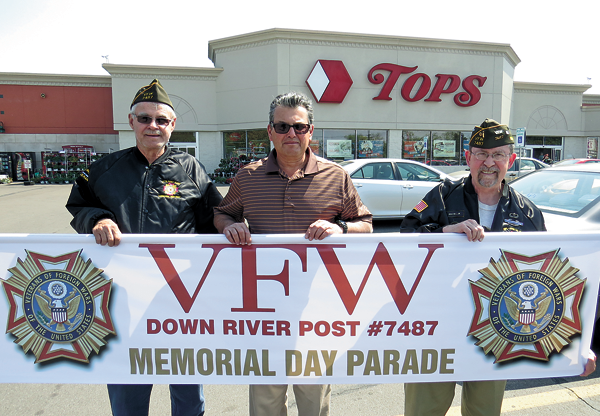 Veterans of Foreign Wars Downriver Post 7487 is making up for lost time.

Without sufficient event funding in 2015, the VFW had to cancel its annual Memorial Day remembrance ceremony, parade and community luncheon. This year, thanks to donations from DiMino Tops Lewiston, Modern Corporation, Niagara's Choice Credit Union, Assemblyman John Ceretto and the community at large, the event is back - and bigger than ever.

"We got a lot of support. We did well," VFW Adjutant Norm Machelor said.

"Once again, we'd just like to thank the community for getting really involved and behind the VFW and the American Legion," VFW Cmdr. Bill Justyk said.

The rain-or-shine Memorial Day parade will have more participants than in past years, as well as a special marshal: Col. Brian S. Bowman, wing commander of the 914th Airlift Wing at the Niagara Falls Air Reserve Station. It begins at 11 a.m. from the Red Brick Municipal Building on North Fourth Street and proceeds to the Veterans Memorial inside Academy Park.

An enhanced observance ceremony will follow at noon, with a C-130 flyover, choral selections from the Lewiston Choraleers, taps by Karl Miller of Bugles Across America, the reading of the honor roll of fallen soldiers, a laying of the memorial wreath, and re-enactors offering a gun volley.

"It's all about the Memorial Day ceremony," Justyk said.

8-year-old Simon Zawistowski of Cub Scout Pack 855, who wrote a letter to the editor last year lamenting the ceremony's absence, is another honored guest at this year's event.

"This year, we've asked him to be the junior honorary parade marshal, and he's going to come in Cub Scout uniform," Machelor said.

"When he gets to the ceremony, we're going to ask him to put one of the flowers on the wreath," Machelor added. "And he has a speaking part."

Following the observance, the VFW and American Legion C.C. Kenney Lewiston Post 1083 will host a luncheon inside the Lewiston No. 1 Volunteer Fire Co. firehall banquet room on North Sixth Street.

"The luncheon is a real lunch," Machelor said.

While the luncheon is free, donations will be gratefully accepted.

The Lewiston Community Lions will sponsor free youth eye screenings, with the assistance of the Town of Niagara Lions, during Monday's luncheon. The Lions use a specialized, no flash-digital camera, which can detect up to 13 different abnormalities in less than 60 seconds, immediately letting parents know if a child needs to be seen by a doctor.

The Welch Allyn spot vision screener is a handheld, portable camera device designed to help users quickly and easily detect vision issues on patients from 6 months of age through adult. The device screens both eyes at once from a nonthreatening three-foot distance. The touch-screen display allows for one-touch activation, simple management of patient data entry, and easy configuration for the vision screening.

Riverdale Cemetery will honor and memorialize veterans of the U.S. military at a ceremony to be held at 11 a.m. Saturday, May 28, at 5605 Old Lewiston Road.

Presenting the colors and ceremonial rifle squad will be members of Conrad F. Kania Detachment of the Marine Corps League. Lewiston-Porter High School students will render musical selections and a history of Memorial Day. A memorial wreath will be presented by the family of the late Robert D. Wilson, a Korean War veteran and Purple Heart recipient. Prayers will be offered for the deceased U.S. military veterans.

Established in 1896 and situated along the Niagara River between Niagara Falls and Lewiston, Riverdale Cemetery is the site of three sections of interred veterans dating from the Civil War to the present.

Saturday's ceremony is open to the public. 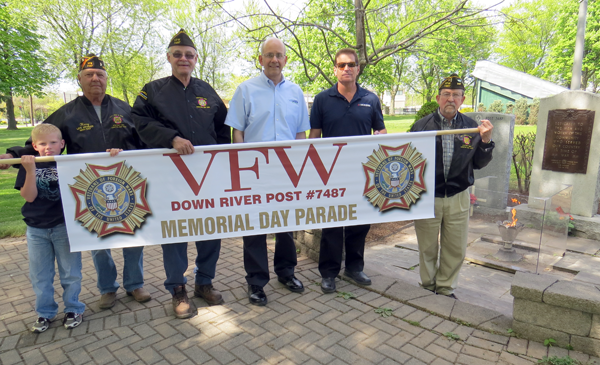