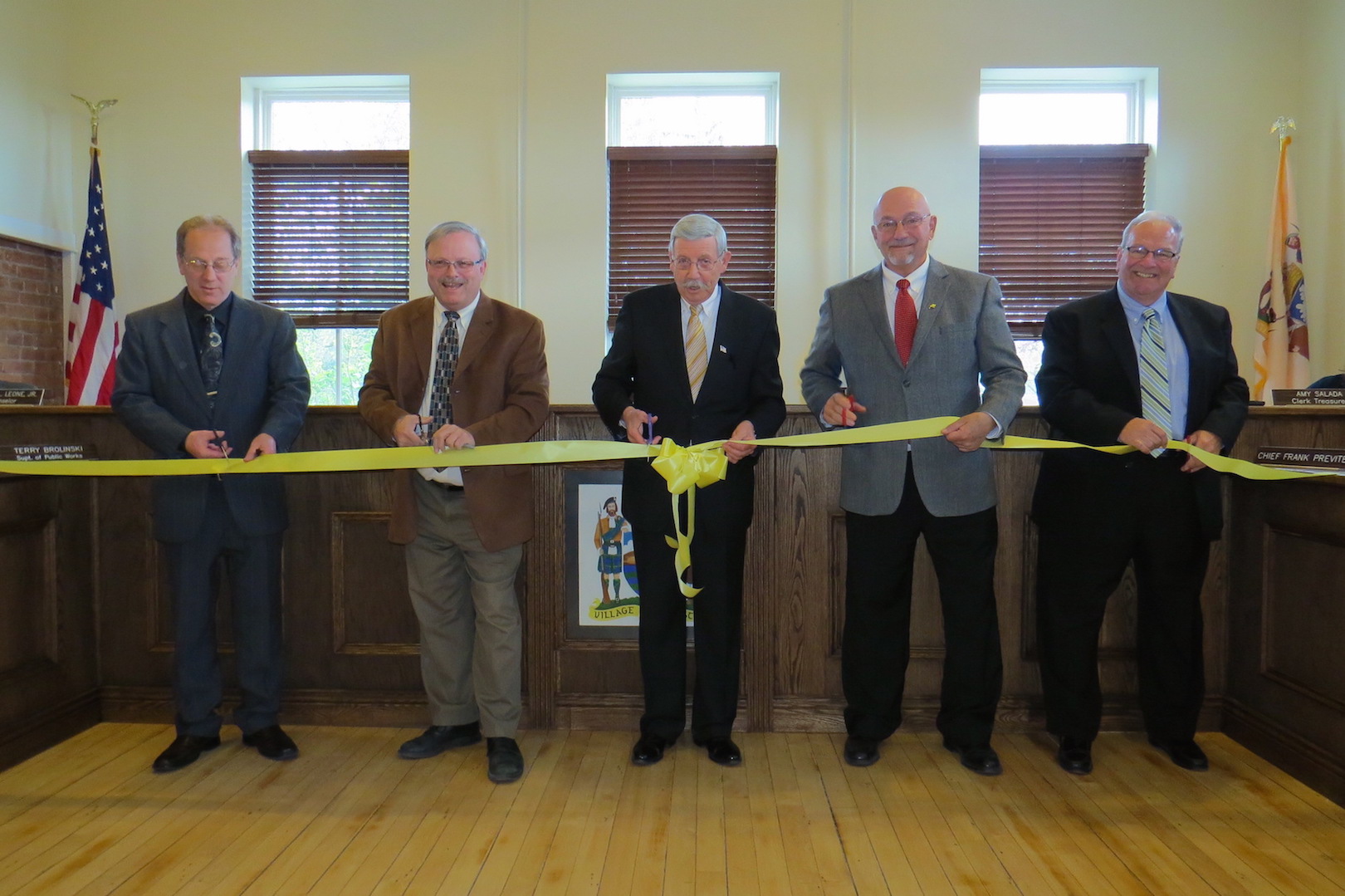 The Village of Lewiston Board cut a ribbon Monday celebrating the grand opening of the new boardroom inside the Red Brick Municipal Building. Special proclamations were presented to trustees Vic Eydt and Nick Conde, who oversaw renovations; Skip and Pam Hauth, who helped with furnishings; and Scott Pedley, who hand-painted the village seal. Spectators also got their first view of the flatscreen TV, which will be used to present plans and proposals.

In addition, a special table was presented to the media members covering the village beat. The stand is made of 150-year-old Douglas fir wood, generously donated by Deputy Mayor Bruce Sutherland and crafted by Matt Clark of Clark's Custom Woodwork.

Clark created a trestle table. He said, "Having a little business with woodworking, doing old tables, any time you get a chance to use old wood ... it's cool."

Sutherland's historic Center Street home was formerly a Presbyterian manse. The wood became available when he recently raised the knee walls in the maid's quarters to enhance his mother-in-law's living space. 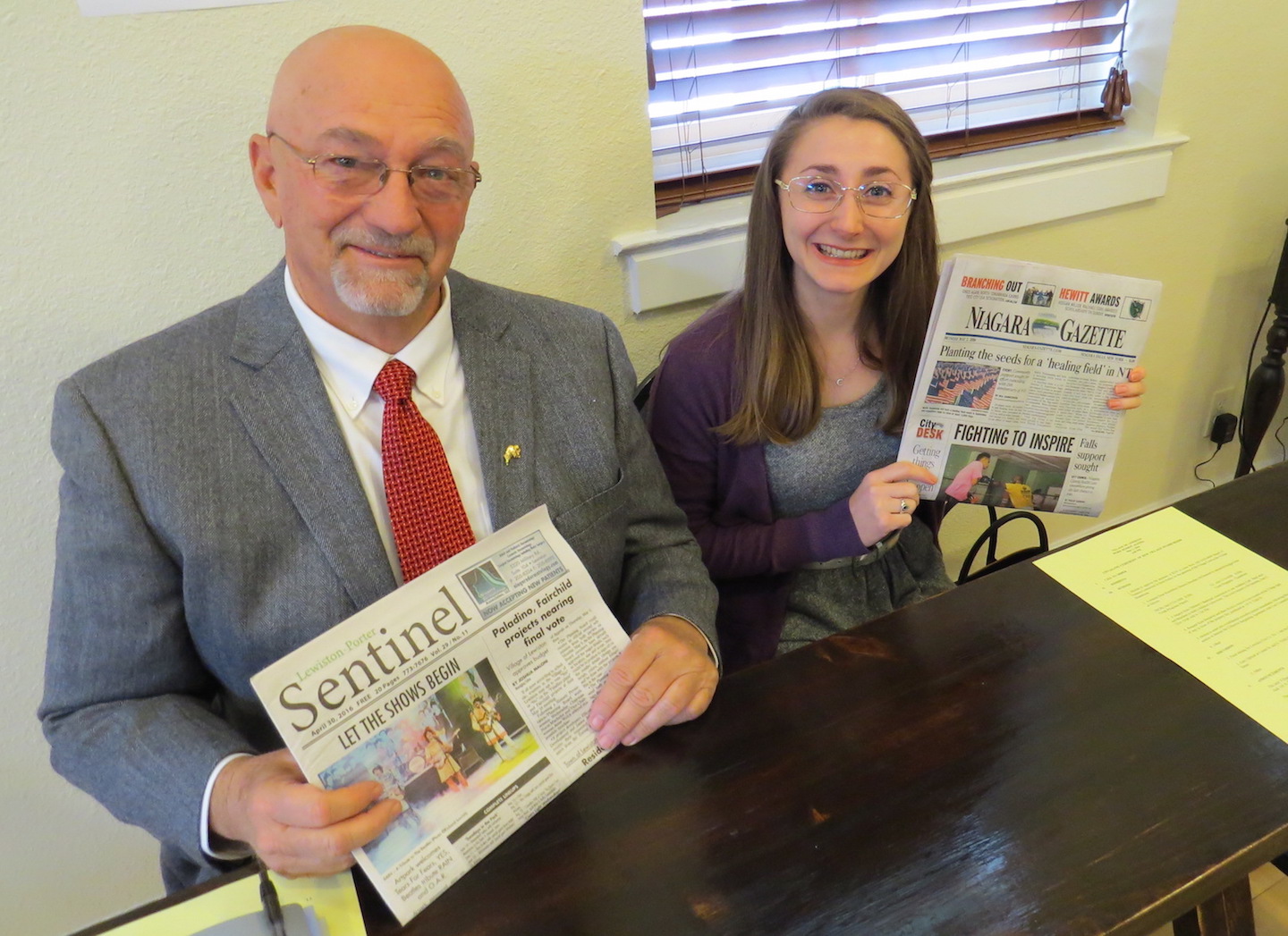 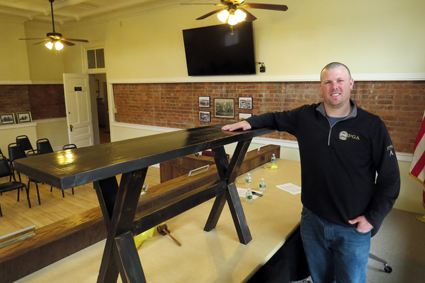 Matt Clark, of Clark's Custom Woodwork, stands next to the media table he created out of 150-year-old Douglas fir wood beams. His business specializes in farmhouse tables, couch and sofa tables and entryways. For more information, visit www.facebook.com/clarkscustomwoodwork.

Mayor Terry Collesano proposed naming the room in honor of Morgan Lewis, Lewiston's namesake and a former New York governor. Trustees are expected to approve such a motion later this spring. (Photos by Joshua Maloni)

"This gentleman is the founder of our village and he's really never been recognized in the Village of Lewiston in any way, shape or form," Collesano said. "I thought it would be an honor if we were to rename this boardroom the Morgan Lewis Village Boardroom." 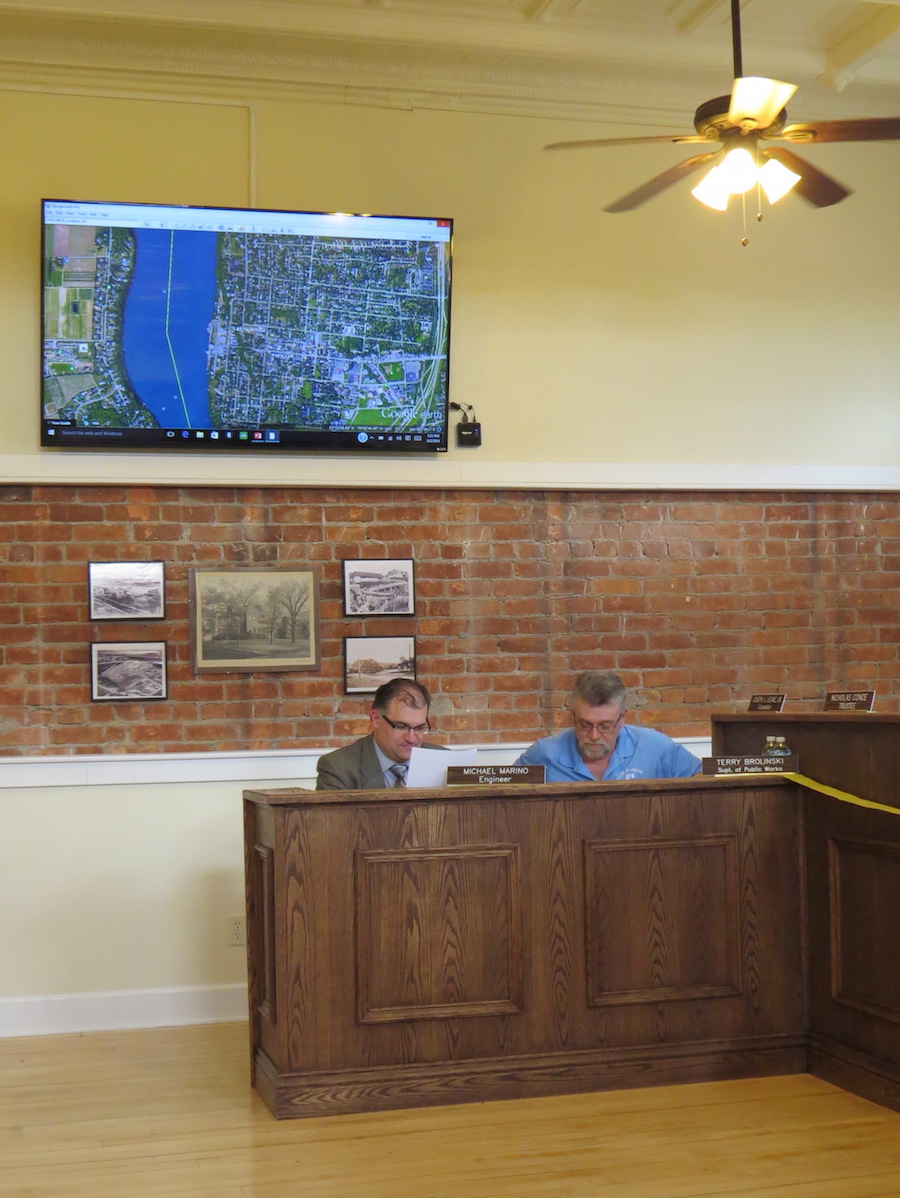 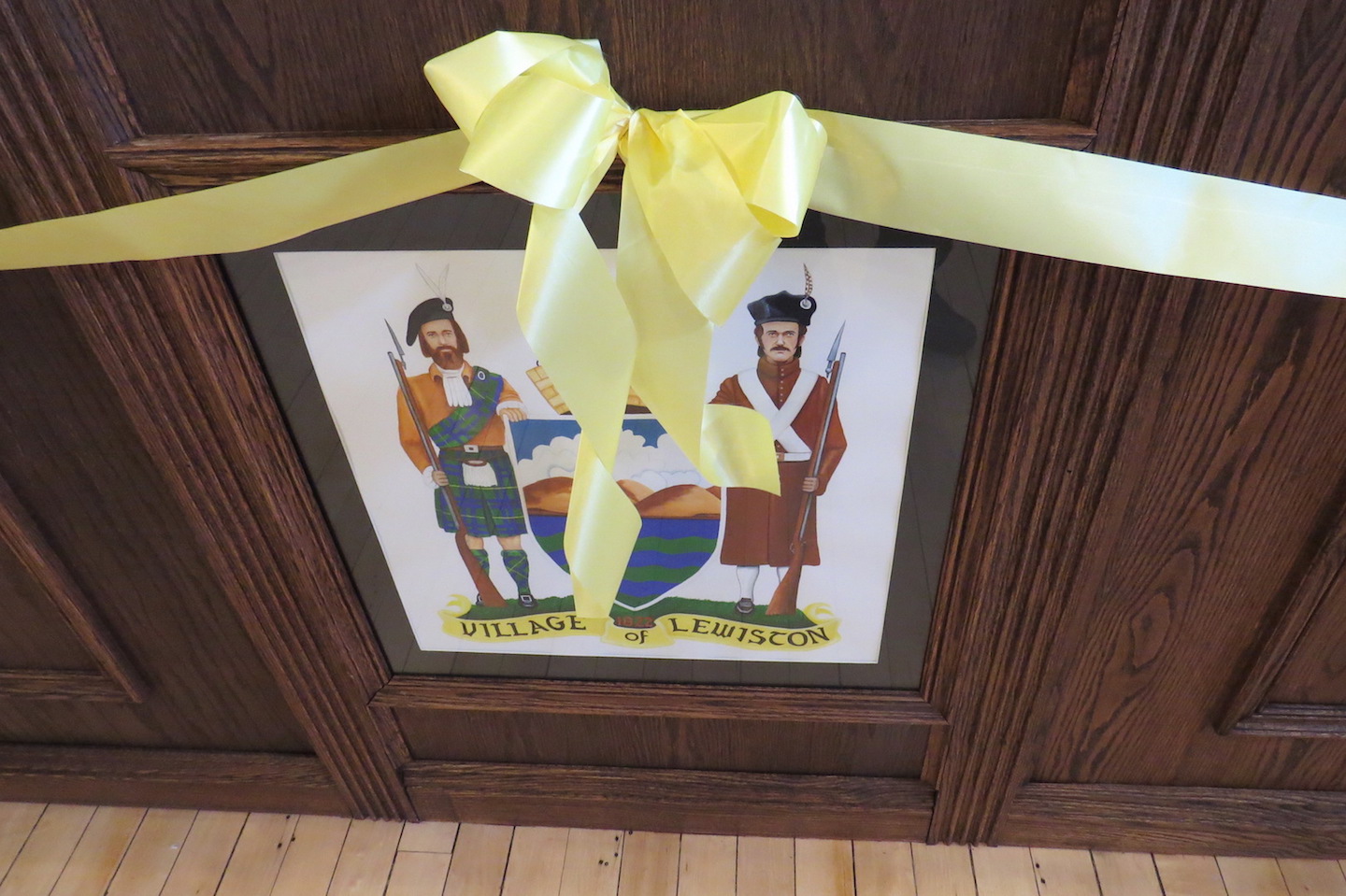 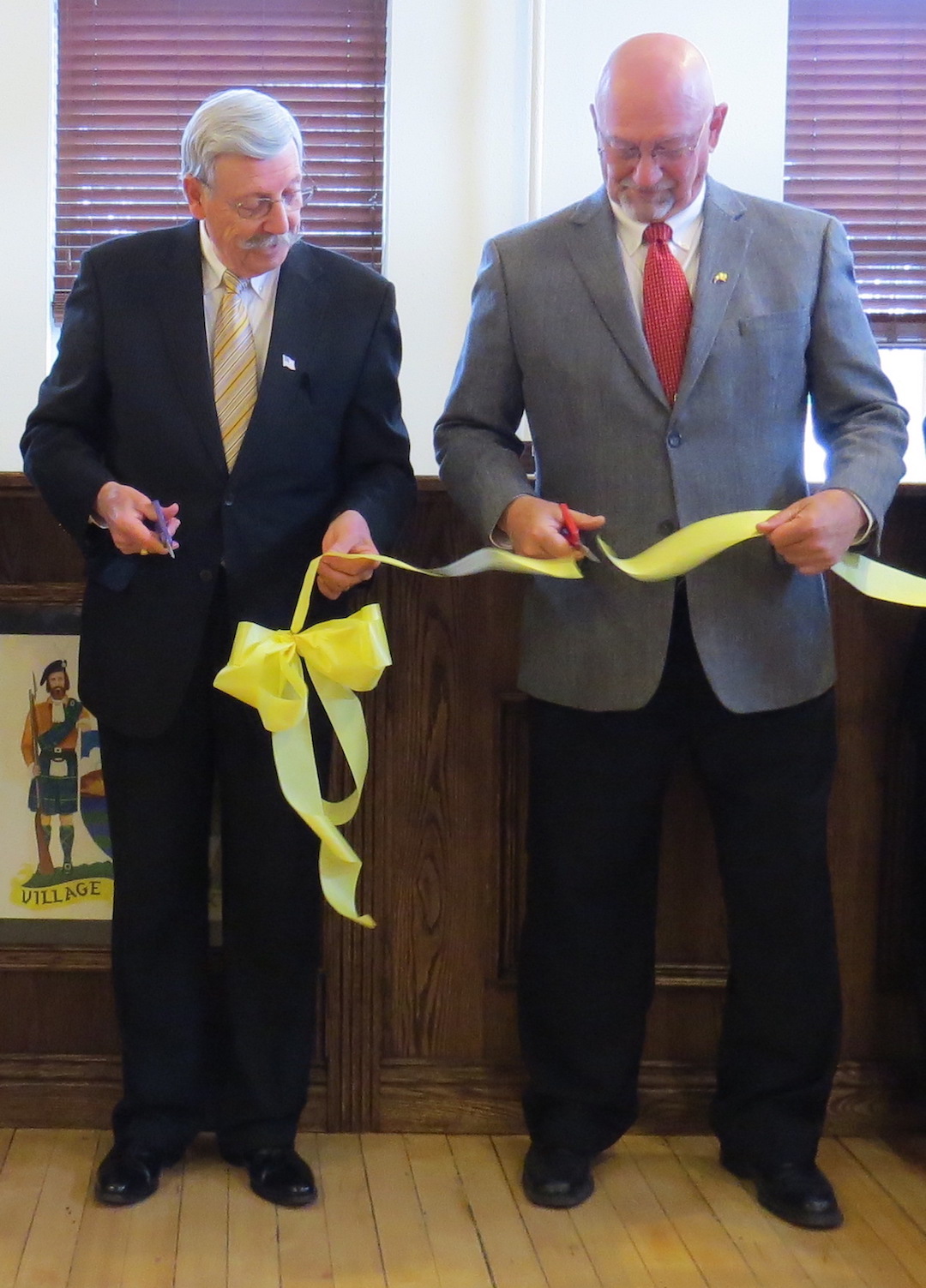 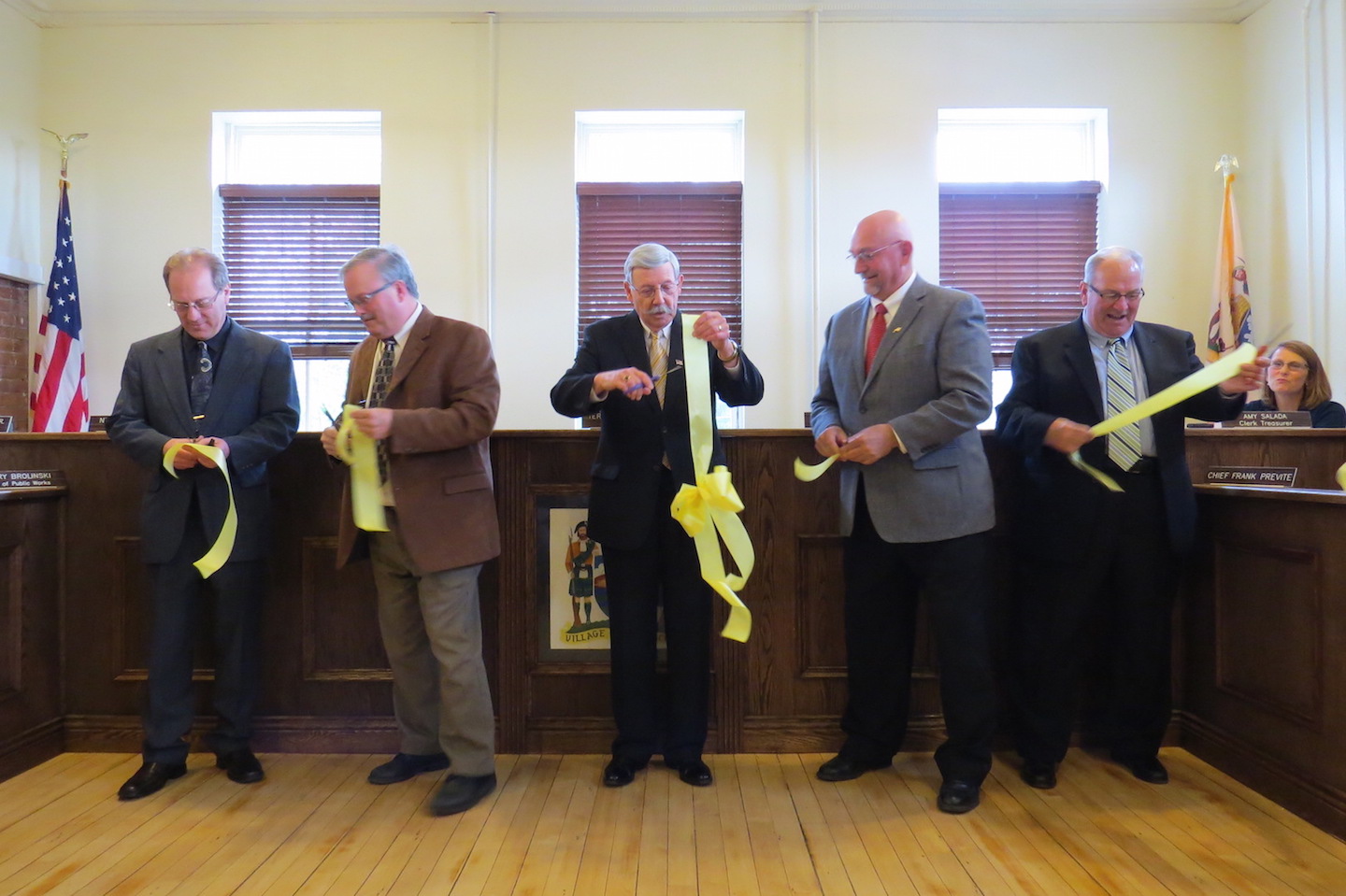 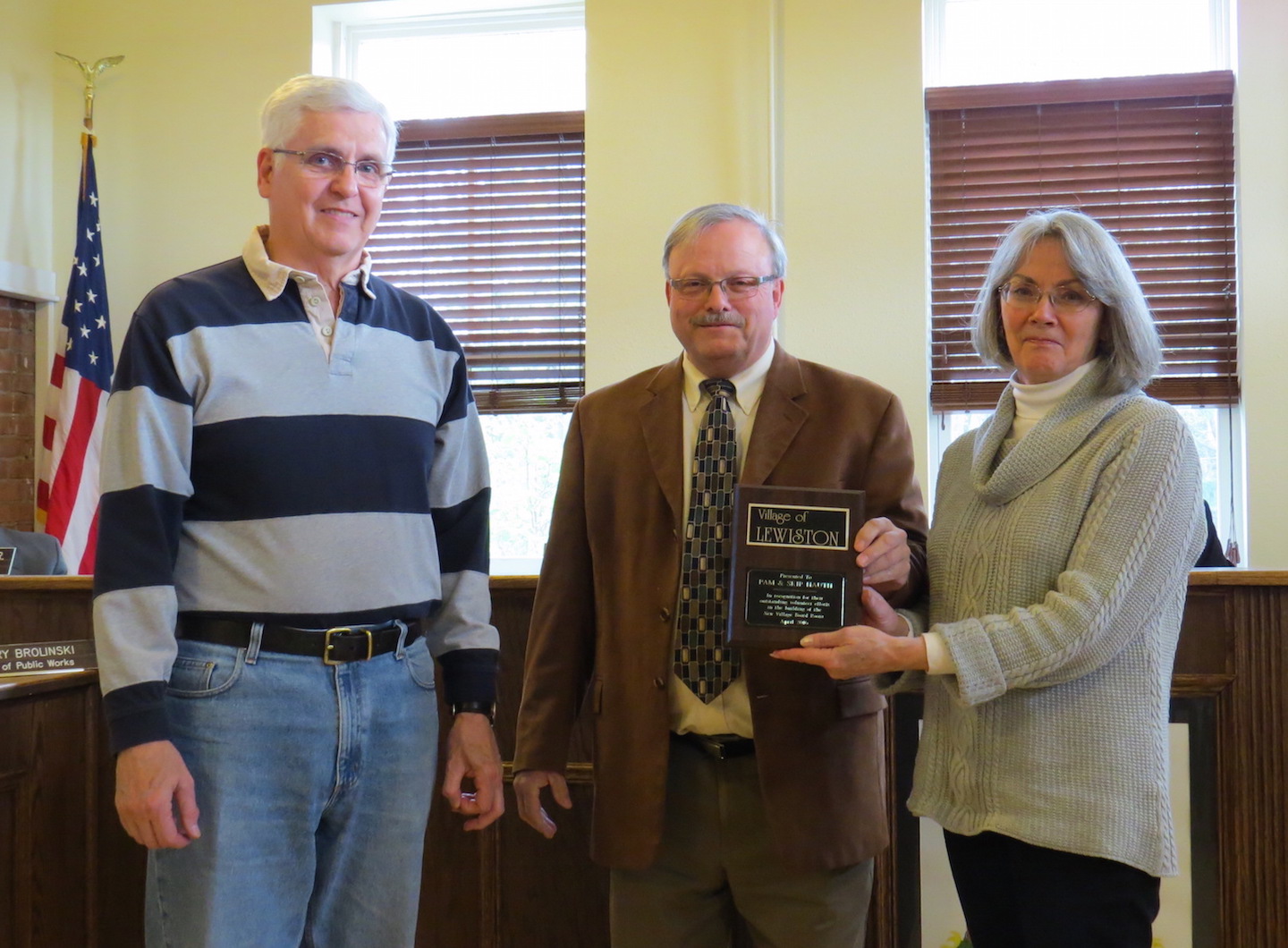 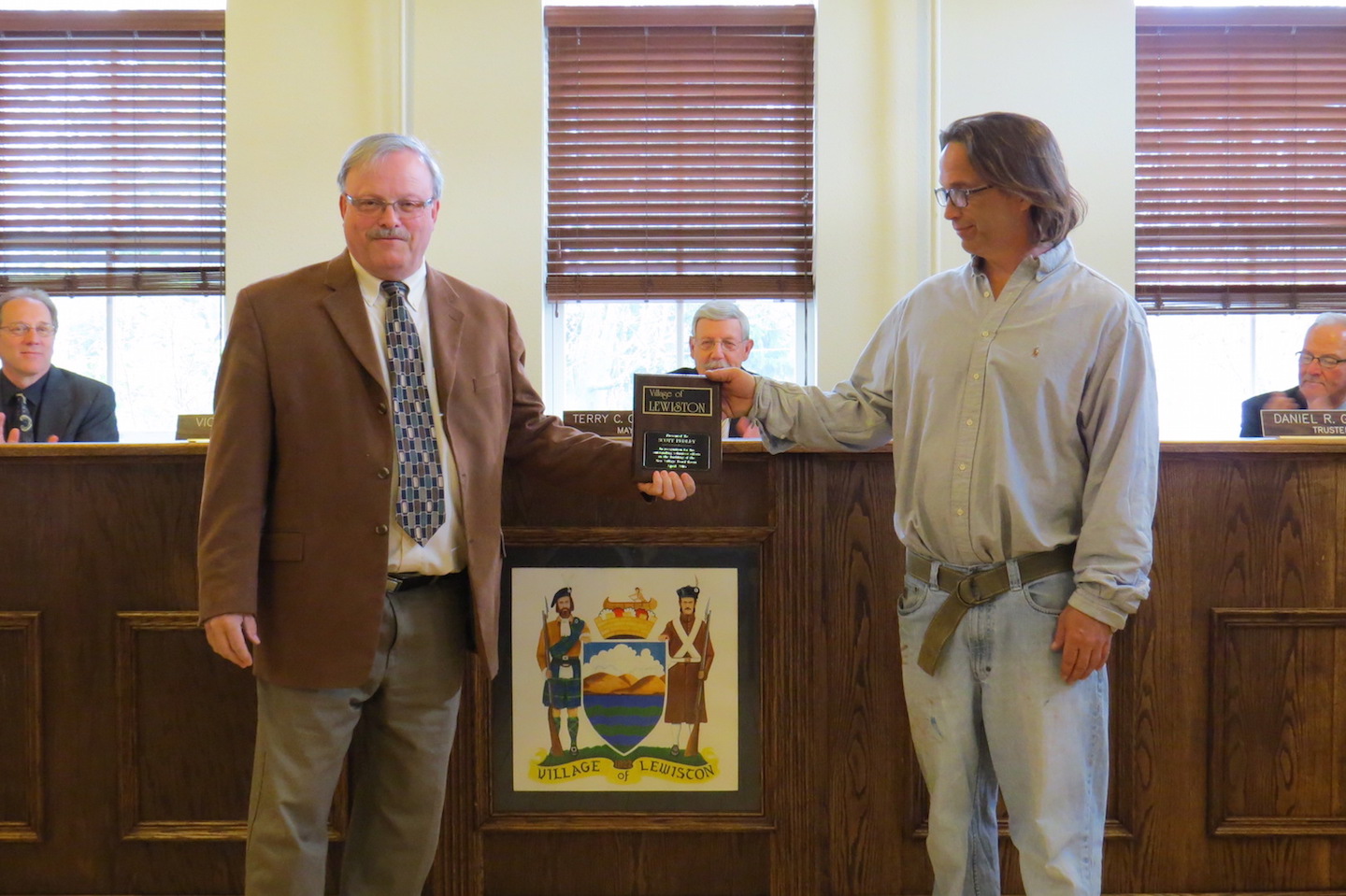 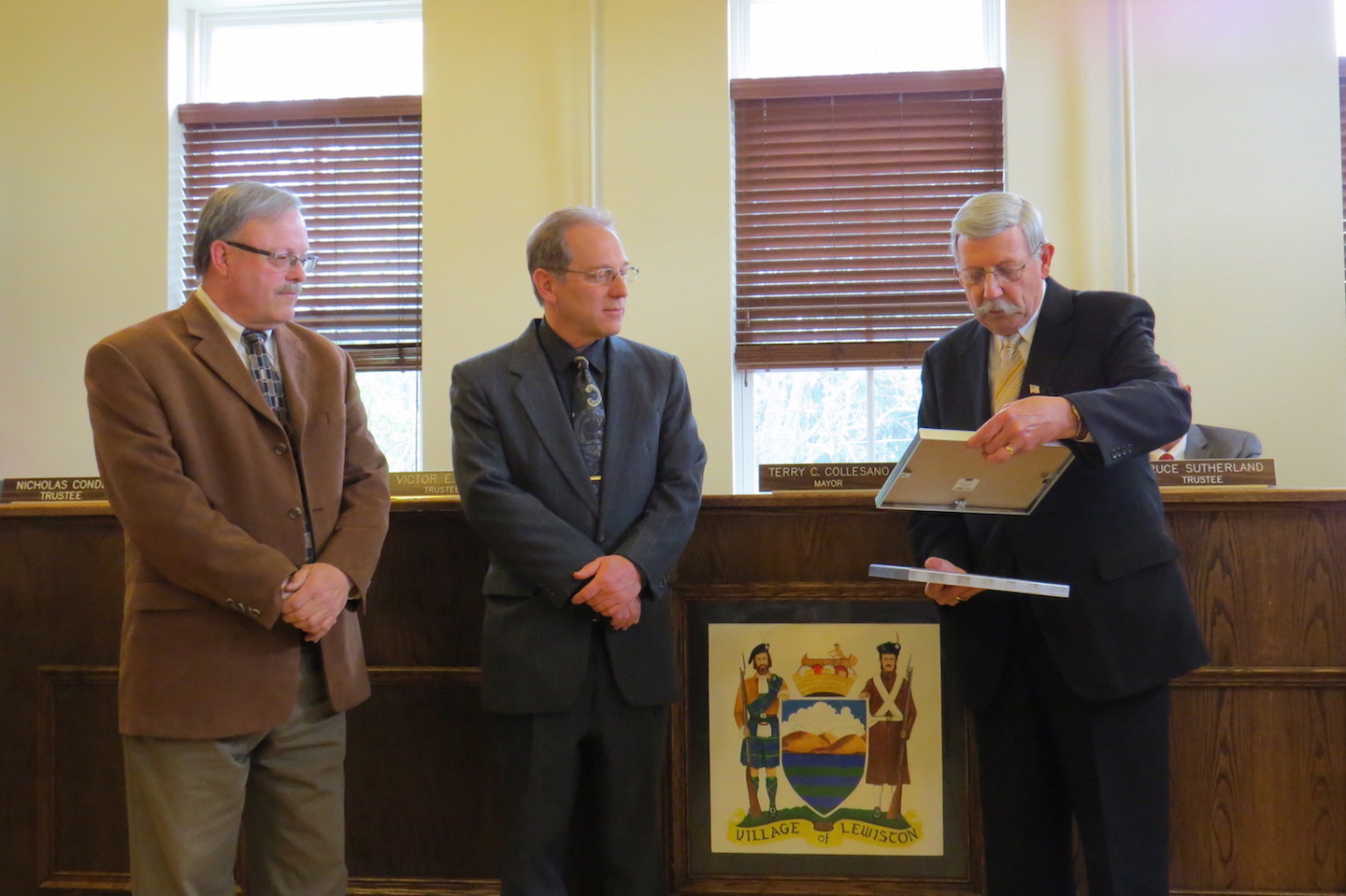 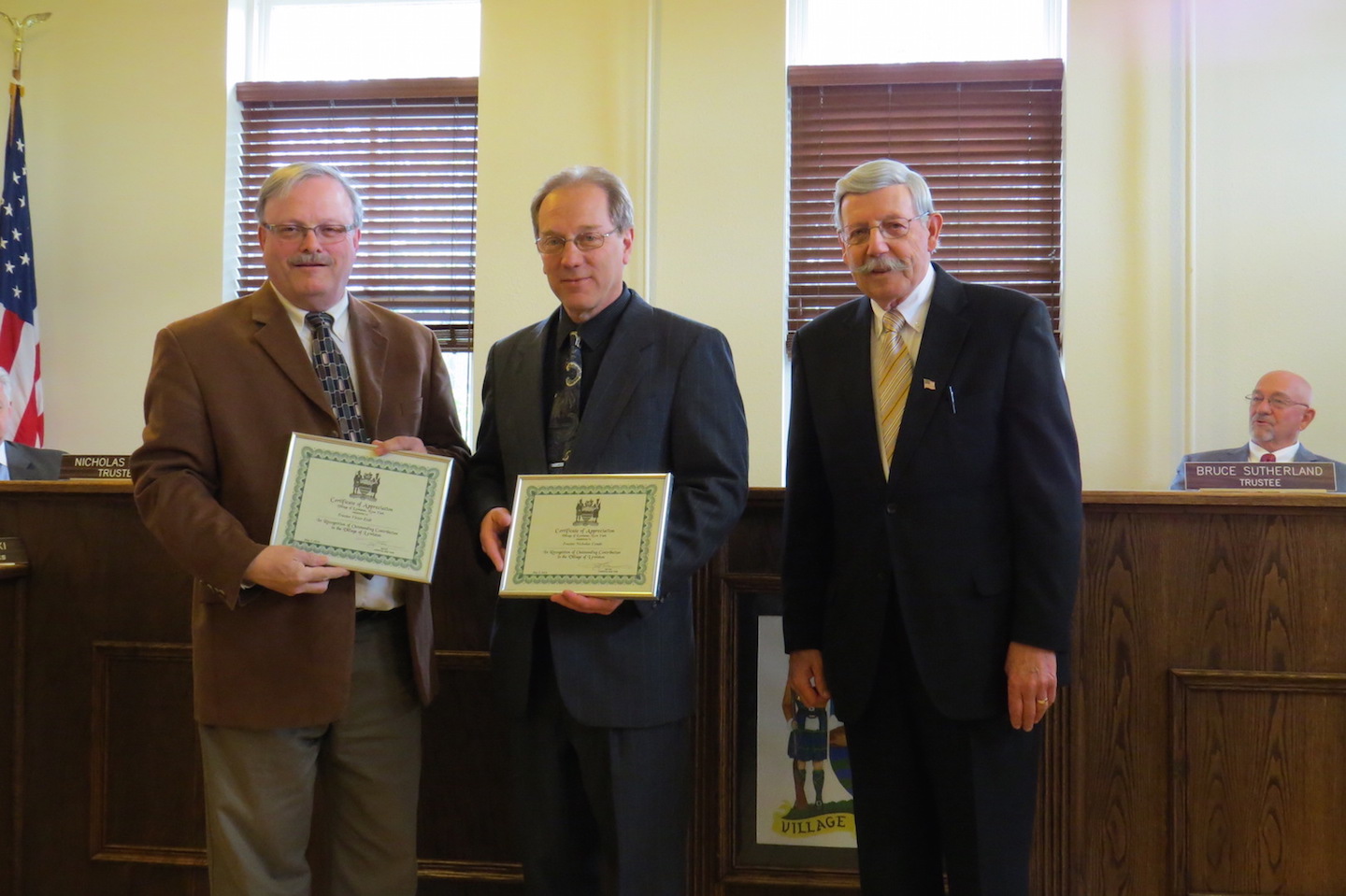