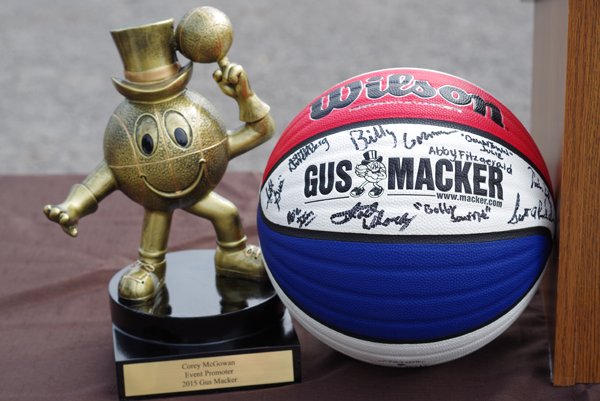 During a meeting with the Chamber of Commerce Monday, Town Supervisor Nathan McMurray called last year's Gus Macker 3-on-3 Basketball Tournament "a great success" despite initial opposition, and plans are to add a Grand Island Night to the 2016 tourney schedule.

As he discussed the first 100 days of his administration, the supervisor highlighted early accomplishments for the Town Board, which he said includes support for the second annual Macker tournament, an event promoted by Corey McGowan Productions that is celebrating its 25th year in Western New York. Registration is ongoing for the second event on GI, which will take place June 3, 4 and 5.

The normally two-day tourney would expand to three days this year. McMurray said a Grand Island-only night is a new wrinkle in the event's list of activities and will include a celebrity basketball game, an 8-foot slam dunk contest, dunk tank, and a 3-point shooting contest fundraiser, among other events in addition to the 3-on-3 competition.

"So the town is getting more involved in Gus Macker," McMurray said.

One sticking point from last year, the tourney's security plan, is a strength. McMurray said the Grand Island Macker will have more private security in place than at any other Gus Macker tourney.