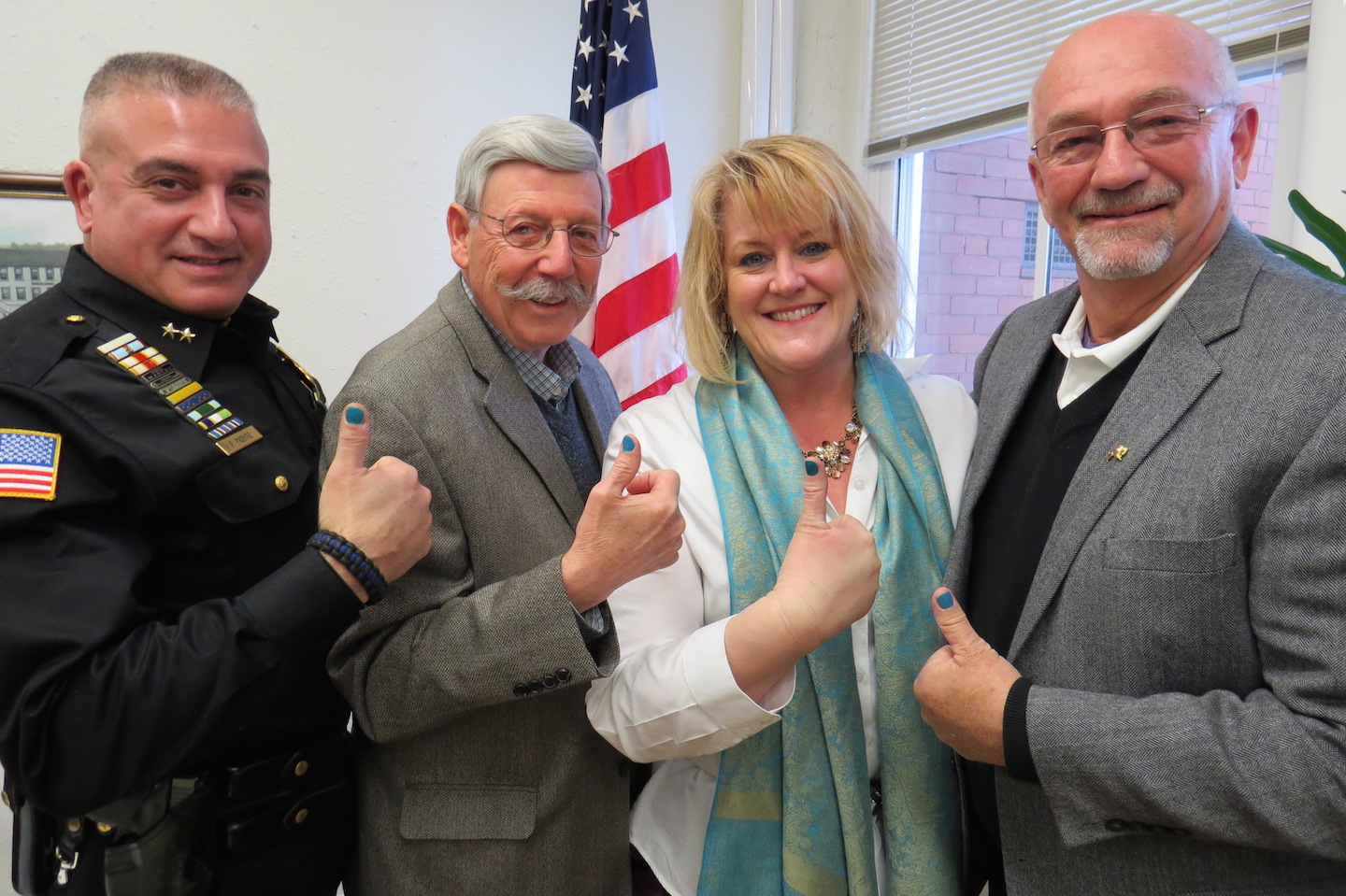 'Thumbs Up for Sexual Assault Awareness': Village of Lewiston supports It Happened to Alexa Foundation

Village of Lewiston leaders had a thumb (or two) painted teal during Monday's work session as a sign of support for the It Happened to Alexa Foundation.

Collesano was a little reticent at first, but said, "If chief can do it, I guess I can do it!"

Sutherland said, "You are good at that!" after Lahrache painted his thumb.

She called the participants "good sports."

Lahrache said sexual assault "isn't a crime that only happens on college campuses. Personally, I've worked with victims as young as 2 years old up to 83 years old. This is something that affects everybody."

The Lewiston-based foundation assists rape victims' families with travel expenses at the time of litigation.

"Typically, 97 percent of rapists never spend a single day in jail. With our foundation's help, we have an 86 percent conviction rate. So, as tiny as our foundation is, we really do very, very big things."

Lahrache will be on site at the Orange Cat Coffee Co. Tuesday morning, painting more thumbs teal in support of the month's mission to raise awareness.

The It Happened to Alexa Foundation is online at http://ithappenedtoalexa.org/.