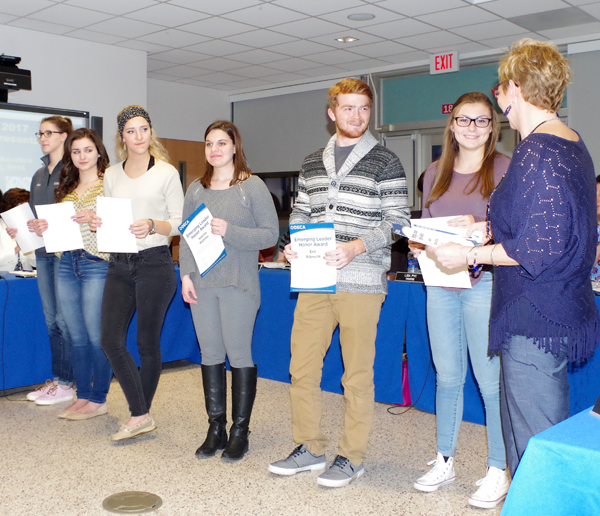 DECA students honored at Board of Education meeting

Nine Grand Island High School students were honored at Monday's Grand Island Board of Education meeting for earning one of the highest awards for DECA seniors.

Business teacher Cheryl Chamberlain told the board at it's meeting Monday that nine students earned the DECA Emerging Leader Honor Award, which recognizes DECA members studying marketing, finance, and hospitality management for being academically prepared, community-oriented, professionally responsible and experienced leaders through their participation in DECA.

"And let me just say that these nine individuals are just that and more," Chamberlain told the board at the meeting, held in the Professional Development Room of Grand Island High School.

DECA is an international business and marketing club with over 210,000 members worldwide.

Chamberlain thanked the board for its continued support of the DECA program.