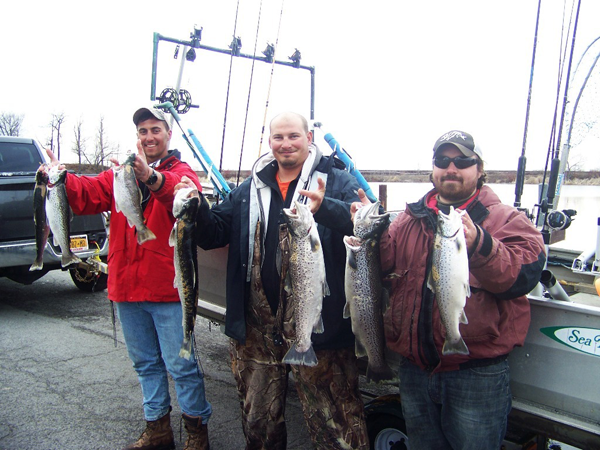 Four years before the French Revolution, in 1844, Alexandre Dumas wrote an adventure novel about the Three Musketeers. In 1993, it was turned into a light-hearted movie. There have been many other books written about the Musketeers. In 2004, it was "Disneyized" starring Mickey Mouse, Donald Duck and Goofy.

Last Sunday, my wife and I were passing by the Wilson State Park launch ramp, and we saw a small boat coming into the ramp. We stopped and watched. When it got closer, we could see it was all equipped with some extravagant fishing equipment, and three young men, whom we called the "Three Musketeers."

When they got tied up to the dock, one Musketeer jumped out and started walking up to the parking lot to get his vehicle and trailer. We rolled down the window and asked him how they did fishing. He came over to the window and told us "how great their day was fishing out on the lake," and all the details. Then I asked, "Where at in the lake?" He said they were fishing closer to Olcott.

When he came back down the hill with his truck and trailer in tow, we went over to see the fish they caught out of their 15- foot Sea Nymph boat. I looked around inside the boat and they were equipped all right: downriggers off the back, planer board mast off the front, a homemade rod holder rack used when fishing on the surface, and all the fishing rods neatly standing up in their rod holders. Those rods still had the lures attached to the ends of the lines, and I could see they were all what is called "stick baits."

Upon glancing further, I saw the fish, which happened to be all German brown trout, lying on the floor all with the gill rakers removed, which is a good idea for keeping the fish fresh. There was a cooler in the boat and I suspect it was full of refreshments, but it was a cool enough day that ice wasn't important to the fish.

German brown trout are not native to North America. The brown trout was first imported to the United States in 1883 from Germany, and introduced to a river in Michigan by the U.S. Fish Commission. The New York state record brown caught hit the scales at 33 pounds, 4 ounces. The world record is held by a New Zealander and it tipped the scales at 42 pounds, 1 ounce, confirmed by the IGFA in 2013.

I asked the boys if I could get a photo of their catch and they were all excited about that.

The guy on the left is Ian Emes. I almost fell over when I learned I knew his dad for many years from my tackle shop business. His father, Chris, took his kid fishing when he was growing up and now Ian is doing it on his own. He won one of the lower Niagara River walleye contests one year.

The guy in the middle is Bob Malvestuto from Niagara Falls. He owns the boat and I'll bet the number of fish that landed in that boat can't be counted. His Sea Nymph boat is a fishing machine. I never met Malvestuto before that day, but when I told him I wanted a photo of the guys holding their catch up, he insisted I get his boat in the picture, too. Malvestuto and his buddies all work together out of the Laborers Local 210 in of Buffalo. A proud bunch of young men, Malvestuto is one of the most congenial I ever met.

On the right end is none other than my good friend's son, Nick Calandrelli. This lad I haven't seen since he was about 12 years old. I couldn't believe it; I was meeting a couple of my old customer's sons in Wilson coming in from fishing. Nick's father, Ernie Calandrelli, is a Niagara River fishing guide, in addition to being an expert bow-hunting guide, veteran turkey hunter and turkey caller, representing Quaker Boy Wild Game Calls. All this and an outdoors educator, to boot.

Ernie has been all over this great country of ours, speaking, teaching and doing live interviews. I could fill a whole column about his endeavors, doing things many of us only wished we could do. Did I mention he is a state and national turkey calling champion, and also a member of our 3F Club? I know Nick is very proud of his dad, especially when he broke out in a big smile when I told him I knew his dad quite well.

As you can see in these young men, "an apple doesn't fall far from the tree." They learned when they were young and are still doing their thing - and will keep doing it for the rest of their lives.

•It's fishing season now. The streams are filling up with fish, and the lakes and ponds are getting active. Just dress warm and get out there. Under 16 years old, you don't need a license, and 70 years or older, the cost is a measly $5. Licenses are good for one full year after purchase.

Remember to take a kid fishing to get him on the right foot, then he'll learn safety, how to fish and be able go on his own. (Boy or girl, for that matter.)

Dads, grandpas, uncles, aunts and so many others would love to get out and enjoy the things that are around us, and sometimes we take it for granted.

"Outdoors is where it's at."