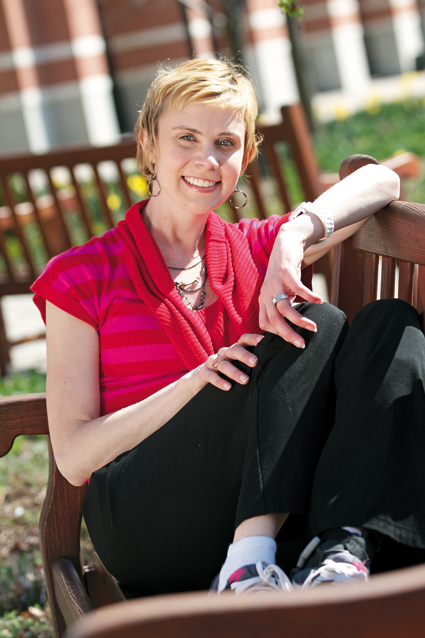 Kali Korzelius lived with the mantra, "I want to bring life to the people." An event in her memory will do both that and raise money for young people with cancer.

The former Kali Mordaunt, Korzelius graduated from Grand Island High School in 2003 and went on to get a Bachelor of Science degree in psychology from SUNY Albany, then a master's from the New School in New York City.

While in college, she was diagnosed with brain cancer, which would eventually claim her life in September 2012. In the six years while on treatment for brain cancer, Kali's slogans were "Cancer is Stupid," and "Young adults with cancer should get busy living."

Korzelius lived to give back, whether it was to elderly Grand Island residents while in high school or to disadvantaged youth in Albany as a college student or later to foster-care children in the Bronx. Then, after she was diagnosed with cancer, she and her husband, Matthew Korzelius, became active with stupidcancer.org, an online community of young adult survivors, which has a motto, "I'm Too Young For This."

Kali also became a Roswell Alliance board member and was honored after her death with the Katherine Anne Gioia Inspiration Award, given each year to a volunteer dedicated to inspiring others in the battle against cancer.

Kali's Stupid Cancer messages remain alive in events like Love Fest, being held in her memory from 7-11 p.m., Friday, March 11, at the Pearl Street Grill & Brewery in Buffalo. Love Fest is designed to be nothing but fun while supporting young adults facing cancer through the WNY Young Adult program at Roswell Park Cancer Institute - a program Kali built.

Young adults, ages 19 to 39, a largely unknown group in the war on cancer, account for approximately 72,000 new diagnoses yearly. When compared to all other age groups, survival rates and quality of life for the young cancer patient has not improved in 30 years. The WNY Young Adult program at Roswell is addressing this disparity.

At the beginning of young adult lives, they face daunting challenges with dating, fertility, insurance, employment and returning to work. Their lives after the devastation of treatment and the fear of relapse from a disease remain their back story for the rest of their lives.

Young adults may not want to attend traditional support groups. Instead, their support groups "meet" on social media, or in happy hours, sports venues, dinners and special programs addressing the issues they are facing.

Love Fest is in keeping with Kali's fun and whimsical side. It's a '60s- and '70s-themed event with live music performed by the Korzelius brothers, Matt and Dan, and the Soul Providers, two-hour libations, open bar, food stations, games/prizes, silent auction, raffles and more. Tickets can be purchased online at www.facebook.com/LoveFestBuffalo - click "buy tickets.