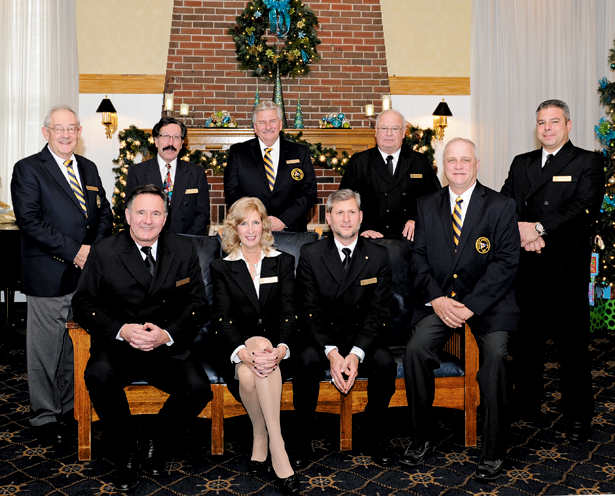 For the first time in its 113-year history, the Buffalo Launch Club's commodore is a woman.

Rhonda Ried is enthusiastic about launching her new leadership role. She said it is not about ego, proving a point or being the first anything.

"I've had a lot of support and a lot of people who haven't considered it (her gender) as a negative," she said. "In fact, there's a lot of positivity."

Formed in 1903, the Buffalo Launch Club was male-dominated for many years, finally accepting women members in 1995. Back when she joined, Ried noted, females were a very low percentage of the membership - 10 women out of about 250 members.

With those numbers, she said at first she felt "awkward" and was afraid to get involved. The first committee she joined was Membership, which, coincidentally, was headed by Teresa Hooper, a third-generation member who joined in 2000 and became the first woman director of the BLC. Back in her grandparents' day, Hooper has said, women could only go to the club on certain days.

Now, Ried is ready take the club to the next level. "Gender has not really been an issue," she said. "It's just about doing a good job, making this experience better, bringing along the next generation and (focusing on) our heritage. It is about the chance to continue to make a difference."

Making membership fun and "remembering who we are" are Ried's twin priorities as commodore. Activities for young families and continuing the club's heritage are a big part of her strategy. 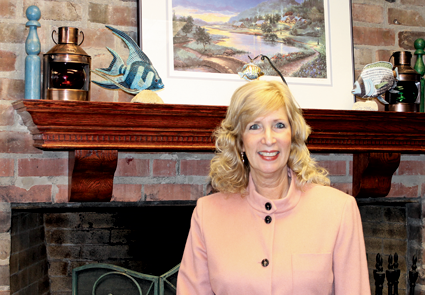 Ried has plans to strengthen the club's mission as the oldest power boating club in the world. She aims to do that by "promoting the nautical skills of our members."

She has been an avid boater since 1985, with a 39-foot Silverton cabin cruiser and a 20-foot Sea Hunt. But she points out, "You don't have to be a boater to be a member." In fact, she said, the social and recreational aspects of the club are very important to its success, with a social membership established two years ago. However, she would also like to steer the club toward its essential mission of boating for the next generation, in keeping with the club's legacy.

"Let's teach the kids boating, and that will make people want to join the club," Ried said. "This will change the complexion of the club and fulfill the original mission."

"It is an exciting time to be a member of the Buffalo Launch Club," he said. "Rhonda brings a lot of fresh ideas and real-world experience to the table. Her tenacity and knowledge are going to help her to be a great commodore."

"It is a better time than ever to have families join the club. We are working on a junior power boating club subcommittee to promote boating and nautical education for our members' children and grandchildren. This is in its infant stage but appears to be well-received by the majority of people I have spoken with."

Pomaranski and his wife, Katie, will co-chair the subcommittee.

The Buffalo Launch Club is blessed with a superb view of the Niagara River, a beautiful marina and grounds, an iconic lighthouse and a well-appointed dining room, banquet room and bar for the enjoyment of members. The BLC is also popular with the public as a destination for weddings, special events and celebrations.

Ried is a resident of Tonawanda and president of Cornerstone Research & Marketing in North Tonawanda and Ruth Diamond Market Research in Amherst. Her husband, Gregory Ried, is vice president and general manager of Entercom Buffalo, owner of eight radio stations in Buffalo, including WBEN, WGR, WKSE Kiss 98.5 and WTSS Star 102.5. He will be the first male head of the Mates, the group of members' spouses. Their daughter, Amber, 21, is in her final semester at the State University College of New York at Geneseo, where she is majoring in social work. Ried's stepson, Ryan, and his wife joined the Peace Corps and are teaching in Lesotho.

Rhonda Ried has been an adjunct professor for 33 years at the University at Buffalo, where she teaches courses in principles and techniques of advertising. She is on the board of the Chamber of Commerce of the Tonawandas and on the Diocese Department of Catholic Education Advisory Council.

She began her journey "up the flag" to the BLC's top job by asking, "Where can I make a difference?" Her answer was to focus on the membership. "I want to help make everyone's experience better," she said. "I am a listener. If someone has a complaint or suggestion, I want to act on it."

A club member for 11 years, Ried is entering her second three-year term on the board. She started her leadership role as rear commodore, with an initial task of planning the club's parties. She won the club national publicity, good will and significant revenue by bringing in "Cigar Dave" Zeplowitz, host of the nationally syndicated radio show "Smoke This!" She and an active committee of 46 people created the Kids Sub-Committee and added seven new social events.

In her first two years as a director, she helped bring in a whopping 84 new members. She credits fellow members Rick Lewis and James Kalec in the effort to bring in new lifeblood to the club at a time when resignations and turmoil were rampant.

Then as vice commodore in charge of the Management Oversight Committee, she even taste-tested dishes prepared by chef candidates before the club went with current executive chef William Smith. She has worked closely with General Manager Timothy Pike to improve staffing, hiring, training and the quality of food and beverages at the club.

Pike is confident in the skills of the club's new commodore. "Male or female, she's definitely qualified for the position at the club," he said.

"It's becoming more commonplace in society" that women are achieving in positions that they had been previously frozen out of," he said. "I am looking forward to a very successful 2016."

With a focus on better communication, teamwork and outreach to young families, Rhonda Ried also is looking forward to her year as commodore. "I am really excited - crazy excited." 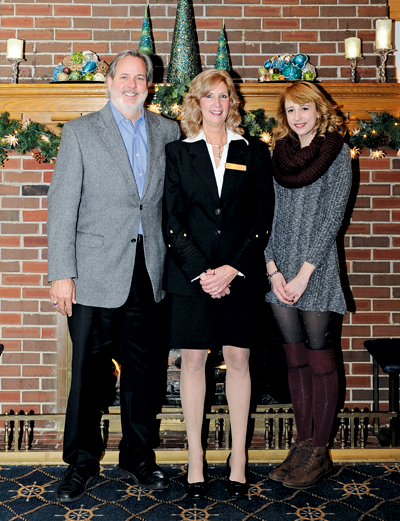