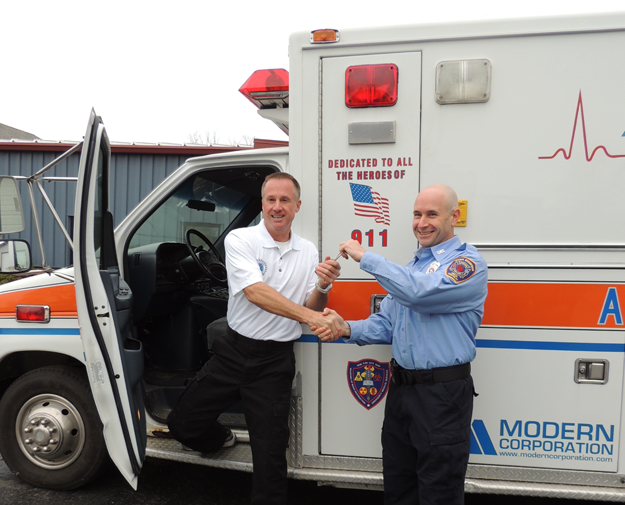 The Ministry of Health of Belize, a small country in Central America, has been underfunded for decades. Many of the health services we enjoy in the United States - like ambulances - are nonexistent.

Upper Mountain Fire Co. recently agreed to donate one of its old ambulances to San Pedro. The city, roughly the size of Lewiston, has never had an ambulance.

This gesture came to reality as the result of discussions by Alex Parmelee, operations manager of San Pedro Emergency Services, and his friend, Dominick Walenczak, of Upper Mountain Fire Co.

Parmelee, a former Upper Mountain member, has spent several years in San Pedro studying to become a licensed doctor in Belize. He brings 25 years of paramedic experience to San Pedro. Walenczak has been a paramedic for 10 years and met Parmelee during a trip to Belize.

The ambulance, originally acquired by Upper Mountain in 1992, will replace a failed tuk-tuk ambulance project by the Ministry of Health.

"A tuk-tuk is a three-wheeled motorcycle with a box on the back," Parmelee said. "The box is 1 inch shorter than 5 feet. You can't fit a person in the back without bending their legs."

Parmelee acquired another ambulance and medical equipment, which he plans to drive down to Miami and set it on a barge destined for San Pedro.

"The people of San Pedro are excited to get them," Parmelee said. "They will be in disbelief to actually see them."

For 23 years, this ambulance carried a mission of caring for people. Instead of being stripped for parts, the ambulance now gets a new life to carry on that mission in San Pedro.