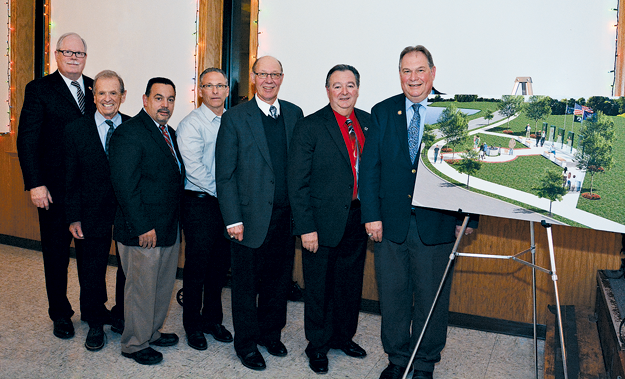 For Our Veterans: Town of Niagara's first Veterans Appreciation Dinner a success

"From what I understand and, from what everyone has talked about, the response has been nothing but positive," Town of Niagara Supervisor Lee S. Wallace said.

Local veterans and their families were welcomed by officials of the Town of Niagara for a meal and preview of a rendering for a prospective memorial and walkway at Veterans Memorial Community Park.

"The initial reason for doing it (the dinner) was to start something," Wallace said. "Next year, hopefully, if the memorial is up, or even if it isn't up, we will probably start a process, yet to be determined, of enshrining individuals into the memorial walkway. And that will be a part of the program starting next year."

"The attendance was outstanding for our first time and it was the least the Town of Niagara can do moving forward for all that the veterans have done for this country over the years and the sacrifices they have made," Wallace said. 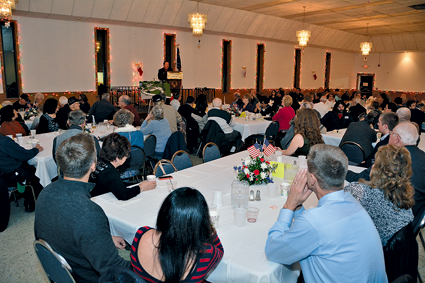 Lee Wallace addresses the crowd made up of local veterans and their loved ones at the Veterans Appreciation Dinner. 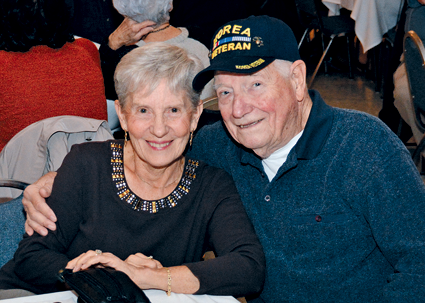 Local veterans and their families attend the dinner. 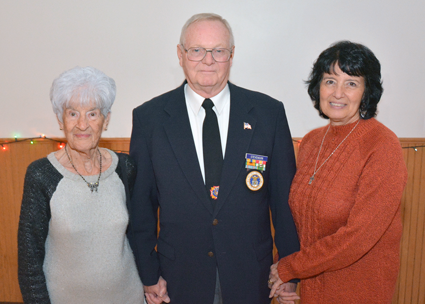 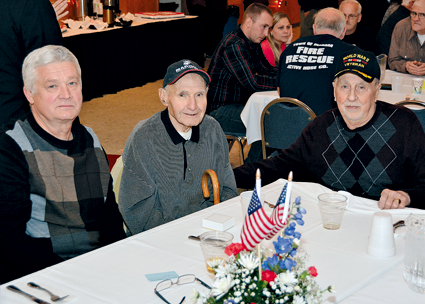