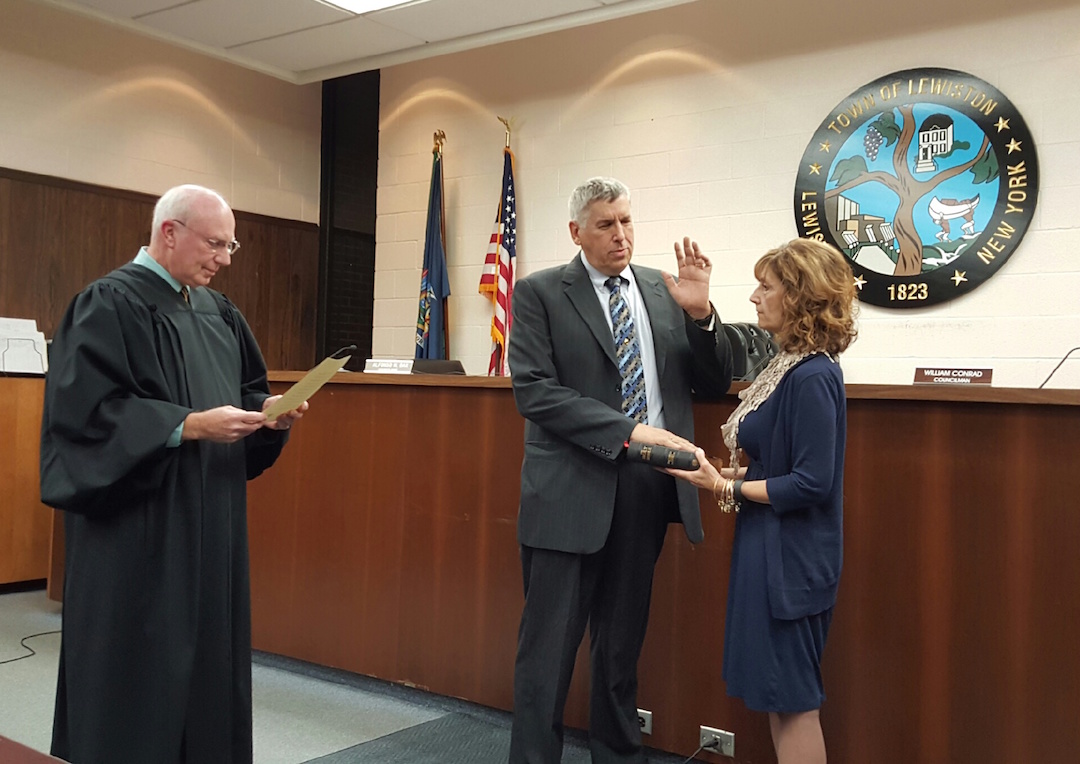 Winkley sworn-in as supervisor in Lewiston

The Town of Lewiston Town Council voted Monday to place Ron Winkley in the supervisor position until Steve Broderick takes the reins in January. The former Lewiston Police Department chief and Village of Lewiston trustee has served with this board since 2011.

Former Supervisor Dennis Brochey resigned last week. He and his wife, Cathy, bought a home in Las Vegas to be near family. Deputy Supervisor Mark Briglio sought Brochey's position, but lost to Broderick in the recent election.

Winkley is one of four Republicans on the council. Briglio is a Democrat.

The Town Council also adopted a revised, $15,588,294 million budget that does not include a town tax.