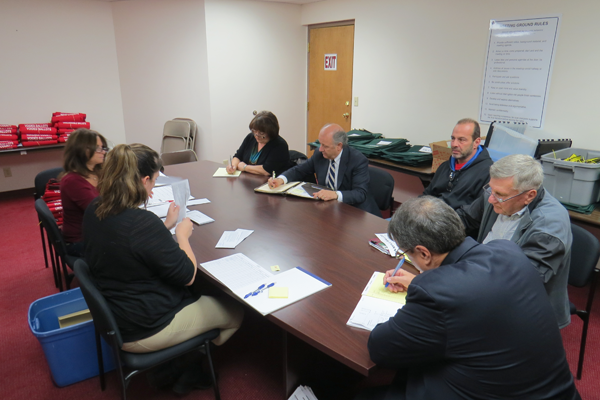 Town of Lewiston election: Janese ahead of Trane; Morreale holds on

Following more than three hours of absentee and affidavit ballot tabulations inside the Niagara County Board of Elections Tuesday, Republican Town of Lewiston Highway Superintendent Doug Janese has taken a four-vote lead over Dave Trane. Newcomer Rob Morreale, meanwhile, has taken an eight-vote lead for the second available Town Board seat.

The election results are not official, and the Democratic Party may contest 14 disqualified affidavits on behalf of Trane, who led Janese by 29 votes on Election Day.

Morreale had a 20-vote lead over fellow Democrat Francine DelMonte last Tuesday. He now has 1,642 votes, slightly more than DelMonte's 1,634 and incumbent Republican Bill Conrad's 1,606. Republican Bill Geiben handily took one board seat. He was the top vote-getter with 1,879.

Those seeking an opportunity to vote, whose names do not appear in a poll book, are given an affidavit. Seven affidavits were counted, including one that was approved by the two Niagara County Board of Elections chairwomen after the initial tally.

One hundred and sixty-nine absentee ballots were counted. Eight were ruled invalid.