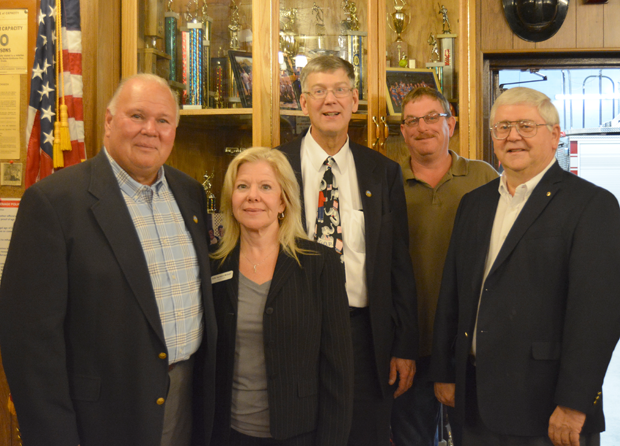 Cliffe to take on 4th term as Wheatfield supervisor

Republican Robert B. Cliffe is set to begin his fourth term as Town of Wheatfield supervisor after winning the election against Democrat Gerald J. McCormick and Independent Thomas J. Larson, representing the No Bio-Sludge party.

"It's nice to be vindicated for all that we do," Cliffe said. "I think that our whole team, our whole Republican team, keep our ears to the grindstone and we listen to what people have to say, and if there's problems we find a solution that works for everybody. We do our best."

"I think what it is, is we listen," Cliffe said. "The most important thing as a political is to listen. Yes, you have your own ideas, but if you stick to your own ideas, you're not going to go very far. The trick is to find the ideas of everybody and try and turn that into a plan."

"I'm just hoping to continue with the things that we have laid the groundwork for in this first year, which is a lot of different projects that we're working on," Wallace said.

Many of these projects involve rehabilitation efforts, including "The Weber property; the army site; the Belden Center sewer project; we'll try to get some movement on Military Road School," Wallace said. "We'll be doing some more things to the playgrounds and the park."

"I look forward to the two new Town Board members to work with," she said. "It is always interesting to have new ideas come forward."

Democrat Samuel Gatto is leading for a councilman position with 650 votes. However Republican Richard A. Sirianni and Democrat Robert J. McDermott Jr. are separated by a mere 15 votes (Sirianni with 583 votes and McDermott Jr. with 568 votes), making it too close to call with pending absentee ballot results.

"I'm just hoping that the groundwork that we've laid and the new board - because we have two new members - will fall right along and we'll have the same kind of corporation and the work ethic while I was in the first year," Wallace said.

Virtuoso looks forward to the new term. "We always try to improve with all of our services as much as we can," she said. "Whatever the new ideas are they bring aboard, we try to work with them."

Arthur Pappas has been elected for his first full term as City of North Tonawanda mayor. Pappas came into office when he took the place of former North Tonawanda Mayor Rob Ortt, who went on to become the New York State Senator in District 62. Pappas beat Democratic opponent John Tylec with 60 percent of the vote (a total of 3,031 votes).

Tylec brought in 2,057, but that wasn't enough to overcome Pappas.

"I'm elated," Pappas said. "I'm just very happy that the people have confidence in me to continue the next couple of years, and I want to thank my opponent for running a good, clean campaign. We remain friends and we want to continue to keep NT moving in the right direction - a positive direction."

Pappas said he feels the people of North Tonawanda want to keep their city "moving forward" in economics, culture and education.

"We want to make sure we continue to improve our economic policy and keep moving more businesses and jobs into the city and, of course, the infrastructure is always an ongoing job and we want to continue with that. We're going to make NT the best place to work," Pappas said.

He looks forward to meeting more and more people during his new term.

"There's so much talent out there and so much potential out there, not only with the city, but the people themselves," Pappas said. 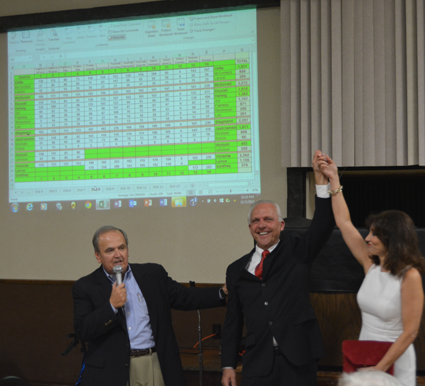 Republican Joseph A. Jastrzemski celebrated his victory of being chosen as the new Niagara County clerk at St. Johnsburg Fire Co. Tuesday night. He defeated Democratic opponent Jamie R. Moxham 16,730 to 14,268. From left: Maziarz, Jastrzemski and his wife, Kathy.