Town of Niagara to kick off holiday season with annual event

Although trick-or-treaters are gearing up for Halloween night, residents and officials of the Town of Niagara have already begun preparing for the upcoming winter holidays.

The 11th annual Electric Lights Parade is set to take off from Fourth Avenue and down Military Road at 5:30 p.m., Saturday, Nov. 7. 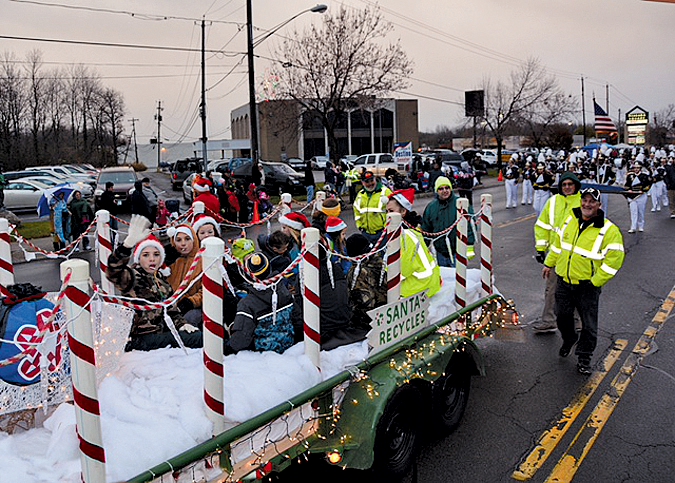 Applications to take part in the parade lineup are currently being accepted until Nov. 2 and can be obtained online at www.tnbpa.com or directly at the Town of Niagara clerk's office.

Last year, the parade drew several thousand spectators, along with the hundreds of participants who played in bands, coasted on floats and, of course, handed out candy.

"It kicks off the holiday season. For some people, they'll say it's a little too early, but the holiday season to us includes Thanksgiving and that's why we always do the first Saturday of November and I see a lot of people year after year coming out for it and they enjoy it ..." Town of Niagara Business and Professional Association President and parade Chairman Gary Strenkoski said.

Strenkoski describes himself as merely "the leader of the pack," as numerous volunteers from several local organizations help make the parade possible.

Town of Niagara Business and Professional Association members help put on the parade from setting up signs beforehand, to cleaning Military Road the morning after.

Another organization known to help out with the parade is the Niagara-Wheatfield Kiwanis Club. Members arrive early to help all participants line up at their proper stations, making "order out of chaos."

"We'd be in huge trouble without them," Strenkoski said.

For the past several years, the parade's major sponsor has been Republic Services - Allied Waste Industries of Niagara Falls, which owns and operates the Niagara Falls sanitary landfill.

The majority of the landfill sits in the Town of Niagara, which therefore serves as its host community.

"We have a great working relationship with the Town of Niagara and the supervisor and this is an opportunity to get together with them and help. ... It's an opportunity for the people, the businesses and some of the local residents that live around the landfill to take advantage of it," Allied Waste Industries Divisional Manager David Grenier said.

Grenier has been involved in the parade for several years.

"Not only are we a major sponsor, but we actually participate," Grenier said.

Each year, Grenier and his team assemble a float for the parade, allowing the employees' children to hitch a ride and partake by handing out candy to spectators.

Local police and fire companies, as well as civic organizations, dance schools and some businesses from Military Road will also come together and do their part to assure the parade is enjoyable and safe.

With all the excitement, there's always one person who inevitably steals the show.

"Santa is the highlight of the parade, usually," Town of Niagara Clerk Sylvia Virtuoso said. "He'll be arriving in a convertible donated by Cecconi's (Joe Cecconi's Chrysler Complex) right on Military Road." 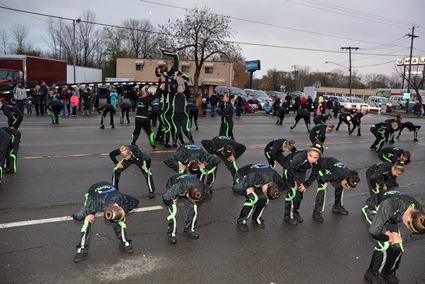 Besides Old St. Nick, what truly brings all these people together each year for the Electric Lights Parade?

"We have a food drive connected with the parade and, to me, that's one thing that's sort of near and dear to my heart because we've probably given over 10 tons of canned goods to food pantries for the needy," Strenkoski said.

"We always collect canned goods for the local soup kitchens, so we always distribute the canned goods and we usually have a very successful drive during the parade," Virtuoso said.

"I feel, actually, delighted that they would think of us," Executive Director of the Niagara Gospel Mission Shawn Smith said. "We're really blessed that people from the Town of Niagara recognize the City of Niagara Falls. They have a kinship for not only the needy, but also for the city."

Not only does the parade bring community members together to give back, but to also take advantage of what the Town of Niagara has to offer year-round.

Last, but not least, parade organizers urge everyone to prepare accordingly for possible weather issues.

"Our parade, it's been known to not have the best weather ever. It always snows, hails, but it never deters us, it's always a lot of fun, so don't let the weather stop you from coming." 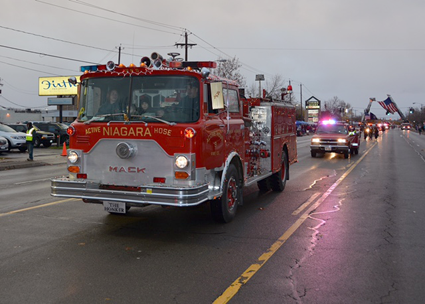