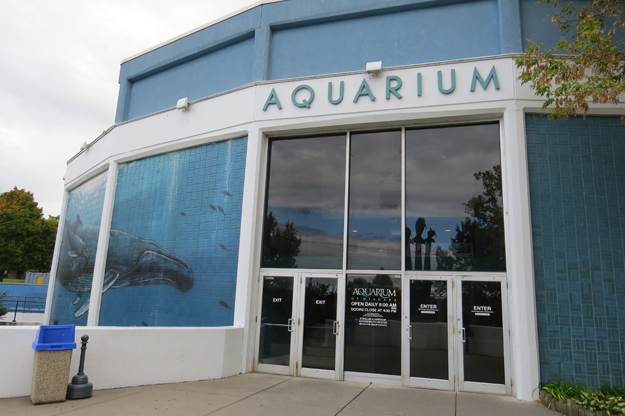 The Aquarium of Niagara is celebrating 50 years.

The Aquarium of Niagara is celebrating its 50th birthday by doing what so many other 50-year-olds have done: It's getting a face-lift.

But this change is not simply cosmetic. The iconic Niagara Falls venue is making plans to ramp up its educational offerings, increase conservation efforts and engage even more visitors than the 250,000 who visit annually.

Plans are in place to modernize the Aquarium of Niagara, thereby making it eligible for new grants - and the addition of more animals.

A capital campaign announced this summer is "a multiphased approach to doing a complete uplift of the entire aquarium," Molnar said. "The first phase is a brand-new Humboldt penguin exhibit with an interactive classroom."

"The Humboldt penguin exhibit and interactive classroom is approximately together about 2,000 square feet," she explained. "It will be on our first floor. ...

"We're redefining existing square footage. We are not expanding; we are confining it into our existing (space)."

This classroom will be to the right of the entrance. The penguin exhibit will be situated where the sharks now reside.

In the interim, the Aquarium of Niagara's seven penguins will temporarily move to the second floor, right next to the main tank's viewing area.

"They'll be building an entire wall," Supervisor of Exhibits Dan Arcara said. "We'll have a large acrylic viewing panel so people can see right in."

"It pretty much won't change anything as far as our public programming with animals," he added. "They'll just be up here instead of downstairs."

The capital campaign "largely emphasizes the penguins. But, in order for a construction team to get in there and start ripping apart the current penguin exhibit, they have to go somewhere," Deputy Director Gary Siddall said.

The same can be said for the sharks and balloon fish. In fact, many tanks have to be moved.

"There's animals here that literally call this place their home," Siddall said. "There's a lot of consideration that goes to, 'Well, if we're going to do construction here, do we need to move the animals? Do we need to evaluate noise levels?' We have to make sure that dust and debris is not going to end up in their exhibits."

"We are dealing with a living collection, and we have to be extremely sensitive at every avenue with them," Molnar said.

In addition to the aesthetic upgrade, "Once we open the exhibit, we will be able to apply for national accreditation from the AZA (Association of Zoos and Aquariums) organization. That will allow us then to bring more birds into our collection," she said. "There has been new regulations in the last several years that prohibits anyone to acquire ... Humboldt penguins if they are not AZA-accredited.

"This was the jump-start of what we needed to do."

As part of the Aquarium of Niagara's mission to educate, additional classroom space will be built.

On the second floor roof, "in one of the ensuing phases, all of this (looking to the entrance side) will be taken out, and to the left here (will be) classrooms that now exist in the basement," Molnar said. "They will have windows; everything looking out to the gorge."

Molnar said the Aquarium of Niagara staff and board members spent more than two years building a renovation plan. Now, she said, is the time to gather resources for the overhaul.

Each phase of construction will cost about $4 million.

"We're looking between $16 and $18 million to do everything - all the phases - from having a brand-new entranceway, a brand-new gift shop, redoing our bathrooms that have not been touched since 1965, to having a brand-new drop-off outside" and more accessibility for people with special needs, Molnar said.

"The people that come here, we need them to come up and say, 'I will help you support (these) beautiful penguins,' " she said. "We need the support of the region's people."

Downtown Niagara Falls is changing. And, as its state park continues to be made over, the Maid of the Mist makes plans for its future and Old Falls Street and surrounding blocks expand programming and add businesses, the Aquarium of Niagara team recognized an opportunity to partner with progress.

Moreover, with State Parks Police adding a barracks outside the Aquarium of Niagara, and Robert Moses Parkway stakeholders maneuvering to redirect traffic toward the aquatic institution, it was time to take action.

"We welcome any of our products that will step back and look at a time to rehabilitate and renovate and really reintroduce themselves to the marketplace," he said. "The aquarium has been here a long time and done such an excellent job at keeping the product alive and fresh. But now it's time. In this competitive environment, it's time to take the aquarium and that product to the next level.

"We welcome that, because, in this competitive environment, we have to stay ahead of everything - every city; every destination. We're all competing for the same customer, and so we have to make sure our product stays fresh and alive and new and different and unique. So, I'm very excited - we're all excited - about the renovations that are proposed."

"It will be phenomenal," Molnar said.

The Aquarium of Niagara is open 363 days a year and draws visitors from all Western New York counties. So far this year, more than 280,000 people have visited the Whirlpool Street attraction.

"We are here, and we've got a great product," Molnar said. "And we have great exhibits; great staff.

"I keep saying that the stars are aligning, finally. But we need the people and we need the foundations - we need the corporations - to support us."

The Aquarium of Niagara will remain open during construction. The target date to begin phase one is early 2016. Beyond that, "We are hoping it will take five to seven years for everything," Molnar said.

•This is the first in a series of updates NFP will run about the Aquarium of Niagara in its monthly Niagara Falls section. 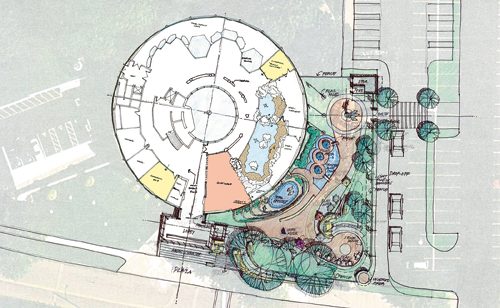 An artist's rendering of the Aquarium of Niagara plan from Cannon Design. 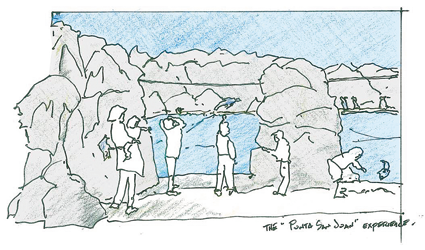