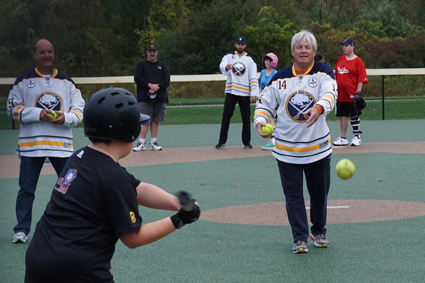 As they gear up for the start of the National Hockey League season, Buffalo Sabres past and present made a stop at the Miracle League in Veterans Park Monday to play with the special needs ballplayers.

Sabres Day at the adaptive diamond off Bedell Road took place despite a threat of rain.

Defenseman Mike Weber was making a repeat appearance at the Grand Island Miracle League Field after having played on the diamond when it first opened in 2011. He said he comes back for "the smiles on all the kids' faces. That's probably the biggest reason why you want to come out. They're all special individuals who, like us, love and enjoy sports. It's unbelievable that they're able to have this great field to be able to come and participate and have some fun and play. That's what it's all about, is it's playing and having fun." 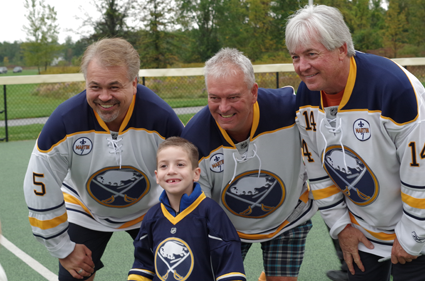 Current Sabres Weber, Mark Pysyk, Zach Bogosian, Johan Larson and Rasmus Ristolainen helped Miracle League players around the bases, at the plate and in the field. "There's a huge contingent of our alumni here," Weber pointed out. 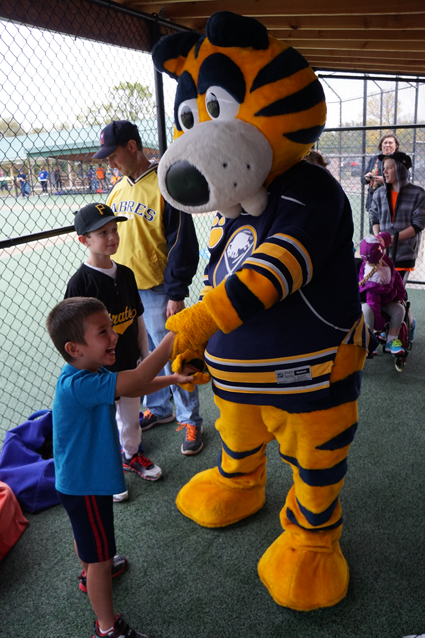 Sabretooth stepped out of the rain and greeted Miracle Leaguers in their dugout.

"It's the kids' favorite event of the year," Wynne said of the annual Sabres Day. "And the Sabres and the alumni have always been gracious enough to stop out and share their time with the kids."

For players like Weber, participating in community service is all part of a company culture of the Sabres that reflects its fan base.

The last game of the Miracle League season is a Halloween game at 2 p.m. Sunday, Oct. 4. 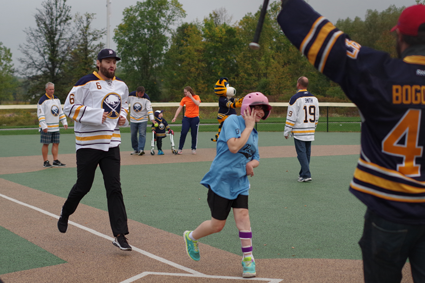 Mike Weber was one of the current Buffalo Sabres who played ball with the Miracle Leaguers in Veterans Park. 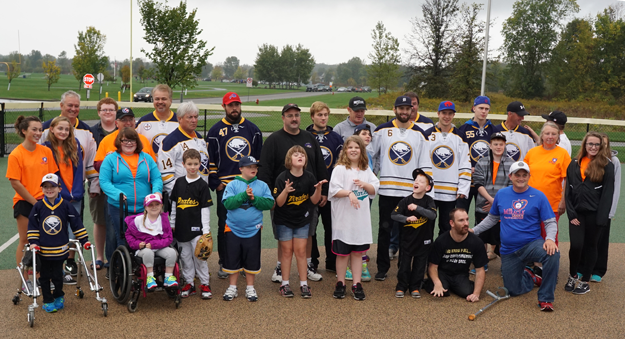