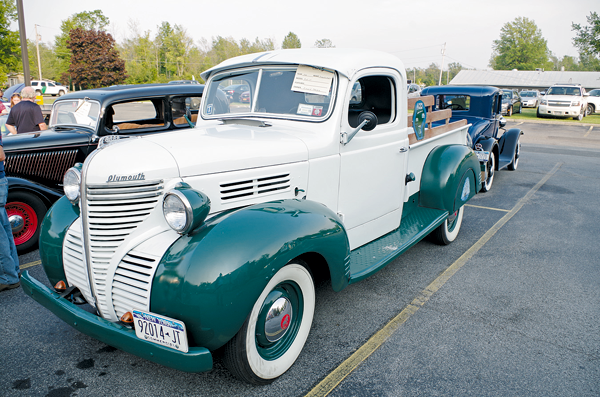 •Taken from the Sept. 11 Island Dispatch

Elderwood of Grand Island turned back the clock for its residents by hosting its second annual Cruise Night Sept. 2.

Dozens of cars, some of them more than 80 years old, filled the Elderwood parking lot. Tom DiJohn, administrator of Elderwood of Grand Island, called himself a car enthusiast and enjoyed hosting the Cruise Night to share with the residents his fondness for the vehicles, many of which were new when the residents were kids. 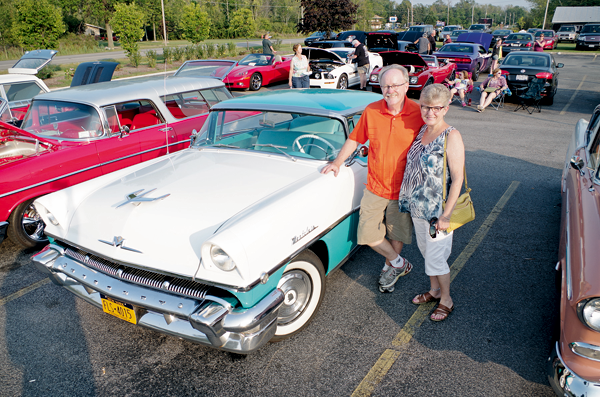 Islanders Adele and Dennis Upton, above, were among the many car owners who drove their vintage automobiles to Elderwood at 2850 Grand Island Blvd. for the enjoyment of the residents and staff.

The Uptons brought their 1956 Mercury Montclair, which has been restored.

"Two years ago I had a garbage truck back into me and this was a much short Montclair," Upton said. But thanks to Mark Abate and the crew at Sound Choice Audio & Performance on Grand Island Boulevard, Upton's Montclair is back to looking much like it did the day it rolled of the assembly line.

Dennis Upton said the Montclair has "Armstrong" power steering, meaning there isn't any power assisting steering. The only modern thing he added to the car was the seat belts. 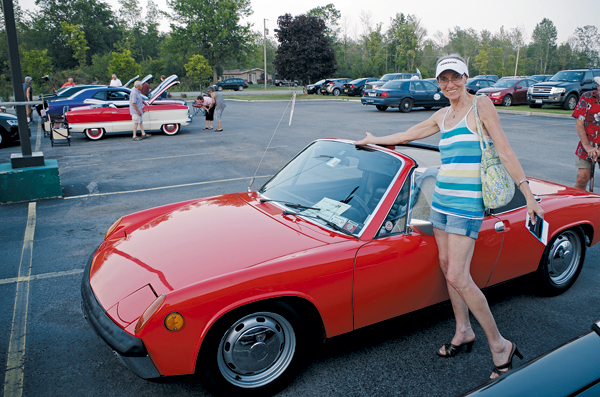 Nancy Killian, above, brought her 1971 Porsche 914, which fellow Islanders have seen cruising on Grand Island Boulevard on many a Fourth of July. Killian has had her car for about 27 years. She said when her kids were little they would beg their mother to enter the car in the Independence Day Parade so they would wave to their friends while stylin' in a Porsche.

Sabrina Wilson, director of activities and volunteer services at Elderwood at Grand Island, liked the turnout at the Cruise Night, which also included music by Scott Celani, food, and a basket raffle. She said the next special event scheduled at Elderwood is a pet blessing in October.