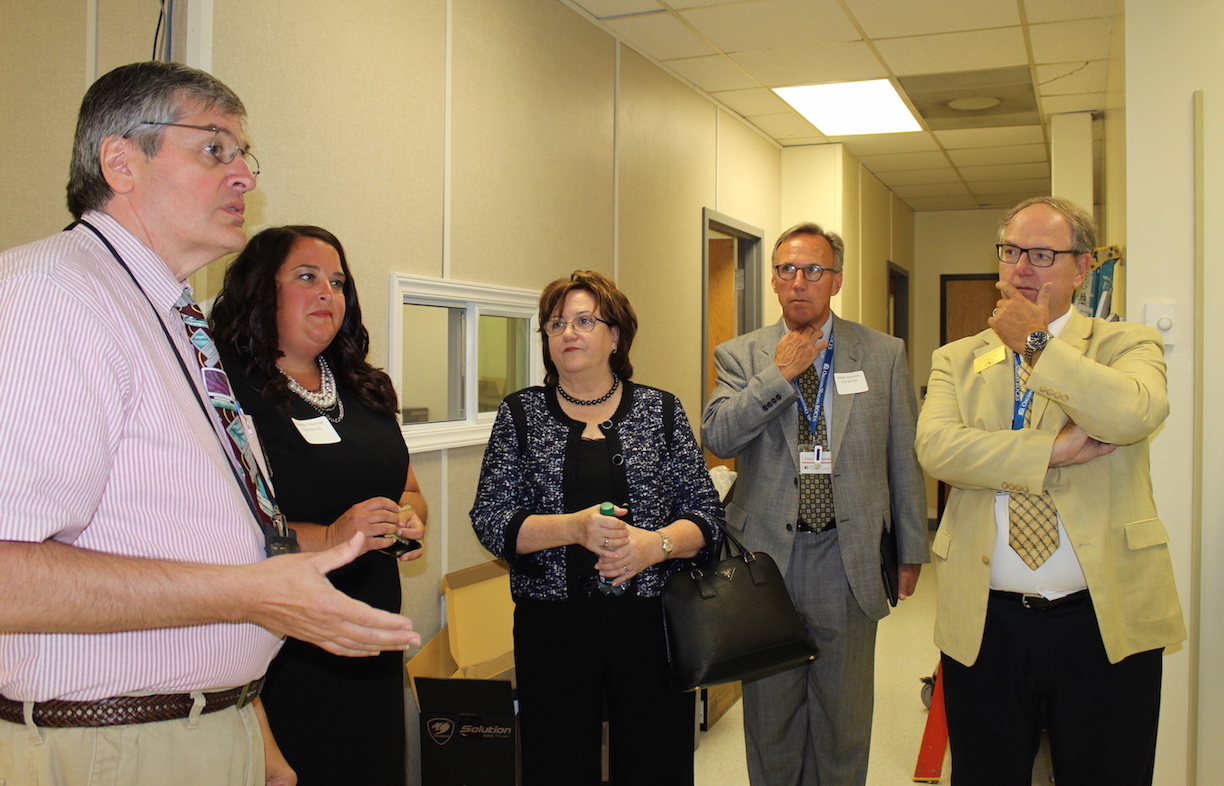 The state's top education official returned to her Western New York roots last week with a visit to a number of local school districts - capped off with a stop at Orleans/Niagara BOCES' Niagara Career and Technical Education Center in Sanborn.

On Wednesday, State Education Commissioner MaryEllen Elia ended a back-to-school-time tour of WNY schools (including sites in the Buffalo, Niagara Falls and Sweet Home districts) with an afternoon at the BOCES center. Elia grew up in Lewiston and started her education career in the Sweet Home district.

Clark Godshall, district superintendent of Orleans/Niagara BOCES, noted the last time a state education commissioner visited was in 1998. He said Elia was interested in the site's 98 percent graduation rate.

"She really wants to see what our secret is," he said.

Elia toured the building, including a computer lab and a building trades classroom, where she was greeted by instructor Anthony Molinaro. She also spoke to students, including Josh Farnsworth of North Tonawanda, who told her he planned to start working with his father when he graduates.

Elia expressed admiration at Farnsworth's plans for the future.

She also commended student Amanda Brown of Niagara Falls, who said she planned to go to college, but wanted the building trades skills to help earn money toward that goal.

Parent-teacher association members, superintendents, administrators and board officials from Niagara and Orleans counties were invited to hear Elia speak at the center after the tour. She also presented two seminars.

Elia addressed the challenges she as commissioner, the audience members and the state's education system as a whole face in the future, and said she wants to get feedback on those challenges - which include the Common Core education standards, which have been controversial.

"And, in some cases, should it be harder? Some cases, should they not be in that place? And are we really doing the right thing? I'm very much involved in supporting that, but I also think high standards are critical."

Elia also said state standardized tests will be reviewed for content and length, as there have been some concerns that the testing period is too long. She noted the state recently moved to drop Pearson PLC, the company from which the standardized tests for grades three through eight have originated for years.

The numbers of students refusing the tests has grown recently, with a statewide refusal rate of 20 percent this year. Eight districts in Western New York had a 50 percent or higher refusal rate for both the math and English language arts tests - including North Tonawanda, which had 57 percent of students refuse the math exam and 52 percent refuse the ELA exam, the highest percentages in the county. In Lewiston-Porter, 25 percent of students opted out of the math exam and 18 percent opted out of the ELA exam.

Elia also addressed the Annual Professional Performance Review law - which refers to evaluation standards for teachers and principals - as another major concern for her audience.

"I think it's important when you put a big change in, that you step back and that you review it," she said. "We will be doing that."