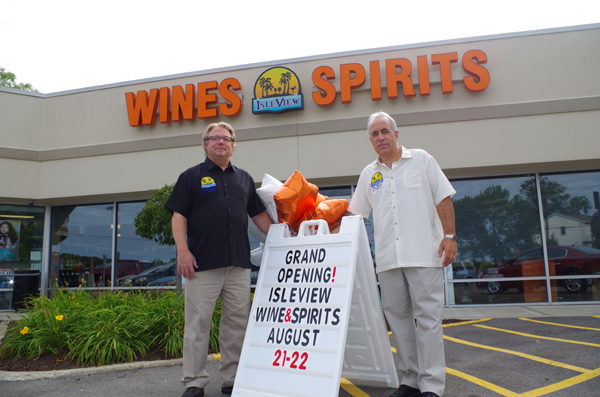 Standing inside their new store at 533 Niagara St. in the City of Tonawanda, the native Islanders can see homes on East River Road, customers on boats can easily see their store from the river, and in fact, Atkinson said when he drives down East River Road, he can see his store's sign at night. As the crow flies, the business is only a mile from the Island neighborhoods, and 6 miles over the bridge by car.

The Islanders held a ceremonial ribbon-cutting last Friday to open what Atkinson called a different kind of liquor and wine store.

"We like to say we're not your father's liquor store," Atkinson explained.

"We're going to have the mainstream items, but we'll also have an eclectic selection that's going to have some different 'views' on wine that we'll carry that you might not find at a normal liquor or wine store," he said. "We plan on specializing also in some craft wine, some craft spirits."

While most liquor stores have racks identifying wines by region of origin or grape variety, IsleView Fine Wines & Spirits will feature categories like "Girls Night Out," "Wines on a Budget" and "Celebrity Wines," Atkinson said. 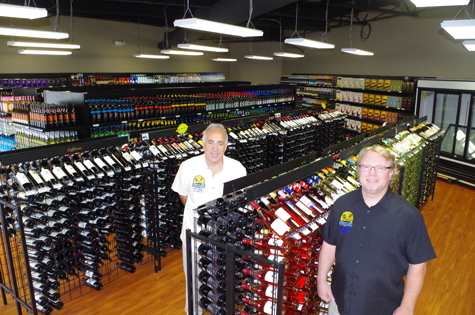 Corrao and Atkinson first met when their now-adult sons were in the same preschool. They became friends over time as their sons grew up playing hockey and baseball together. Corrao is a native Islander and managed liquor stores for more than 20 years locally and in Tampa, Florida. Atkinson grew up on another island, Cayuga Island, and moved to Grand Island in 1999.

"I've been dreaming of opening up my own store since I moved back from Florida, pretty much," Corrao said. "That was in 1996. The opportunity finally presented itself and I spoke to Jim about the idea, and he thought it over and came to me and said, 'Yeah, let's do it.' "

Atkinson is a 33-year Air Force veteran who retired in 2010. He developed his expertise in wine during his extensive travels in the military to Europe and South America.

"I've gotten to experience most of these wines, specifically from southern France" where he visited sometimes for months at a time, Atkinson said.

IsleView Fine Wines & Spirits was an idea that fermented for 18 months from its conception to its ribbon-cutting. Corrao and Atkinson had to deal with landlord Benderson Development, the bank and the State Liquor Authority. They joked that they had so much work they haven't slept in 18 months, but Corrao said they've received a warm introduction to their new 2,800-square-foot store. "Just super, super reaction so far from the public, and it's been great," he said.

Their business neighbors have given them nothing but positive feedback as well, he added.

"It's going to be a nice relationship with everybody," Corrao said. "Everybody's been really friendly. They've all welcomed us to the plaza."

"We're just excited to be here. We love the area, and we love the location, being from Grand Island with a view of the river," Corrao said.

This is the first business enterprise for either man.

"And we're going to build an empire," Corrao joked. 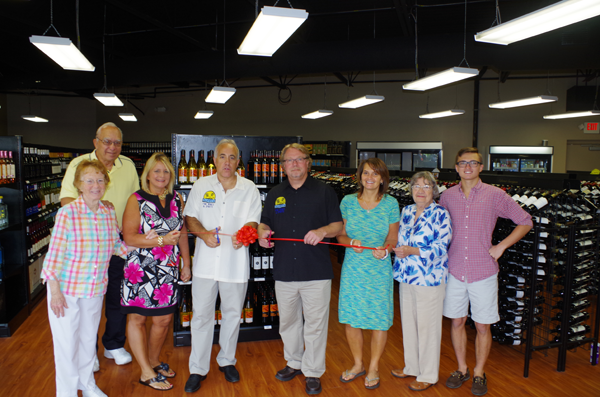 Grand Islanders Jim Atkinson and Tom Corrao are surrounded by family and friends at the ceremonial ribbon-cutting to their business Friday.