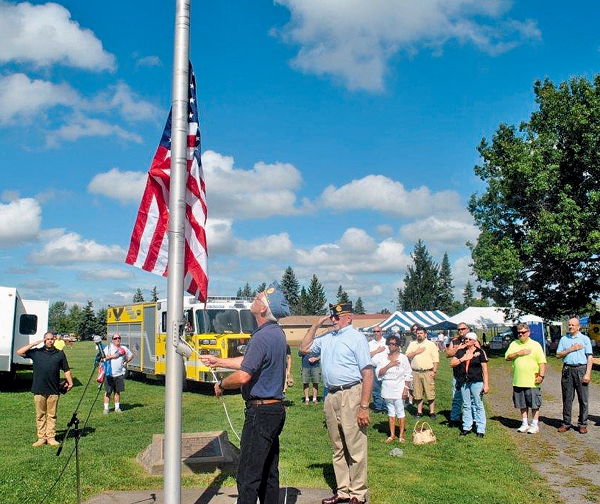 Scenes from the 2014 Wheatfield Family Picnic are shown. The 2015 picnic will take place Aug. 23 at Fairmount Park. (Photos by Walt Bissett and Thomas Cannuli)

A decades-long tradition will continue Aug. 23, when the Wheatfield Family Picnic takes place at Fairmount Park on Nash Road.

Don Dee, secretary of the picnic committee, said this is the 37th year of the picnic. Factoring in a three- or four-year hiatus, he said, it started about 40 years ago.

"It's free for everybody, and it's family oriented," he said.

The day starts at 10:45 a.m. with a flag-raising ceremony by the American Legion Post 1451. At 11 a.m., Catholic and Protestant religious services will take place.

The picnic itself runs from noon to 5 p.m. Dee said the picnic open to anybody, although it's aimed at residents of Wheatfield. A dedicated committee of volunteers organizes it, with many donations from local businesses.

Events and entertainment will include the Wheels of Wheatfield classic car show, music, bingo, a petting zoo, a rock-climbing wall, pony and hay rides, clowns, a dunk tank, a juggler and a K-9 unit demonstration. 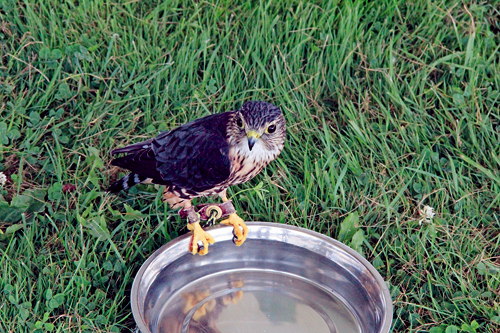 The North West Kiwanis Club will feature a beanbag toss, a book exchange and a used shoe collection, while the Wheatfield Business Association will provide balloon animals. The Wheatfield Garden Club will host a plant sale. The Wheatfield Nitros will run a basket raffle.

Many food vendors will also be available, including chicken chowder by the Bergholz Fire Co., hot dogs by the Wheatfield Democratic Club and roast beef sandwiches and corn on the cob by the Wheatfield Republican Club.

"This is the biggest day for the town. It has been for many, many years," said Robert Cliffe, town supervisor, who lauded the volunteers who make the event possible. "It's just a good day for Wheatfield."

One very popular feature is Skyhunters Birds of Prey, which will be present with a number of raptors and a special and rare addition, a 3 1/2-year-old bald eagle, Dee said.

"This may be the only time most people will ever get to see one of these magnificent creatures," he noted.

Few bald eagles are in captivity, and this one only became available after recovering from injuries believed sustained when it was hit by a car, Dee said. Because the bird can't fly, it cannot be released to the wild and Skyhunters was able to obtain it from the U.S. Fish and Wildlife Service through a program allowing possession of birds that can't be released to be used for education purposes. To qualify to care for an eagle requires several years experience with the raptors and permits from the USFWS and the Department of Environmental Conservation.

The Wheatfield Family Picnic will take place Aug. 23 at Fairmount Park on Nash Road in Wheatfield.