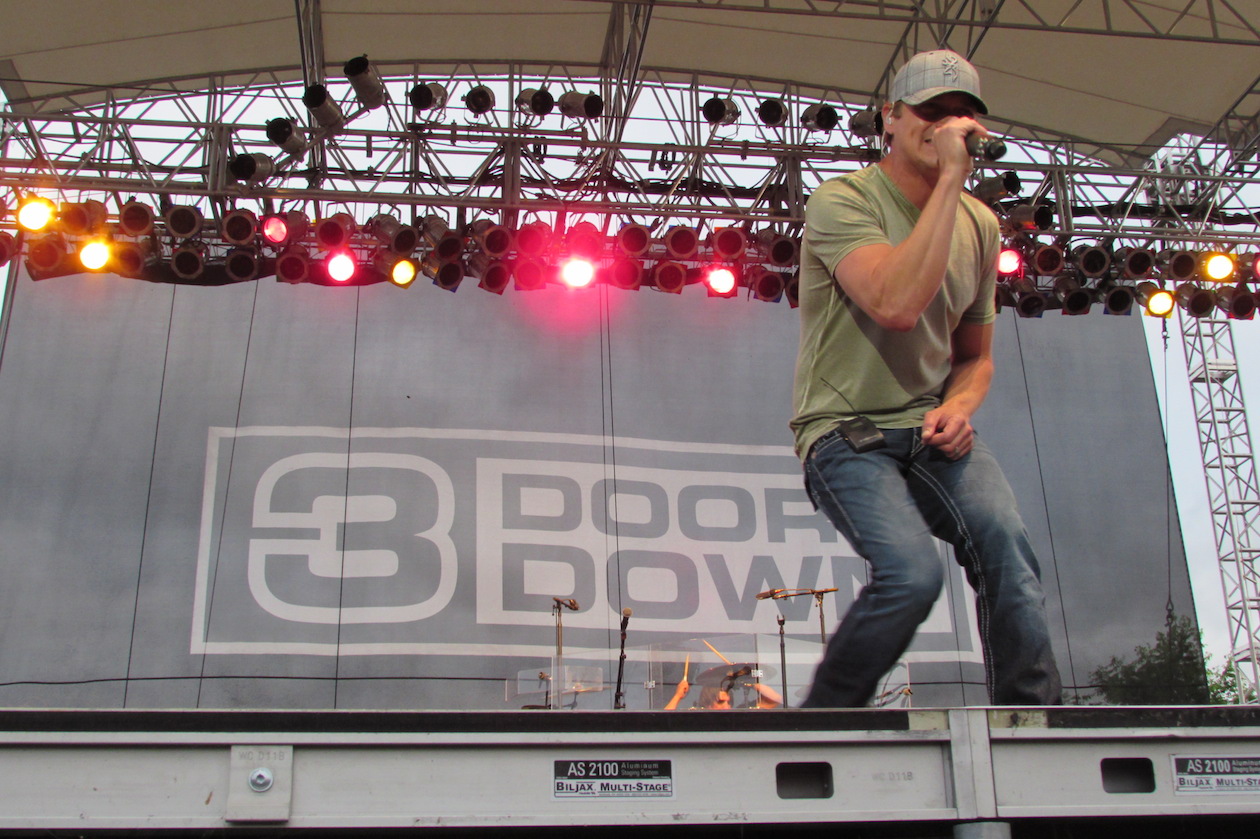 With new songs in hand, 3 Doors Down is looking forward to a hot summer concert in WNY

Perhaps no one is more excited about a warm, sticky Western New York August than 3 Doors Down frontman Brad Arnold.

"We had a pretty gnarly winter here in Nashville. ... I didn't think summer was ever going to get here!" Arnold said in a recent phone interview.

"I love getting out and touring in the wintertime, but it's hard," Arnold explained. "It's harder traveling and just going in and out of venues and different things like that. It's always cold. You've got to take all these jackets and junk like that.

"Summertime? Man, I love it. I love getting out on those summertime stages outside and just getting out there and sweating."

"I look forward to those summertime shows so much. ... The heat doesn't bother me a bit," he said.

When 3 Doors Down first announced its current tour, its upcoming Erie County Fair gig was one of a small number of concerts above the Mason-Dixon line for the Mississippi rock band.

"Man, we always have a great time up there," he said. "I love to go see the falls when I'm up there. It's beautiful. ... Good people up there. I've just always enjoyed that area. That's one of the few places, actually, when I was a little kid, I didn't travel a ton, but I got to go to Niagara Falls when I was a little kid. My dad was going to a school up there. ... And my mom and myself went up there and visited him one time. And they took us out to the falls.

"I had this old picture that was me sitting under a tree there in the park. One trip up there - it's probably been 10 years ago that I did it - I tried my best to find that exact tree that I was under. It was about the same time of year. When I was baby, it was like I was sitting there playing in the leaves. I piled up some leaves around me, and sat down in them, and I got somebody to take my picture. And I took it to my mom. She got a kick out of it. So, I've always loved coming up there." 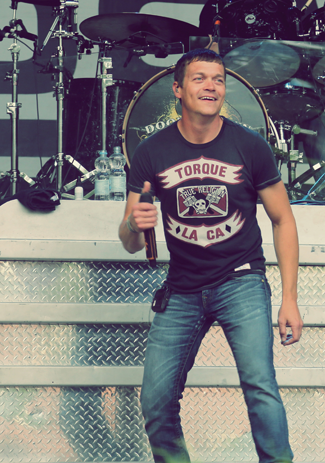 3 Doors Down is preparing a new studio album, which Arnold said will surprise fans.

"Man, it is going to be a good one," he said. "It's not like totally another band from the other stuff, but it's different than the other stuff. And not in a 'Whoa, that's weird,' kind of way. It just really evolved, man. We got some new guys in the band now, so there's different flavors in there.

"This album is a fun album. It's, in some ways, it's kind of hard to describe, because the songs are all over the place. I mean, there's so many different kinds of songs. There's right there being metal to one song is almost like an old '60s Beatles song, just about. It's like a little bit of everything. There's some fun, almost like techno songs in there. ...

"There's a lot of different flavors on this record. At the same time, I think it's a record that people will just put it in and listen to and I think they'll enjoy it."

Though 3 Doors Down has produced a dozen hit songs (including "Loser," "Kryptonite," "When I'm Gone," "Here Without You" and "Away from the Sun"), the band relied on its fans to determine which songs would make it onto the new album.

"I'm just really excited for people to hear it, and just have them tell me what they think about it," Arnold said. "Because, you know, I like the songs, but it really don't matter if I like them or not (laughs). It's that the fans like them."

To that end, the band has been testing songs live in concert.

"You know, I think that's important," Arnold said. "I think it's really important to go play some of those songs live. Those songs tend to be the ones that kind of grow the most. You get in the studio and you write songs, and, sometimes if you record them too soon, you tend to maybe record that song in like a baby stage. Whereas, maybe if you take it out on tour and you have a chance to, like, take that song to the gym and let it work out some, and let it turn into a big beast."

Having worked through the new material, Arnold said, "There's a couple of (songs) that are really cool."

"I think there's some of them there that people ... I think it's going to catch some people off guard," he said. "They're not going to be like, 'Oh, man, this ain't 3 Doors Down; I don't like this.' I don't think that any of them will be like that. But definitely some of them, the first time you hear them, it's going to take you a second to realize that it's actually us."

3 Doors Down is performing Aug. 12 on the grandstand stage. Click here for tickets and more information. The band is sharing the stage that night with another popular southern-born supergroup, Collective Soul.

"We've never toured with Collective Soul before, but we've played a few shows with them," Arnold said. "They're great guys. It's kind of cool. In some ways, you have those bands every now and then, it's a little bit surreal to play with them."

"It's surreal to play with people that you listened to in high school," he said. "It's like, 'Damn; I played a show with Collective Soul.' It was like that with ZZ Top and Lynyrd Skynyrd and bands like that. It's bands that you knew before you became 'famous' and whatever. It's, like, it's always a little bit strange in your mind. You know what I mean?"

3 Doors Down is just putting the finishing touches on its new album. Additional details will soon be released on the band's website, www.3doorsdown.com.