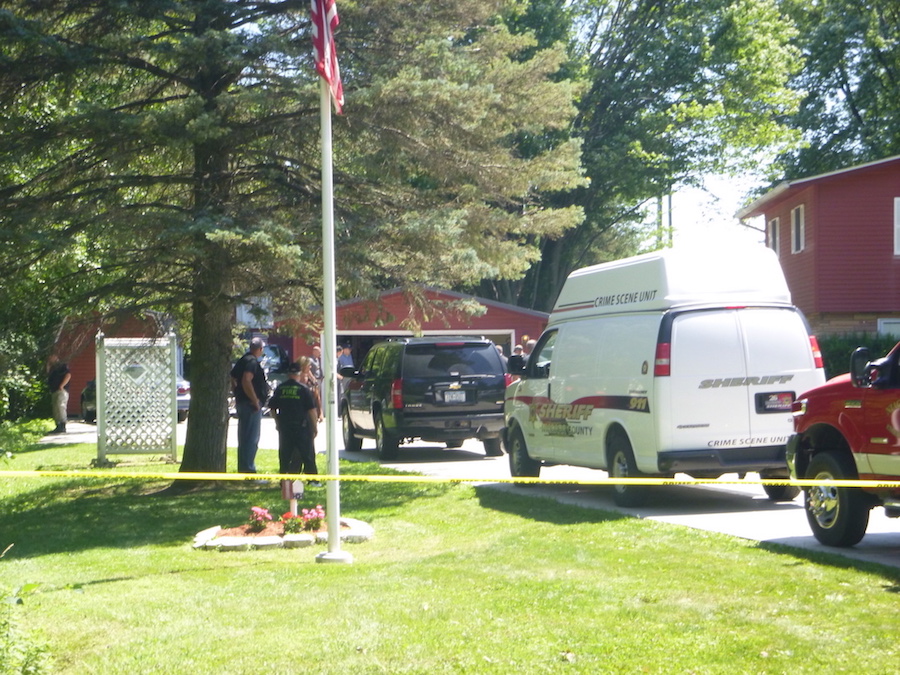 One man injured in Wheatfield explosion

A 44-year-old man suffered a "catastrophic" injury to his foot in an explosion early Tuesday morning in the Town of Wheatfield, according to the Niagara County Sheriff's Office. Bomb-making materials were found at the site.

The Sheriff's Office would not confirm the identities of the injured man or the homeowners Tuesday afternoon, but the Niagara USA Chamber website lists the house, 6761 Walmore Road, as the residence of county Legislator William Ross. Reports indicate the injured man is believed to be Ross' stepson.

Sheriff James Voutour said the injured man is a former corrections officer with the Sheriff's Office. During a briefing Tuesday afternoon, Voutour said the U.S. Bureau of Alcohol, Tobacco, Firearms and Explosives and Homeland Security are assisting in the investigation. He said there was no concern anyone else was involved.

A search warrant has been obtained for the site, which was being searched by bomb-sniffing dogs, and computers had been secured and will be searched. Voutour said it is too early for charges to be considered.

Tom Galluch, acting resident agent in charge at the Buffalo ATF office, said it will be up to the U.S. Attorney's Office if charges will be filed.

Clearing the scene, he said, "takes a very long time."

"It's a garage. There are a lot of items in this garage; you've got to look at everything," Galluch said, adding the Erie County Sheriff's Department bomb squad "did a great job rendering the scene safe so we could enter."

The family, Voutour said, is "going through some tough times" now.

"They're devastated," he said.

The Sheriff's Communication Center received a 911 call at 3:38 a.m. July 21 from a woman at the home reporting an explosion and smoke coming from the detached garage. When sheriff's deputies arrived, they found the man on the ground. The woman who made the call provided first aid by applying pressure to the injury.

The man was taken by Mercy Flight to the Erie County Medical Center. His condition has not been released.