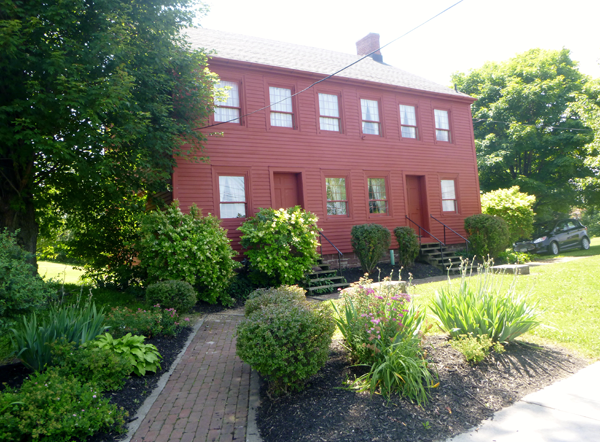 The Benjamin Long Homestead, located at the intersection of Ellicott and Tonawanda creeks, is a 186-year-old building run as a museum by the Historical Society of the Tonawandas. It's furnished with many period pieces and artifacts from many prominent families in the Tonawandas. (Photos by Jill Keppeler)

Pieces of the Past: Benjamin Long Homestead

EDITOR'S NOTE: This is the third in a series of articles about local history museums in the area. If you have one you'd like to suggest, contact Jill Keppeler at 716-773-7676, ext. 113, or [email protected].

Many years ago, a family of seven, traveling in a covered wagon, made the long trek from Lancaster County, Pennsylvania, to their new home - a point where two creeks met, in a place called Tonawanda.

About 187 years later, the home where the Long family settled, lived and grew still stands, its frame composed of white oak and black walnut logs felled on the Long's own property at the confluence of Tonawanda and Ellicott creeks. But today, it's a museum run by the Historical Society of the Tonawandas, open to the public by appointment and for certain hours in the summer and winter ... including special hours during the upcoming Canal Fest. 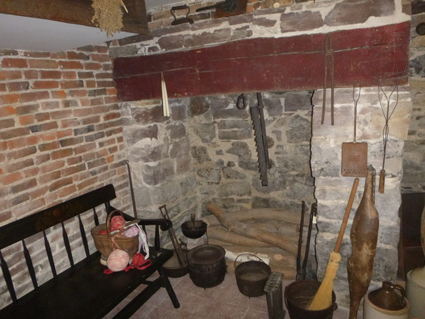 Carole Barnard, caretaker of the house at 24 E. Niagara St., said it was built in 1829, a year after Benjamin and Mary Long and their five daughters, ages 6 months to 16 years, arrived in Tonawanda. The family moved there after Mary inherited 200 acres at the site from her father, Christian Hershey, who purchased it in 1815.

The house has been through a few incarnations over the years, but it was purchased in 1975 by the historical society and restored as a museum, furnished today with donations from many families in the area, including those connected with the house.

Standing on the bottom floor, Barnard pointed out the underlying structure of the floor above ... the white oak and black walnut squared logs, the original bricks (likely of local clay), the granite and the Medina sandstone that would likely have been transported on the Erie Canal. (Clapboard siding, cedar to keep bugs out of the older wood, now covers the exterior.)

"You can tell which beams are original ... the structural beams are pretty much all original," she said.

Fireplaces in the house are also mostly original, such as the large one in the bottom floor kitchen, near what would have been the original door to the house, "wide enough to accommodate the water yoke or anything else they had to bring in," Barnard said. 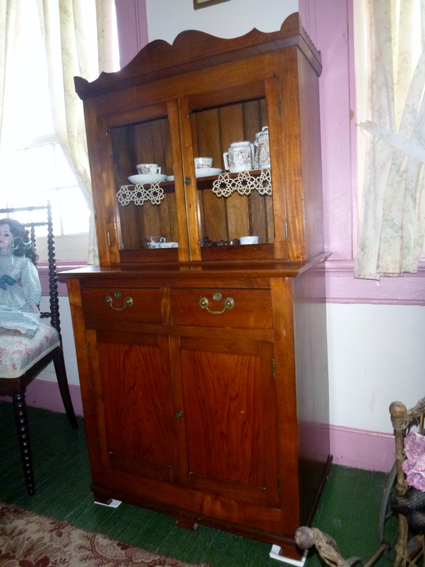 After the history society purchased the home, it was furnished with pieces dating from about 1790 to 1840, the work of Marjorie Bellinger, a founder of the society, and Tom Mileham, a local antique dealer.

Barnard said Mileham located many of the period pieces in the house and society members purchased and donated them. Mileham himself, she said, donated a number of pieces, including the furnishings of the master bedroom.

"It's a very special room," she said. "We've dedicated it to him, because of all he did to help make it what it should be."

The building's 10 rooms on three floors hold countless pieces of historic furniture, artifacts, textiles, artwork and documents. Many of them have connections to names that founded the Twin Cities, and still grace street signs and buildings today.

Artifacts include the Bible of Col. John Sweeney, dated 1816, and a receipt for a donation ($1) made by Sweeney to help fund the building of the Washington Monument, signed by such names as John Q. Adams, among others.

In one hallway, a poster advertises lots for sale in the Village of Niagara (North Tonawanda) in 1824. The contact names are George Goundry and James and John Sweeney.

"You can't get much more prominent for this area than those three names," Barnard said.

A copy of the hand-written will of Benjamin Long leaves his lands and property to his "beloved wife Mary" - which, as Barnard observed, "is rather big of him, because the only reason he had it was that Mary inherited it in the first place."

Historic textiles are also in evidence, including framed samplers and artwork, a table cover spun and woven of flax and three quilts made by Christiana Long Smith (a daughter of Benjamin and Mary Long for whom Christiana Street in North Tonawanda is named) for her granddaughters.

Even the stairs to the third floor are full of history. Barnard pointed out that they range from older oak to newer oak, to the original black walnut, scorched in the two fires that damaged the house over the course of its existence, then back to newer wood used to replace that which was damaged.

One of the society's newer acquisitions, and a prized one, is "Clara's Cupboard." The child-sized china cupboard was donated by Wilma (Kuhn) Wittkowsky of North Tonawanda in memory of her mother, Edna M. Kuhn.

The cupboard was first the possession of Helena Krauss, born in 1885, the daughter of John and Pauline Krauss. It was made by a friend of the family for the little girl and was complete with a child-size set of china. (The set still carries its price tag: $1.40.)

Helena died at only 2 years old, and Clara, her sister, born not long after Helena's death, became its owner - only to die in 1896 at age 7. According to Wittkowsky, the cupboard was then placed in a storeroom, even after another daughter, Edna Marie Julia Krauss, was born in 1899.

Edna's daughter, Wilma, eventually displayed it in a place of pride for years before donating it (and its sad story) to the society.

"It's a wonderful addition," Barnard said. "It's a little old for the house, but why would you have something this wonderful and put it in storage? ... We're very pleased to have it." 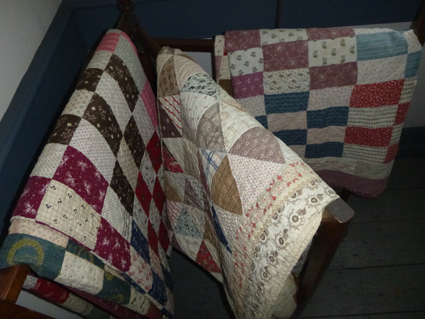 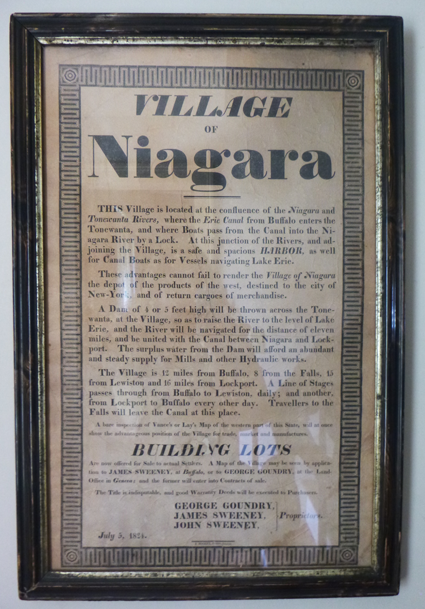 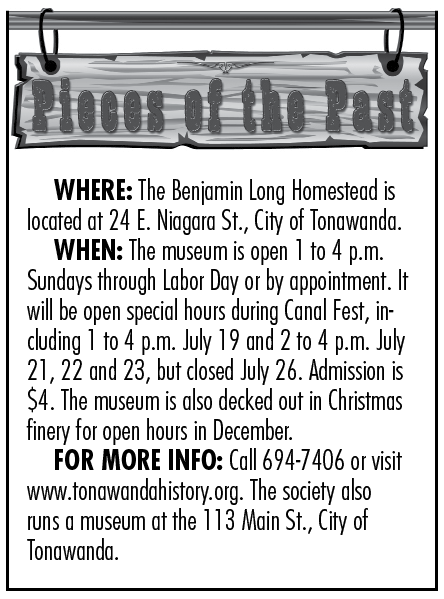