Living a legacy: New director of the Chamber of Commerce of the Tonawandas has Twin Cities roots

Angela Johnson-Renda has worked in many different roles over the course of her life to date, but they've all brought her here — to the Chamber of the Commerce of the Tonawandas' new office on Sweeney Street in North Tonawanda.

"Everything I've done in my life almost has prepared me for this job," she said. "I honestly can say that."

Johnson-Renda, the chamber's executive director, is a relative newcomer to the job, but not to the area. She grew up in North Tonawanda and graduated from high school there before moving to Denver, but returned to NT 12 years ago.

Before that, she worked for 21 years as an international service manager/flight attendant for Continental Airlines and as an executive assistant/sales agent for Allstate.

While the roles might appear dissimilar, Johnson-Renda said the experiences and skills involved all come back to the same place.

"I think all my travels, I think my connections with businesses at Lumber City, my interactions with people at Webster's ... absolutely everything I've done has brought me here."

Phyllis Gentner, vice president of the chamber board of directors, praised Johnson-Renda and her background.

"We're very excited about this next chapter and Angela leading us into the next chapter," she said. "As we see our community start to revitalize, this is a very exciting time. Angela has the knowledge and skill to embrace what lies ahead in making our community vibrant."

Johnson-Renda took over as chamber executive director in March, succeeding Joyce Santiago. Her main goal, she said, is to increase membership in the organization and retain members, as well as reviewing the chamber's traditional events for improvements and additions, such as drawing more people to the T-NT Expo or bringing back the popular Pizza Fest, which did not take place this January.

The chamber has about 400 members, predominantly in North Tonawanda, but also in the City of Tonawanda and other communities. Johnson-Renda also hopes to meet all the members of the chamber as she settles in.

"I want to know them all," she said. "It's really important to me to make members know they're all a part of the chamber, a valued part. Everyone likes to be appreciated. ...

The chamber hosted its first member appreciation picnic in June, with a "great response," she said. Other events include the annual clambake in August, a golf tournament in September, the annual dinner in November and holiday mixer in December.

Among the benefits of chamber membership is participation at such events, as well as services such as issuance of certificates of origin for shipping, AAA membership, member directories, promotional material distributed in welcome bags to new residents, member-to-member discounts and more, Johnson-Renda said.

"We do a lot of networking; that's important for a lot of small businesses that don't have a big marketing budget," she said.

While Johnson-Renda is from North Tonawanda, she noted that her late father was from the City of Tonawanda and her grandfather owned a business in the city - so her background, like the chamber, encompasses both.

"To me, it's like my legacy is in both of these communities," she said. "I want everything to prosper."

For more information on the Chamber of Commerce of the Tonawandas, visit www.the-tonawandas.com or call 716-692-5120. 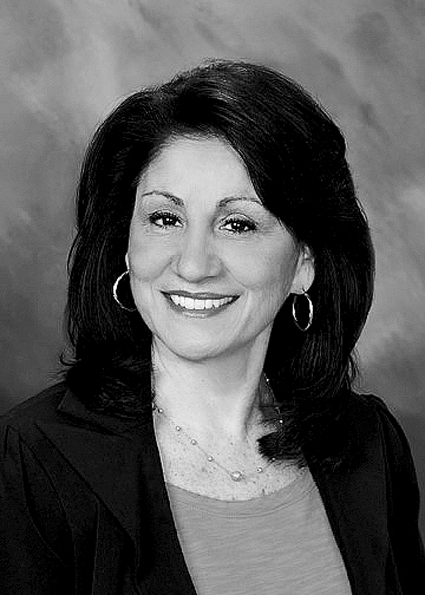