Knowing the signs: Hairdressers to be trained to recognize signs of domestic abuse

•Taken from the July 3 Island Dispatch

The Cut It Out program is coming to Grand Island.

Representatives from Grand Island's hair salons will meet early in July with Mary Travers Murphy, executive director of the Family Justice Center, to plan implementation of the Cut It Out program.

Murphy said that domestic violence victims are often reluctant to tell anyone about their situation. The one person that domestic violence victims feel comfortable sharing their secret with may be their hairdresser. Because of that, the Women's Fund of Greater Birmingham and the Alabama Coalition Against Domestic Violence created the Cut It Out program in 2003. It is now a program of the Professional Beauty Association Foundation.

According to the Rev. Earle King, pastor of St. Martin-in-the-Fields Episcopal Church, "Some of the (beauticians) have said, 'sometimes we see bruises that hair covers up.' "

Beauticians are trained to recognize those signs of abuse in their clients. Signs of abuse could also include bald spots and frequent injuries.

There are other ways of covering up bruises.

"I was so ashamed," Simons said at the Family Justice Center's Voices Ending Violence breakfast, held June 12 in downtown Buffalo. An engineer, Simons lived a double life. During the day, she met with attorneys to advise them on environmental issues. At night, her husband beat her. In addition, she experienced "screaming, swearing and the silent treatment."

Simons said that she told no one about her abuse until she was beaten so badly that she went to the emergency room for treatment. Sometimes, however, victims confide in a member of the clergy. King said, "If someone comes in and says, 'I am being abused,' then, as pastor, how do I make sure that you're safe? That is my primary issue. If you claim that you are in an unsafe situation, my task is to make sure that you get into a safe situation." 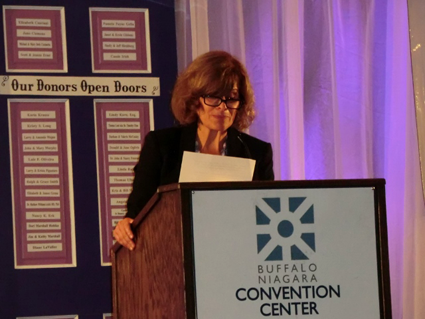 Patrick Braunscheidel, intern deacon at St. Martin's, said that he is there to support victims. "As a member of the clergy, I want to stand with those who have a troubled heart and manifest the love of Jesus Christ so that they may live their lives absent of fear and with a dignity (with which) God expects us to treat one another."

Domestic violence affects "all ages and economic levels," said town Supervisor Mary Cooke. Domestic abuse is a common crime, affecting one in four women and one in nine men. It turns the privacy of the home into a dangerous space devoid of dignity and kindness, and it occurs in every community, including Grand Island.

Before someone can get help, that victim has to be made aware that he or she is a crime victim. Simons said that, in the emergency room, "I was confronted with the term 'domestic abuse' by two uniformed police officers.

"I was one of them, the women who weren't smart enough to get away from an abuser. We ask, 'Why did she stay with him? Why did she go back to him after leaving?' We take women in their deepest moment of shame and we shame them more," Simons said.

The fear of further victimization may deter victims from reporting the crime. According to the National Coalition against Domestic Violence, 70 percent of all cases of domestic violence are not reported. Murphy said that she often thinks of the victims who never sought help. One of those victims was Jackie Wisniewski. Her boyfriend, Timothy Jordan, had beaten her, resulting in her collarbone being broken in five places. In 2013, he killed her and then killed himself.

Younger victims are less likely to seek help than others. "A lot of the individuals in that age bracket (18 to 24) want to show that they don't need help from Mom and Dad. I'm constantly, tirelessly expressing to young women that it is OK to reach out for help," Chudoba said.

Men also have difficulty asking for help. "One-third of my clients are male," Chudoba said. "The men I deal with are afraid to pursue charges or bring light to the problem. For a man, it usually takes the worst-case scenario to get him to seek help because, in our minds, seeking help is a sign of weakness. I have a lot of men that I work with who cannot even maintain eye contact because of the shame and embarrassment." 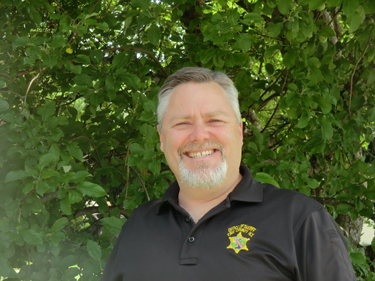 Abusers don't just go after their intimate partners. "One of the first questions we ask on the safety plan is if they have any family pets. The reason for that is that the pet is the extension of the individual. 'If I can't harm you, I'll get to you emotionally through your pet,' " Chudoba said.

Chudoba told the story of a young woman who was brought to Erie County after she married. "She didn't have anyone here, so, when he abused her, she felt very alone and didn't want to call her family back in Pennsylvania."

One day, the couple and their 1-year-old baby were traveling on the Thruway. As the husband was driving, he "backhanded his wife with his class ring across the face because she gave him the wrong direction. The orbital bone was damaged. She had a really bad swollen black-and-blue mark. He also later stopped the car because the family dog was bothering him, and the wife witnessed him picking the dog up above his head and slamming him to the ground. It was her dog," Chudoba said.

According to Chudoba, the worst case of domestic violence that he has witnessed involved both financial and emotional abuse. "The husband would come home from work and just nitpick every little thing in the house. If she didn't have the proper items in the refrigerator, he would tell her to go to the store. He would hand her the exact amount, including tax. He would choose for her the car that she could take. Then he would write down the mileage. And then ask her which store she was going to, knowing fully well the mileage there and back.

"This went on for 40 years. I worked with her for three months and realized that it was out of my expertise, that she needed deeper counseling. So I referred her to a psychiatrist. Six months later, I received a call from her, stating that she was driving her car with the top down, and when I asked her where she was going, she said, 'I don't know, and I don't care.'

"Freedoms that we take for granted were such a huge victory to her. She was a slave in her own house. She did end up by divorcing him and moving on with her own life. She did break the cycle."