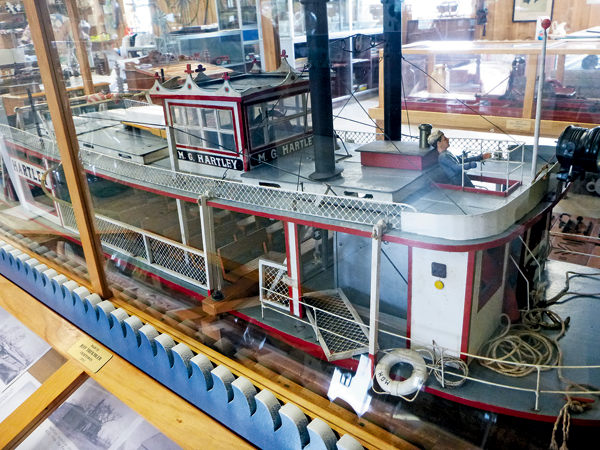 The Sanborn-Lewiston Farm Museum on Saunders Settlement Road highlights artifacts from the region's history, from all things dairy-related to local businesses and home life. (Photos by Jill Keppeler)

Pieces of the Past: Sanborn-Lewiston Farm Museum

EDITOR'S NOTE: This is the first in a series of articles about local history museums in the area. If you have one you'd like to suggest, contact Jill Keppeler at 773-7676, ext. 113, or [email protected].

Like many local history museums, the Sanborn-Lewiston Farm Museum has artifacts from the large (farm equipment, an entire storefront) to the tiny fragments of life that might otherwise be overlooked.

Over the years, museum volunteers have turned those smallest bits and pieces into some of the site's most popular exhibits.

During a recent tour, museum Curator Bonnie Haskell pointed out one of several "Can You Guess What These Were for?" displays, which gather such items as a chicken leg hook and rug beater for the amusement (and puzzlement) of visitors.

"People really like these," she said. "They gather around and try to guess."

The museum, located at 2660 Saunders Settlement Road, opened in 2003, according to Glenn Wienke, a Sanborn Area Historical Society member who grew up on the former farmland where it's now located. (The society also runs the schoolhouse museum in Sanborn. An article about that site will run later this summer.)

Wienke said the museum draws people from all over the country, often those with a farm connection themselves.

"It's for people, especially the younger kids, to learn how things used to be, how our country came about. It brings back a lot of memories," he said.

It's especially important to Wienke, who grew up on that land.

The two sections of the building that houses the museum are organized into sections that each showcase a different part of life in the area -- sewing equipment, laundry, music, tools, a 1920s kitchen and more.

One area showcases all things milk-related, in a nod to the area's dairy background.

That's the home of Moo Two, a stuffed two-headed calf that is one of the museum's most prized possessions. Born in the 1920s on the John William Blank farm on Lockport Road in Sanborn, the calf lived only five days, but has fascinated schoolchildren for decades. 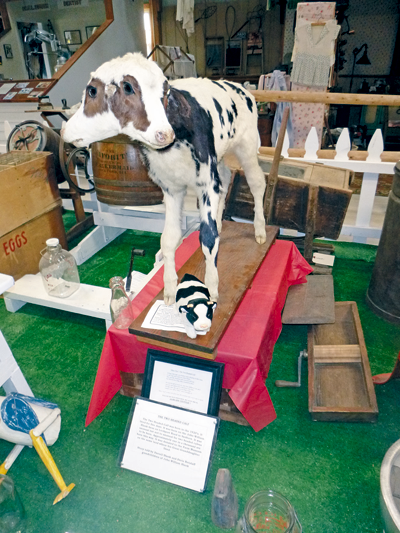 "We did a contest and the kids at school named him," said Haskell, who added that there are plans for a glass case to protect the venerable creature.

Nearby, another prized exhibit is a large mock-up of the office of Dr. H.L. Dinger, a local dentist. Artifacts include everything from a letter accepting Dinger's application to the NY University College of Dentistry to a small, comical statue of a dentist, diplomas, tools and a dentist's chair.

"When he passed away, his family came here and built this," Haskell said. "It's an exact replica of his office." 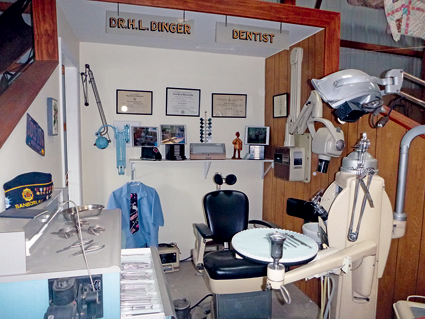 Across the room, the original glass storefront and "Lafler's" sign came from the store run by Bert N. Lafler on North Ridge Road in Cambria. It closed in 1965, and was salvaged by the society.

That's just a portion of the items in the museum. The society has plans for expansion; by spring, Haskell said they hope to start remodeling the newest property, a building deeded to the society by the Sanborn American Legion Post No. 969 in 2012 and actually moved to the property in the fall.

The hall, which was a church before becoming the home of the American Legion, is nearly 190 years old. The society plans an "1823 church" display in the front, with military artifacts and items representing local organizations in the back.

With these plans for the future, the society would like to encourage new volunteers to take part. Haskell said that students looking to fulfill volunteer hours are welcome.

"Anything we can do to try to bring new blood in here," she said. "They're the future." 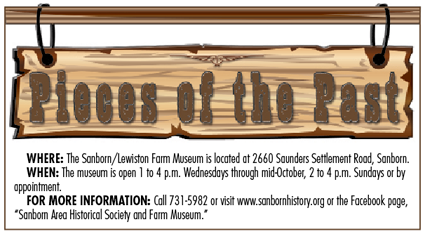 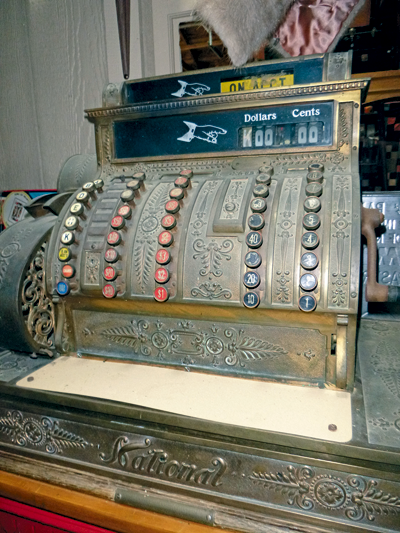 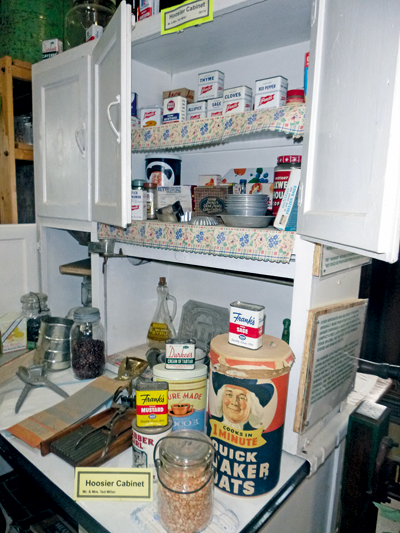