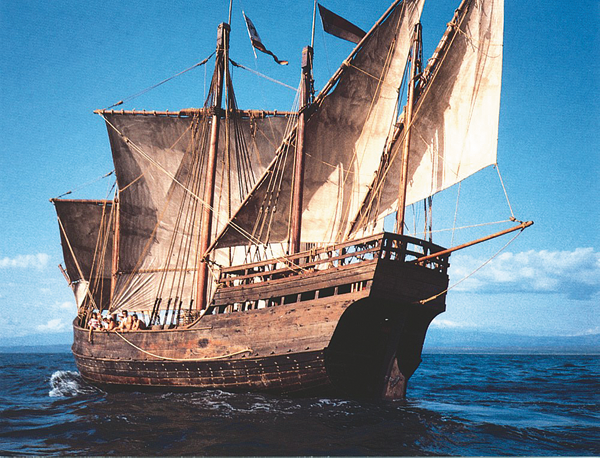 Replicas of the Nina and Pinta will be docked through Wednesday in Buffalo. The public is invited to visit the ships for self-guided tours. (Photos courtesy of the Columbus Foundation)

The ships were originally set to be docked off Tonawanda Island in North Tonawanda.

Replicas of two of Christopher Columbus' ships, the Pinta and the Nina, arrived Wednesday afternoon and open to the public today. While they are in port, the public is invited to visit the ships for self-guided tours. Admission is $8 for adults, $7 for seniors and $6 for students ages 5 to 16. Children 4 and younger are free. The ships will be open from 9 a.m. to 6 p.m. each day.

First Mate Michael Sprague said early Wednesday that the ships had just passed through the Welland Canal in Ontario on their way to North Tonawanda. Their last port had been in Rochester.

Sprague, who is originally from Wisconsin, has been working aboard the ships for nearly three years.

"It's a really great way to travel, especially being as young as I am. I'm just 22," he said. "Within the last three years, I've traveled through half the 50 states and gone through Canada twice."

People who visit the ships tend to ask questions about how many people originally sailed on them and their size, Sprague said.

"Those can be some of the most interesting answers," he said. "People can be really shocked about them." 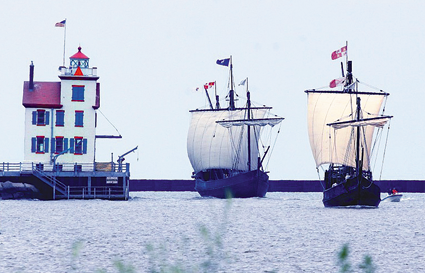 Twenty-six people originally sailed on the Pinta in 1492, Sprague said, with 24 on the Nina and 40 aboard the Santa Maria. People usually expect there would be 100 or more on board, but they're often thinking of the Mayflower or similar ships.

"He wasn't colonizing at all, he was simply exploring," Sprague said of Columbus. "The ships are quite small compared to what people imagine."

Today, five to seven crewmembers are typically on board each ship. They travel an average 10 months out of the year to 30 to 40 different locations around the United States.

According to the Columbus Foundation, the Nina was built by hand and without the use of power tools and is considered to be the most historically correct Columbus replica ever built. The Pinta was recently built in Brazil and is a larger version of the archetypal caravel.

Teachers or organizations who wish to schedule a 30-minute guided tour with a crewmember should call 787-672-2152 or visit the website at www.ninapinta.org, click on "Take a Tour" and fill out online form. Tours must have a minimum of 15 people and cost $5 per person. Email[email protected] for more information. 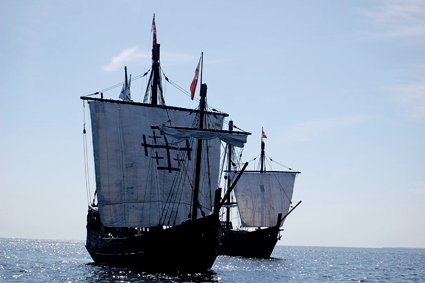 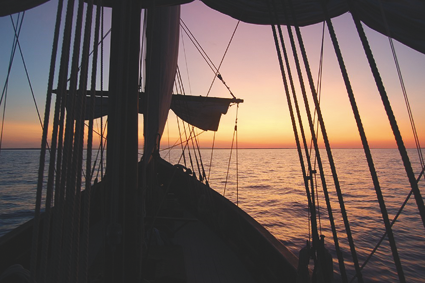 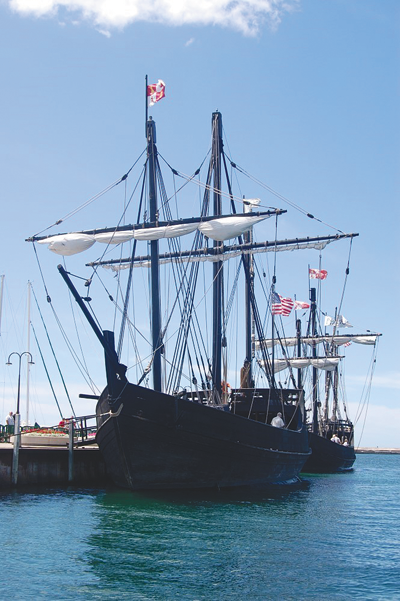