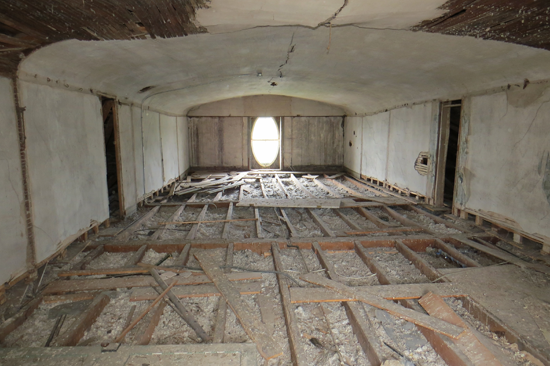 The top floor of the Frontier House.

When community members, elected and business leaders strategize what to do with the 10-years-dormant Frontier House, the conversations tend to suggest the 191-year-old building is dilapidated, falling apart and structurally suspect.

Broker Bruce Andrews doesn't use those words. Instead, he calls the Center Street landmark amazing and uses descriptions like character, craftsmanship and skill.

"You have to realize that this has a lot of value for Lewiston," he said. "This is Lewiston. So it has to be brought back. ... You have to bring this back to something like it was." 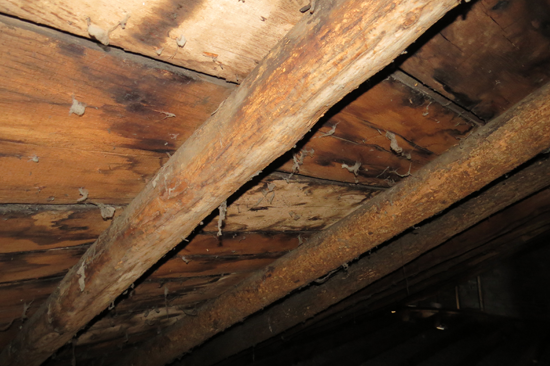 On Thursday, Andrews provided this writer with an in-depth tour of the Frontier House - the well-known street level, the basement, three upper floors and each and every room. In explaining his valuation, he meticulously detailed the work involved in developing the former hotel in 1824. Andrews showcased the building's nearly 200-year-old post beams, which were crafted from hand-cut trees and are prominently displayed on the upper levels and inside the roof; the original woodwork, stone walls and decorative trim on floors two and three; and even the marble that exists beneath a layer of dust on the main second-floor fireplace.

Andrews spoke of tales of secret Freemason meetings. He pointed out the cut nails and hatchet marks still visible after two centuries, and the ladder allegedly used to climb onto the roof and scout out incoming stagecoaches in the horse-and-buggy days.

"You had 18 guys cutting stone for a year for this building," he said. "That's all they did; they just cut stone so they could put the stone up. You just can't find that kind of thing (today)."

"You can still see the grain in the wood," he added. "There's some serious history here."

"The bark is still on the tree," Andrews said as he patted his hands on the roof's limbs. "How do you appraise a value on a building that was made by men who cut trees down and used them for rafters? That's the incredible history of this building. ... How do you put a value on that?"

"I think it's invaluable," he said. "And I think it has to be cleaned up and brought back to the original grandeur that it had."

"1824," Andrews said. "These trees were cut down in 1824. It's amazing, isn't it? When you do an appraisal on a building like this, they're just looking at the building, the structure, trying to find (comparables); seeing what other things have sold. That's the standard procedure." 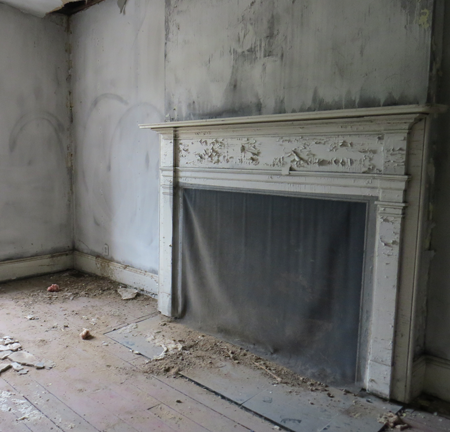 "Even before we consulted others for expert opinions, we knew that appraisal was impractical," Sheehan said. "If you want to measure a landmark property, you should use a suitable measuring stick. (GAR's) appraisal type, applied to this property, was as good as using a thermometer to measure how loud something is. Value should have been established by comparing the Frontier House to other historic landmark properties across America, not by comparing it to a mini-plaza or car wash in the Village of Lewiston.

"Where I acknowledge it is a difficult task to establish value on a property like this, I think the scope of this GAR evaluation really fell short.

"Bruce Andrews, a local agent at Great Lakes, has assisted in establishing a more realistic sales price. On his recommendation, it's been listed at its current price, which Mr. Andrews believes is a fair reflection of the value in a one-of-a-kind, unique, nationally recognized property."

In late March, Brochey asked the Town Board for consent to hire an appraiser to assess the Frontier House, which formerly housed a McDonald's Restaurant. If the price was right, he would recommend using Greenway funding to purchase the building from Hastings. Brochey would then pursue grant money to refurbish the Frontier House and reopen it to the public.

GAR was hired and, about one month later, Brochey received the appraisal report, of which he said, "(The Frontier House) is probably worth more than the assessed value. How much more I couldn't say."

The Frontier House was not discussed at subsequent Town Board meetings, and Brochey has not spoken with Hastings since receiving the assessment. Last week, the supervisor said the issue is all but dead now, as the appraisal number and listing figure are too far apart. He added, however, "If (the Hastings family is) interested, I'll sit and chat. If they're not interested, I'm not going to push it. ... My door's always open."

Brochey said the town was in the best position to find repair grants.

He was not optimistic a private buyer would emerge. If one does, "An individual coming in and buying it - even for the assessed value ... is going to have to look at possibly putting a million into it or more to restore it," Brochey said.

Andrews said such an investment isn't uncommon when dealing with a historical building. He added, "The building is solid. It's sound."

"The structure is still here and it's still solid," he said, and suggested interior cleanup (picking up trash, plastering, laying floorboards) could be done in a relatively short period of time. 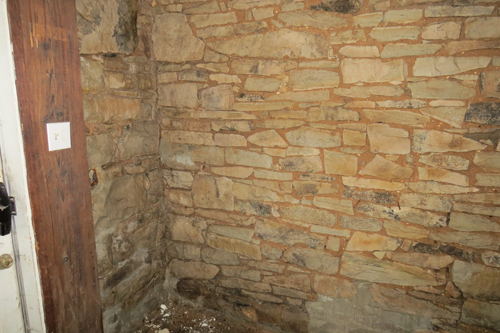 Andrews said the Frontier House's price shouldn't be measured against recent transactions, namely the purchase of Apple Granny, the restaurant that sits across the street, or with the Ontario House in Youngstown, which is reportedly in the process of being sold.

"I looked at all this. And I said, 'You know what? You can't compare this to Apple Granny or another commercial building that sold for $300,000. You've got to take this (analysis) into consideration. This is just - you're selling history here,' " Andrews said.

History, and a large parking lot and a unique view of the village no other building can offer.

Andrews noted the asking price is just that, an asking price, and said the Hastings family will consider all reasonable offers.

He has created a website, www.lewistonfrontierhouse.com, which provides additional details on the building.

The Frontier House is located at 460 Center St.