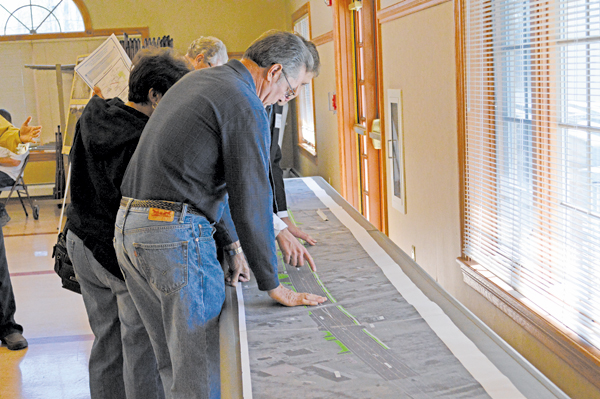 Boulevard reconstruction to continue next spring

As with the section of the boulevard improved in 2012, the project stems from a plan to improve the area between Krueger and Walmore roads, which was identified as having safety and operational deficiencies. Ultimately, that project was split into segments due to funding constraints.

The plan for the approximate mile of road to be worked on is to split it into five lanes, with the center lane becoming a two-way turn lane. The southbound side will have a 5-foot shoulder and 5-foot snow storage, as well as a 5-foot sidewalk. The northbound side will have a 6-foot shoulder. Drainage will also be enclosed as open ditches are eliminated.

Those who attended the open house expressed interest and positive sentiments about the project.

"I think it'll be a little bit of a nuisance as it's progressing through, but once it's done, it'll be of benefit to everybody," said John Bergey, who owns property along the affected portion of the road. He said the project addressed all of his immediate concerns about the area.

Regional design engineer David Christopher said NYSDOT would address the other sections as funding became available but cautioned no funds were currently set aside for such work.

The project is estimated to cost $5.5 million, which will come from federal and state funds. A detailed design is set to begin this summer, with construction slated for next spring. Construction is expected to end in the summer of 2017.

For more information on the project, visit www.dot.ny.gov.

Pictured above is an image looking east on Niagara Falls Boulevard at Cayuga Drive Ext. Below is a rendering of the proposed road changes. (Photos provided) 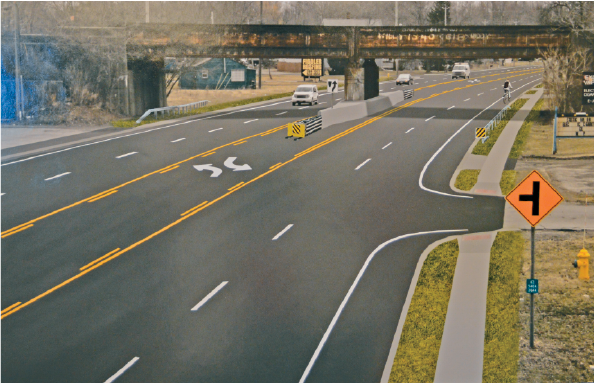