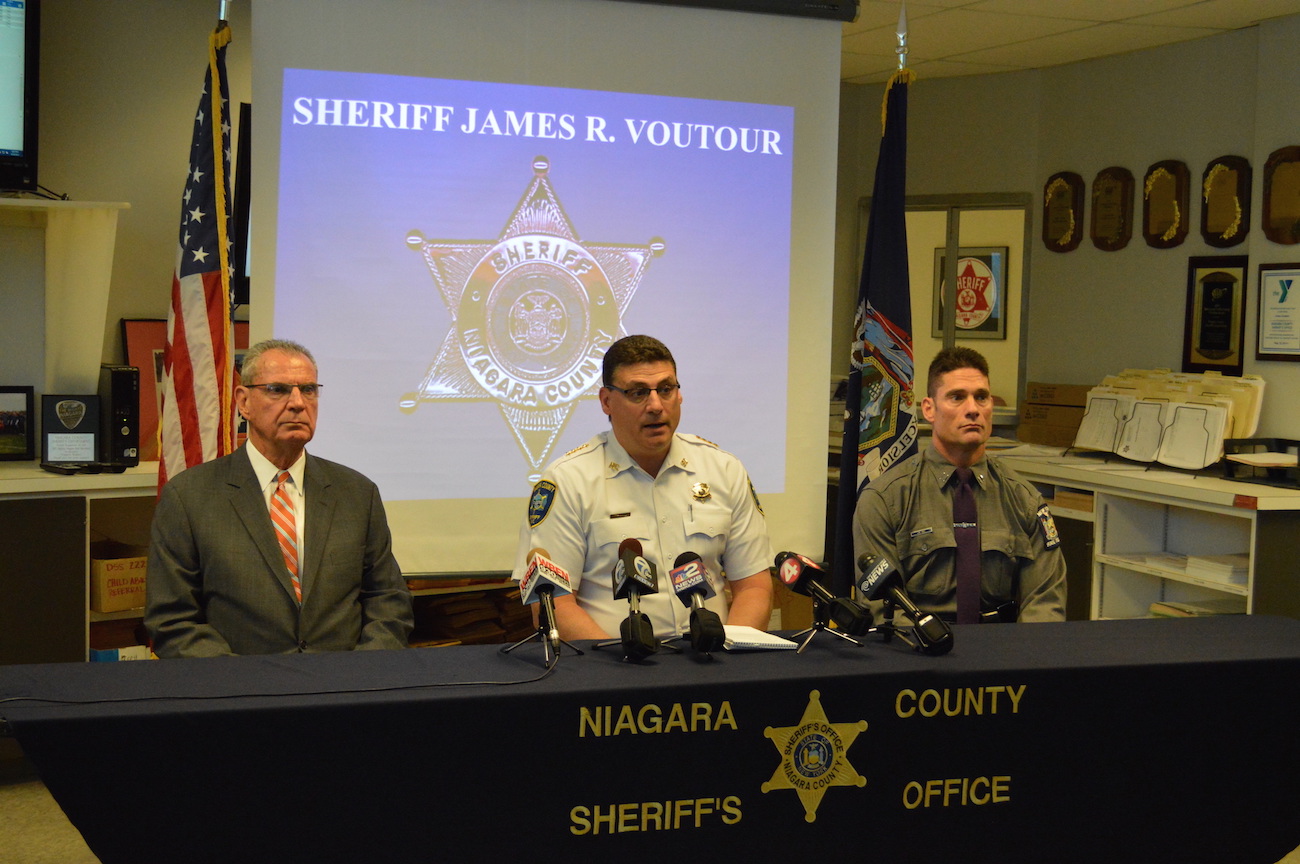 Deputy in Errick Road shooting will not be charged

The deputy who responded to a 911 hang-up call that later turned into a gunfight on Errick Road last week will not be charged, Niagara County Sheriff James Voutour announced Friday.

Joe Tortorella, an officer stationed in Wheatfield for many years, became involved in a gunfight with Duane Bores Jr. at the latter's Errick Road residence last week.

During the gunfight, both men were shot. Tortorella's bullet-resistant vest stopped the bullet that hit him. Bores was shot and retreated inside the house, where he died of another, self-inflicted gunshot wound.

The hang-up call came from Bores' parents, whom he had shot before the police were on site.

A standard investigation was begun to determine whether excessive force had been used.

It was determined by both the sheriff's investigators and District Attorney Michael Violante the shooting was justifiable. Further, the medical examiner's report confirmed wounds Bores sustained from Tortorella's gun were not fatal.

The confidence in the investigators' decision came in part from five surveillance cameras the Bores family had installed around their yard, apparently in response to vandalism.

Voutour and Violante said the footage on those cameras showed exactly what Tortorella reported had happened.

The camera showed Bores had a handgun in each of his back pockets when the deputy confronted him.

Voutour also released more information on the initial verbal interaction between Tortorella and Violante. When Bores exited the house, Tortorella noticed blood on his hand. He asked Bores if he had a weapon several times.

The investigation is ongoing, but Violante speculated Bores' intent may have been "suicide by cop." Tortorella told him, at one point before the gunfight, Bores asked him to shoot him in the head.

Voutour reported his office had spoken with a relative of the Bores', who said the relationship between Bores and his parents had been strained recently.

The parents, Duane Sr. and Cynthia Bores, remain in critical condition, intubated and unable to speak, at Erie County Medical Center. They are expected to survive.