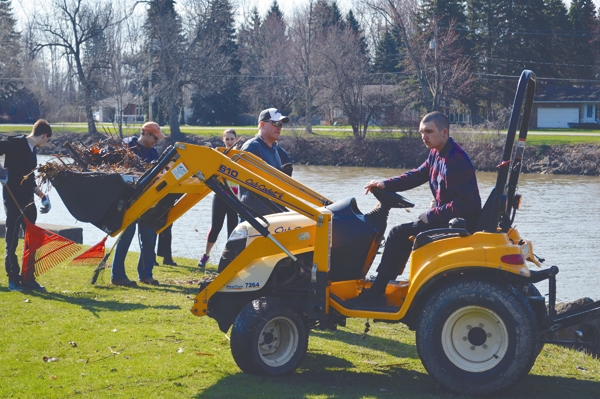 "The weather was beautiful, we had a great turnout. A lot was accomplished in a very short time," Mayor Art Pappas said. "We had people from all the departments, we had citizens from all over the city who participated. And the nice thing about it, it was a really nice family affair, too."

Alderman Eric Zadzilka reported there were more than 100 volunteers, including groups from Hunt Realty and Walmart, Boy Scouts and Girl Scouts and students.

"A lot of the high schoolers, I thought they did a great job. They all worked together, they did what they were told, they did it safely," Zadzilka said. "I felt that it was a pure example of the community coming together and taking part in actually seeing what they can do to beautify our community."

"It really warmed my heart the other day to see so many concerned citizens in North Tonawanda actually being out at the canal cleanup, because I saw some of those individuals there just a few days prior at a Town Hall meeting," Alderman Robert Pecoraro said. "It's neat to see the community wants to come together and wants to do what is right for the city."

Another cleanup effort, I Love My Park Day, will be held May 2 at Gratwick Riverside Park off River Road. Alderwoman Donna Braun will also hold a cleanup at Heritage Park May 9.

See more photos of the clean sweep in our photo gallery.

In other Common Council news:

•Pappas announced he received a letter confirming the City of North Tonawanda Brownfield Opportunity Area was approved by the Department of State.

"All who participated in the preparation of the nomination should be commended for their hard work and commitment to developing a strong and comprehensive revitalization plan for the city," Pappas read.

A proclamation was given to Mike Zimmerman of the Community Development Program, who played a large part in achieving the nomination.

•NT National Little League will hold a baseball season opening day parade at 10 a.m. May 9 from Taber Field to Wheatfield Street. It marks the 63rd year of the league's operation in North Tonawanda. 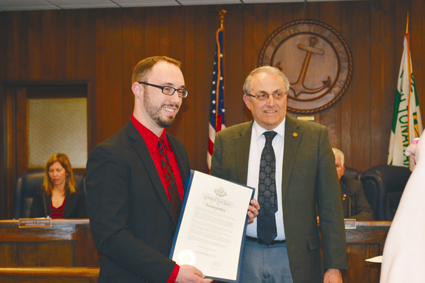