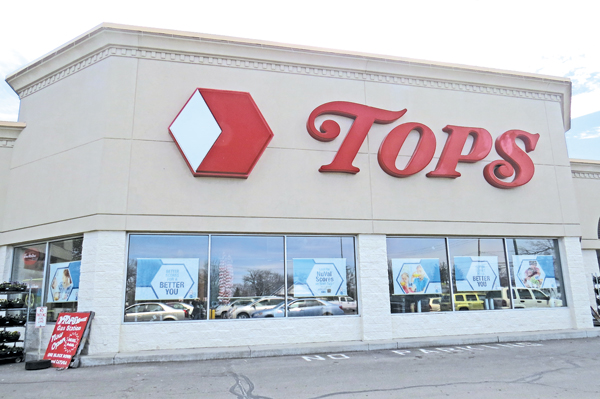 DiMino Tops Lewiston is once again setting the trend for grocery retailers in Western New York. Just two years removed from reinventing how produce is maintained and displayed, storeowner Anthony DiMino is reimagining several other areas of his nearly 50,000-square-foot supermarket.

In just a few weeks, a multimillion-dollar renovation will begin. Change is coming to the front end of the store, where offices will be removed and an enormous beer room will be built; the center of the store, where aisles will be cropped to provide more shopping space; and to the back of the store, where bathrooms and offices will relocate, frozen foods will be elevated and cakes put on display. Additionally, the two entranceways will receive a makeover, and the café/Tim Hortons dining area will offer new and improved seating.

"The reason why we do this is to make sure we're still relevant," DiMino said. "Eighty percent of the people that live in Lewiston work above the hill. They have lots of choices and places to go. They probably pass eight other Tops Markets and five or six Wegmans, and there's plenty of Wal-Mart Supercenters around. I need to make sure that I give our people in the village, in the town and the Town of Porter, a reason to stay below the hill - and give the people that live above the hill a reason to come down the hill."

Though many areas of the store will be overhauled, DiMino said, "We think it's going to be as minimal an effect on shoppers as possible." 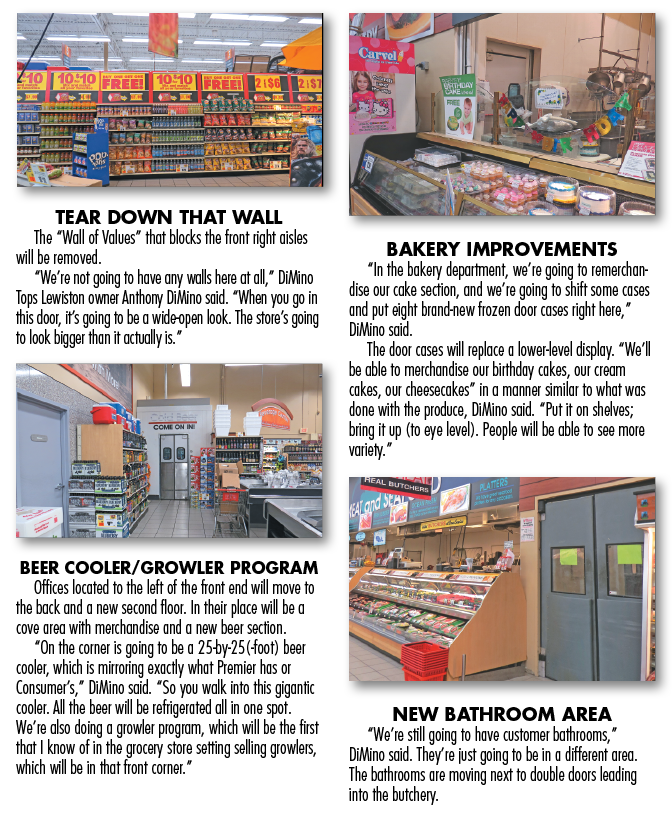 He expects work to begin in June and end in time for the Thanksgiving and Christmas holiday shopping season.

DiMino's store was among the first to debut self-scanning checkout registers. He revamped his produce department when he put products in refrigerated glass-door cases. His Tops was the first to sell "Al's Special Recipe Sausage"; it brought Redbox movie rentals to Lewiston; and it boasts a standalone bottle return room. In 2011, DiMino converted a closed gas station into a Tops Xpress, affording customers the opportunity to use bonus card points for discounted gas.

"People don't realize that the population of Lewiston is not this big metropolis," DiMino said. "It's pretty much the same population as Wrights Corners or Wilson. You see in those towns a small, kind of mom-and-pop supermarket, which we had for a long time before we built the new store.

"People are surprised, when they come here, (to see) what we have. I think it's a driver for the whole business district. If we had a small, obsolete-looking supermarket, that means if they really wanted to shop for specialty items, they would have to shop above the hill. And if they're going to shop above the hill, they might as well do all their shopping there.

"We give a reason for people to stay down here. It's just, I think, a catalyst for the whole business district." 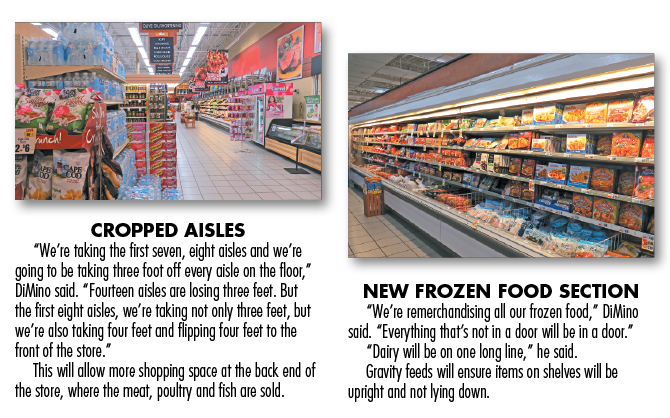 The slogan "Tops never stops" refers to the supermarket chain's desire to save customers money. At the one-of-a-kind Lewiston location, the saying could just as easily refer to DiMino's interminable pursuit of innovation.

"We are unique," he said. "If you walk in any other Tops supermarket in the chain, there's not one that looks like us. When we're done, there'll be another reason why we're going to be different than even a standard Tops supermarket."

"Our uniqueness is the reason why I'm so excited, because it gives an opportunity for not only the people that live here, but the people that come and visit us through all our festivals will come and say, 'Wow,' " DiMino said. "I like when people walk in the store and say 'Wow.' It's a compliment to what we're doing." 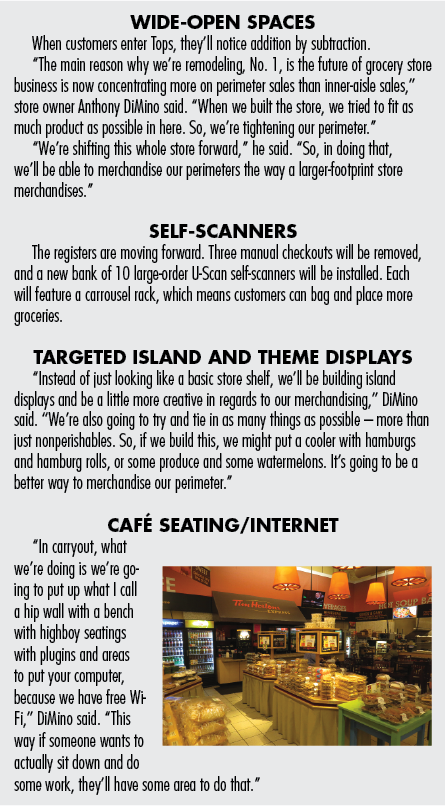 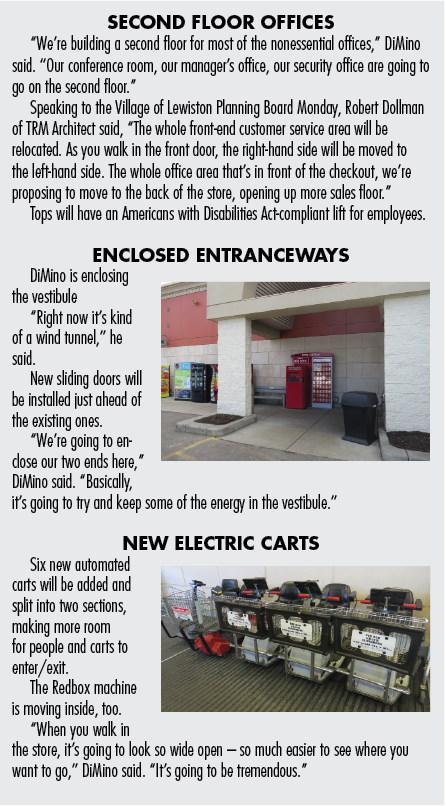