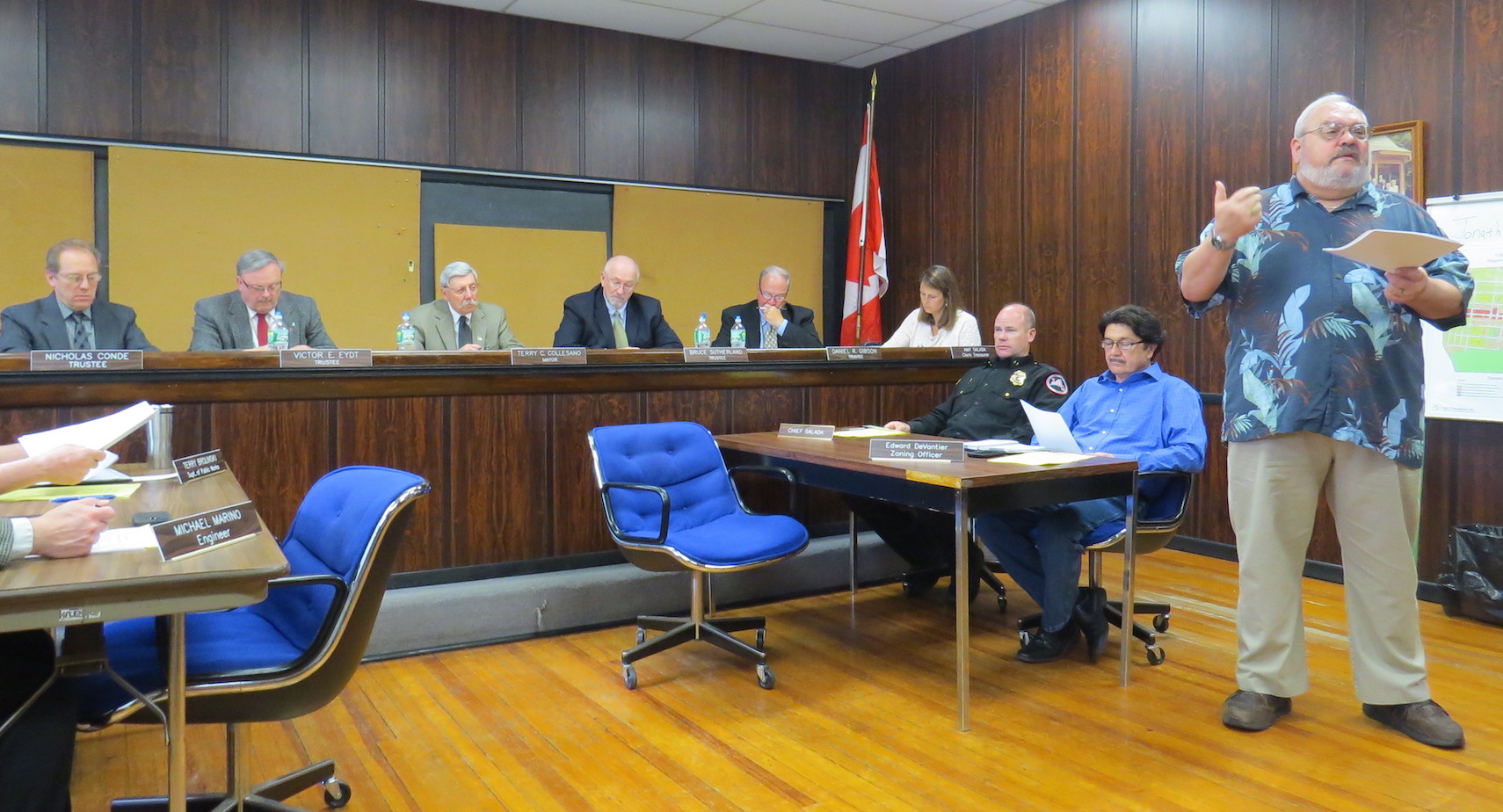 Village of Lewiston taxes going up 12 cents, but it could be worse

"In working with our budget officer (Deputy Treasurer Edward Walker), we worked very diligently in order to keep the taxes down," Mayor Terry Collesano said at Monday's monthly board meeting. "We did do a lot of cuts working over a period of two, three weeks. And the final outcome was what we are presenting this evening."

"The board was very diligent in going with me line by line through the budget," Walker said. "When you see the budget actually online you will see where the departments asked for a certain amount, and then you'll see what the board action was, that they decreased - they pulled back about $30,000 or so from what the departments had asked for."

Walker presented residents with a highlight sheet. He said the full 21-page budget report would be posted on the Village of Lewiston website.

"What went up? Fire protection went up ($20,650)," Walker said. "Our installment debt service went up appreciably ($17,553) because last year we purchased a couple of new pickup trucks. ... Plus, the WPCC update ($37,493) was probably our largest single expenditure increase, and that was mandated in 2013 by the state to upgrade the Water Pollution Control Center. That will be going on for quite some time, and it was not in our budget last year."

Last year's budget was about $3.3 million. The village's top five expense items for 2015-16, all essential services, make up 56 percent of the new budget. These include:

In addition, water and sewer rates will both rise five cents per 100 cubic feet (10 cents total). A current quarterly bill of $100, for example, will increase $1.27.

"We've talked about the sewer rates ... and those are going up a nickel," Walker said. "That is mandated by the water control board, which is made up of the four municipalities that use the Water Pollution Control Center, and that is the Village of Lewiston, the Town of Lewiston, the Village of Youngstown and the Town of Porter. (They have a) joint board that meets with the folks at the WPCC and sets where the rates are going to be. The folks at the WPCC determined that they needed to have a nickel increase this year in the sewage rates.

"They had a nickel increase in the sewage rates last year, and the village was fortunate enough to not pass that on. But this year we cannot allow that to go. It was one of the things that our auditors pointed out to us very clearly, was that we needed to be very cautious with where we were going with our sewer rates and our water rates to make sure that we weren't dipping into our fund balances too much to cover those rates.

"The nickel for water rate follows along the same thinking, but that's our own rate increase to make up for the shortfalls that we're seeing in water rates."

"We are pretty much in line or less than every other village in the county," Walker said.

Center Street resident Ron Craft asked the board about a 2011 consolidation plan that was presented by Conestoga-Rovers and Associates. He said shared services or mergers with the Town of Lewiston could save the village $280,000 in two years and cut the tax rate.

Collesano said the board studied the report and "The outcome of that survey at the time was that there would not be any great, significant savings, other than the highway or the (Department of Public Works). ... And after they looked into it, there was not a great savings there (either)."

Trustees thanked Walker for his research.