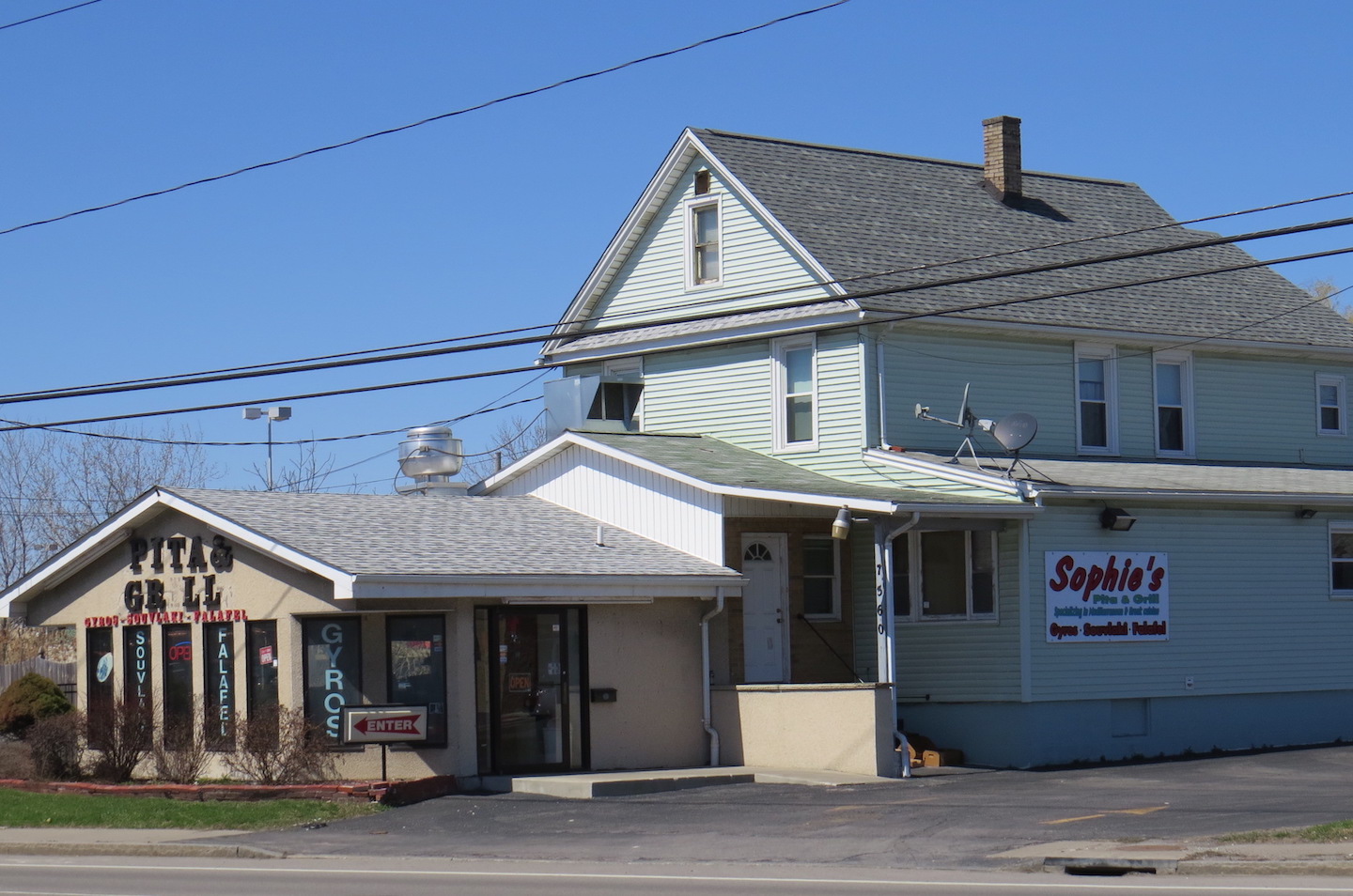 Captivating cuisine, but not a great atmosphere at Niagara Falls eatery

Authentic Greek food is not easy to find in Western New York, but Sophie's Pita & Grill is a good place to start.

Located at 7560 Niagara Falls Blvd., Niagara Falls, Sophie's Pita & Grill has been in the foodservice industry for nearly 35 years. The owners have been supplying a variety of sandwiches, platters and salads to hungry customers who are craving something not easily found in these parts. Tzatziki sauce, homemade Greek dressing and feta cheese are just a few of the ingredients used in making the delectable entrees.

My colleague and I visited Sophie's Pita & Grill on a sunny Thursday afternoon. Whereas others were seeking out hot dogs or milkshakes for their lunch fare, our palates were craving something off the beaten path.

Walking into Sophie's, it was clear not much thought had been given to decoration or cleanliness. There was a feeling of needing to wash one's hands after sitting down at the table. The manager quickly ran over and started wiping down the tables with a haphazard grin on his face.

More about that later. 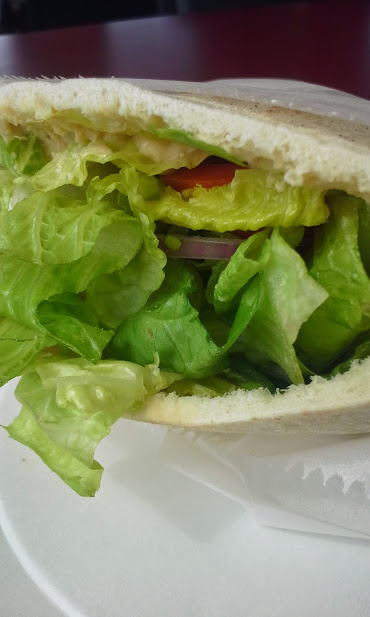 The menu offers a range of options, each sounding appetizing in their own way. My colleague chose the hummus pita ($6.48), and I chose the chicken souvlaki ($7.40). I asked for Tzatziki sauce, a creamy Greek sauce that is placed on meats, and was charged an extra $1.25. While we sat and awaited our meals, my colleague brought up the fact the cook was eating his own food while preparing our meals.

The chicken souvlaki was giant in size. It was definitely a sandwich one needs both hands to hold. The sandwich was well stuffed with chicken, a cluster of vegetables and generously covered in one of my favorite condiments, the Tzatziki sauce. The chicken was well seasoned and tender. The leafy greens added a nice crunch. The drizzle of Greek dressing was delectable and the pita was grilled just right.

A cold ginger ale ($1.39) helped enhance the rich flavors developed in this sandwich.

The pita should remain wrapped in wax paper, because a sandwich this large can get messy quickly.

The hummus pita had freshly made hummus that was underseasoned and could have used a bit more salt and pepper. While it was a close in price to the chicken souvlaki, the larger sandwich dwarfed it. It was barely a quarter of the size and could have been filled with a few more items, such as feta cheese or olives to help with the lack of seasoning. It had a good consistency and blended nicely with the fresh tomato and red onion. However, my colleague believed the vegetables could have been mixed better instead of being layered on top of one another.

While this location had dishes that were vegetarian friendly, the staff seemed to think a vegetarian lifestyle is a joke and overcharged the available options.

Cleanliness is, or should be, an important factor in all restaurants. Whether a diner is brand new or has been around for 100-plus years, cooks and chefs should always take the necessary steps to ensure a clean workstation. While the chef here was not wearing gloves, I did notice that he was using tongs to stuff the vegetables and meat into our pita breads.

In addition, the floors were not in the best condition. There were large dust piles beneath the tables and the windowsills looked in need of dusting. Our meals were placed on the less-than-sparkling counter and we grabbed them as the chef prepared more meals.

Despite the overall dingy appearance of Sophie's, it is a local favorite. Why? There are quite a number of local businesses with employees who are looking for a quick bite to eat. Most of the customers arrived to grab their food and leave, not sticking around to notice the details that my colleague and I noticed.

The rating given to Sophie's Pita & Grill is a 3.5 out of 5. The food was well done. However, the gruff service from the chef and appalling cleanliness (or lack thereof) lowered this diner's rating.

With a visit from the health inspector and changes to staff, Sophie's Pita & Grill has the potential to be better. 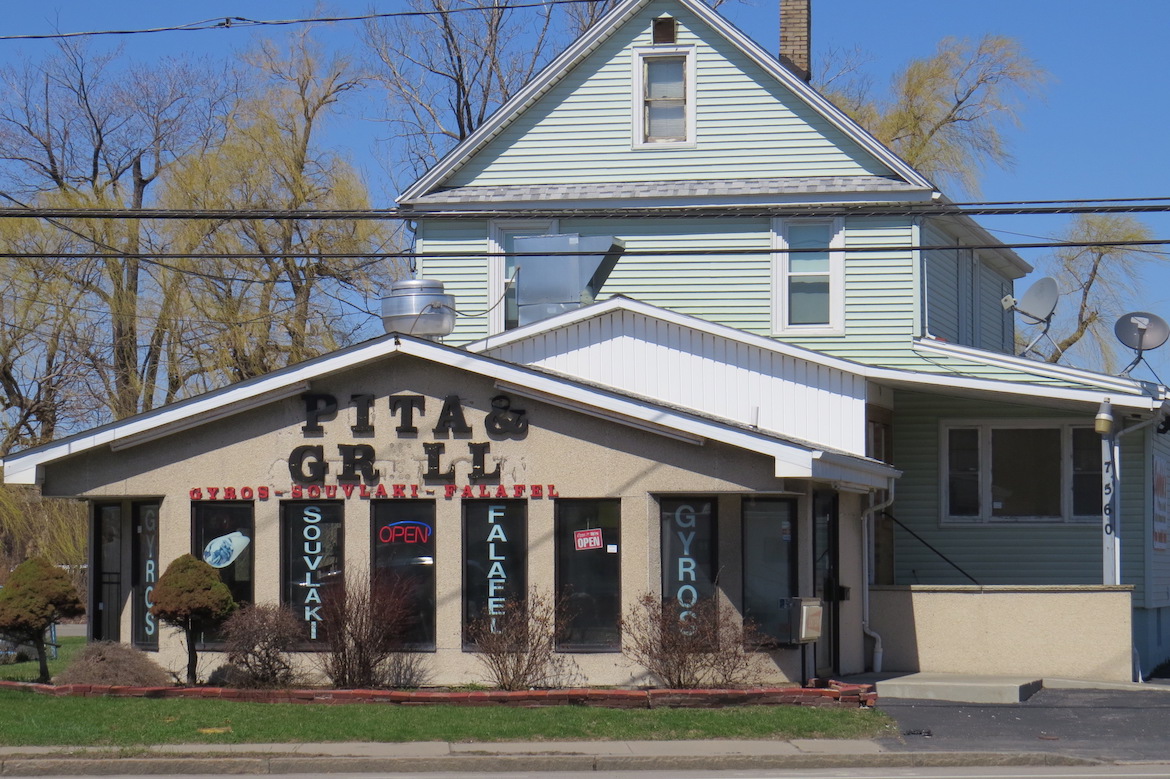