•Taken from the April 10 Island Dispatch

"Liz is my assistant and will remain so," Cooke said. "She had been considering a run for the board and decided 2015 wasn't her year to run, so given that change, we thought it might be an opportunity for someone else."

Both Roesch, a Conservative, and Cooke, a Republican, are up for re-election in November.

The deputy supervisor post carries no extra pay. Wilbert filled in for Cooke at one meeting in 2012.

"I ended up with a senior member of the board," Cooke said of her decision to appoint Roesch. "We had a conversation about it and he was interested, so that worked." 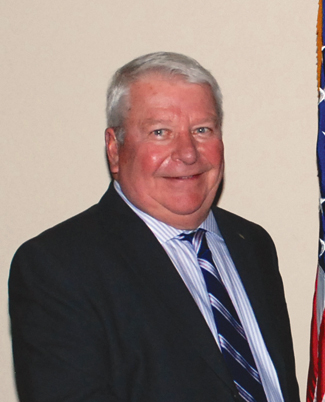 According to Hardwick, who represents Grand Island in the legislature, the law would require pawn shop owners to report items received that are greater than $15 in value to the Erie County Sheriff's Office. Owners would obtain the seller's name, a copy of the seller's photo identification, a photo of the item sold and any identifying marks.

"The reports will be uploaded to a database maintained by the sheriff's office and any item that is uploaded cannot be sold within 14 days of the date of purchase," Hardwick wrote. "This will hopefully allow your professionals the opportunity to find stolen items that are being fenced through pawn shops."

Next, County Executive Mark Poloncarz will hold a public hearing and then approve or veto the law. Hardwick encouraged Grand Island Police officers to attend the public hearing.

Cooke said there are no pawnshops on the Island, but the law would "help people recover their stolen goods should they be taken to a pawn shop." She noted that oftentimes, by the time police approach a pawnshop looking for suspected stolen jewelry, "it's already been melted into something else."

Resignation and appointment to EDAB

The board accepted the resignation of Jeff Halpin from the Economic Development Advisory Board with regret.

"It has been an honor to serve with the dedicated volunteers of the board and wish them continued success," Halpin wrote in a memo to the board. "It was a pleasure to work with them over the last several years."

The board appointed Roberta Lange to the EDAB to a term expiring Dec. 31, 2017.

"I think she's going to be a real asset to the board," Roesch said.

Cooke received the board's authorization to execute Form K from National Grid, which would permit SunEdison to submit an application on behalf of the town for the remote net metering of a solar project. Cooke said a letter of authorization "moves a project forward. We're looking at having a solar array somewhere on town property to help us with our energy costs."

Roesch said the metering will allow the town to obtain power from solar panels and any excess the town can "bank back to National Grid." He called net metering "a two-way street." He noted a 1 million-square-foot solar facility at the old Bethlehem Steel plant is being built and he called it the largest such plant in North America.

The board authorized Roesch to act as liaison to the Dog Park Committee, which is investigating creation of a facility in Nike Base Park.

In a memo to the Town Board, Jerry Kutis of the Dog Park Committee asked the Town Board "for their official approval of use of a specific section of the Nike Base complex for the creation of an off-leash area for canine use." Kutis wrote that a proposed use on a 1-acre site west of the gravel driveway and south of the baseball diamond outfield has been approved by the Parks and Recreation Advisory Board.

"We understand use of this site is subject to a lease agreement similar to the one utilized for the Miracle League Field, which requires the approval of the town attorney," Kutis wrote, adding that approval of the site would allow the committee to begin hosting community meetings and fundraise for fencing and supplies.

The board voted to authorize Roesch to serve as liaison to the Dog Park Committee "and work through the next steps to bring the project to fruition," Cooke said.

Roesch said the dog park is one portion of a park master plan.

At the request of Town Engineer John Whitney, the board hired a water treatment plant assistant; approved amendments to the seasonal hires on the recommendation of Tom Dworak, the head of the Parks Department; and moved to authorize Cooke to submit paperwork to Erie County Civil Service to create a part-time building safety inspector job.

Roesch reported the town received a check for $2,146 from the Cohen Law Group attorney, who looked at extending the town's franchise transfer agreement with Comcast and Time Warner Cable, as well as conducting an audit. The $2,146 was a refund from Comcast for part of their attorney fees incurred for the franchise extension. "It's very seldom you get a check back from a law firm," Roesch said.

Roesch said the Grand Island Chamber of Commerce will hold its Citizen of the Year award banquet at Byblos Niagara Resort & Spa April 23. The event recognizes those who have done positive things for the town, he said.

Roesch also said the board will meet to discuss county highways with Legislator Kevin Hardwick April 28.

May 2 is the date of the first of three lawnmower races in the Grand Island Lawnmower Race Series, Roesch said. A festival is included in the event, which will take place in the Town Commons. "It should be a good time," he said.

Cooke said there were no referrals to the Planning Board, so the April 13 meeting is cancelled, but the R-2 Review Committee will meet at 7 p.m. in the Town Hall conference room Wednesday, April 15, and Thursday, April 23.

Cooke said an Eagle Scout project is underway called "Stars for Soldiers" by Scout William Soos. Soos plans to work from April 19 to May 17 collecting old flags needing to be retired and presenting their stars to service members. Visit www.starsforourtroops.org.