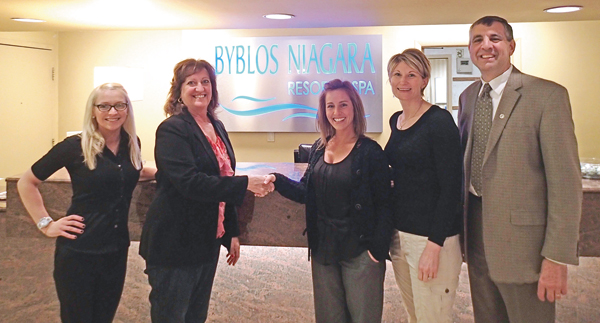 •Taken from the April 3 Island Dispatch

The Grand Island Chamber has announced the recipients for the 49th Citizen of the Year awards.

The Citizen of the Year awards recognize those in the community who have made Grand Island a better place to live, work and play. The awards banquet will begin at 6 p.m. Thursday, April 23, at the Byblos Niagara Resort & Spa located at 100 Whitehaven Road. Tickets are available at the Chamber of Commerce office. Call 716-773-3651.

Byblos Niagara Resort & Spa will be a platinum sponsor when it hosts the event.