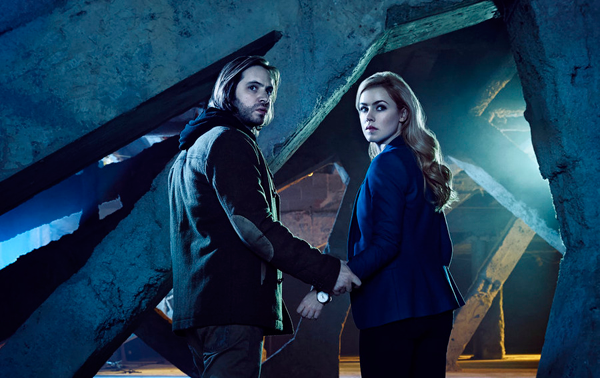 Friday night is where science-fiction shows are sent to prove their mettle.

Some have flourished ("The X-Files," "Grimm"), while others have struggled to find an audience ("Constantine," "Fringe").

Syfy slotted "12 Monkeys" for Friday night when the show debuted in January. The network paired it with "Helix," a complementary series that was a surprise hit last year.

Though "Helix" has nosedived in the ratings this season, "12 Monkeys" has found a solid spot on sci-fi fans' schedules. It has reached 15 million viewers and is trending upward week-to-week.

On Thursday, Syfy officially renewed the series. Season two is expected to premiere in 2016.

"We are absolutely committed to '12 Monkeys,' and have been incredibly impressed by the outstanding critical and audience praise the series has earned," Syfy President Dave Howe said. "The talent both on and off screen have delivered a series that has us all on the edge of our seats, providing exactly the smart, exciting storytelling Syfy is known for."

In a phone interview last week, star Amanda Schull said, "The response has been, overall, very positive. I've gotten such wonderful tweets and messages and things said to me and about the show and whatnot. And I'm just flattered that (sci-fi fans have) taken to it, because we really care. And it's obviously very important that we're doing them proud." 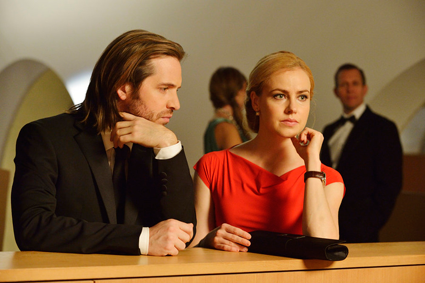 "Aaron is fantastic," she said. "And I couldn't ask for a better scene partner. I mean, it's corny to say, and I'm sure a lot of actors say, 'Oh, they have such great people that they get to work with,' but Aaron shows up completely prepared. He delivers a beautiful performance himself, but does anything and everything necessary for his scene partner, which is not an easy feat - and it's not necessarily a common feat.

"I also just really enjoy him as a person. He's very intelligent. He makes really unique and interesting choices on camera, and so it sort of helps me, as the other side, be able just to kind of push myself into less obvious ways to respond to him." 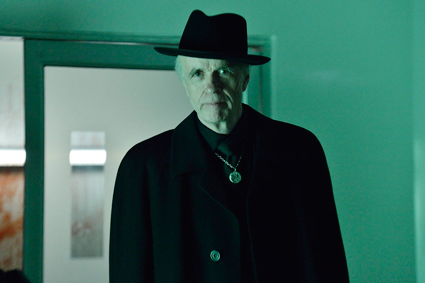 "You know what's funny is that I have so many emails and text messages after every episode that he's in, with people saying something along those very lines," she said. "In all honesty, when I did meet him, he did sort of lead with his character. (But) by the end, Tom and I became really good friends, and we're email buddies now.

"We would spend hours on set just sort of chatting, and he would regale me with his stories from early in and on his career. ...When I look at him on camera, I have sort of this mixed reaction where I see this wonderful artist, and at the same time I see my friend, Tom, which is sort of strange, I guess."

With regard to her character, Cassie, Schull said, "The writers don't hold anything back. They're really impressive. And there's been some scripts that I've read and I thought, 'I have a lot of faith in their writing, and I really respect and am terrified at the faith that they have in me as an actor.' Because sometimes it's really scary to read some of the things that they come up with! But at the same time, it's so challenging in a scary and the most exciting of ways."

"12 Monkeys" airs Fridays at 9 p.m. on Syfy. Find more about the series online at syfy.com/12monkeys, on Facebook at facebook.com/Syfy12Monkeys, and on Twitter @12MonkeysSyfy and #12Monkeys.

Categories
Behind the Screens Entertainment feature
comments powered by Disqus