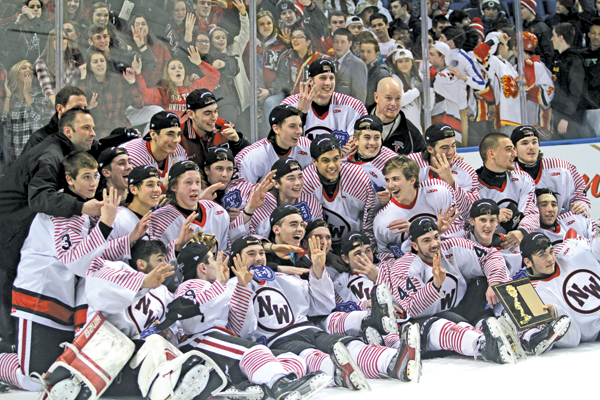 Article and photos by Janet Schultz

The Falcons and Spartans split the second period with goals from Downie and an unassisted one from Chris Churakos for Niagara-Wheatfield. Williamsville's Matthew Terrance netted two.

With 45 seconds left in the second period, the Falcons put in goalie Domenic Tallarico. He finished out the game.

Williamsville tied the score 42 seconds into the third period when Brian Couto dropped in an unassisted goal.

Wheatfield's Andrew Logar scored the game winner with 4:42 left on the clock. Downie and James Stenzel had the assists. Downie then scored the final goal, with assists from Matthew Canada and Logar. The game ended 6-4.

Downie was named Player of the Game after posting 4 goals and 1 assist for 5 points.

Niagara-Wheatfield now moves on to the regionals, facing McQuaid Jesuit High School from Section V. The game will be played in Rochester Institute of Technology's Ritter Arena at 8 p.m. Saturday. 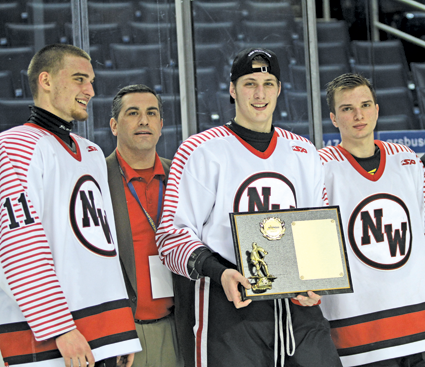