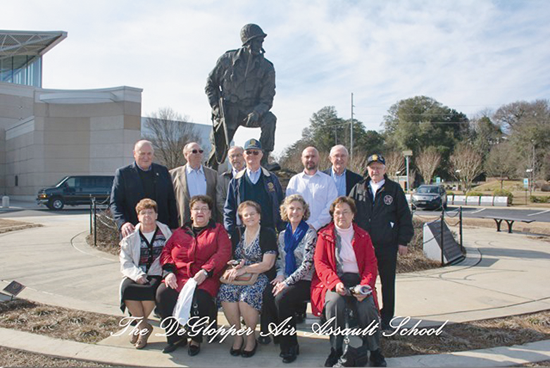 •Taken from the Jan. 30 Island Dispatch

Pictured are the family and friends of Pfc. Charles DeGlopper at the Iron Mike Statue at Airborne and Special Ops Museum in Fayetteville, N.C. The group was in North Carolina for the dedication of The DeGlopper Air Assault School at Fort Bragg, which took place Jan. 22.

The school is named in honor of Grand Island native and Medal of Honor recipient Charles DeGlopper, who, as a member of the 82nd Airborne, landed in France during the D-Day invasion and died in the Battle of the LaFiere Bridge.