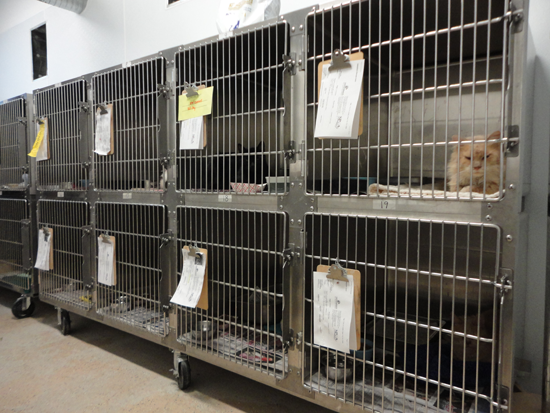 As the occupied cages suggest, the isolation room is already being used to treat sick cats.

The Niagara County SPCA celebrated a new step in its "no-kill" mission with a ribbon cutting ceremony for its new isolation room Thursday, Dec. 18.

The isolation room, built into the facility's garage and designed to have improved air filtration, is used to house cats and kittens with respiratory illnesses, a common issue in pet shelters.

"Because of our nature as a 'no-kill' shelter, we see a lot of animals come in and out of the shelter, and because the conditions are so cramped, we do see a lot of illness," said SPCA Executive Director Amy Lewis. "So it was really imperative that this was one of the first of many steps here at the shelter to really get these animals healthy."

The room holds just under 20 cages, though they are big enough to house multiple cats or a litter of kittens if necessary. Though it has only been in use for about two and a half months, Lewis said the effects are already noticeable.

"The animals that are in the room, that have been placed in the room, they're getting healthier a lot quicker. And moving these guys away from the regular population prevents them from getting sick," she said.

The project cost $20,000. A grant from M&T Bank covered $5,000 and an anonymous donor gave another $5,000. Building materials were donated by Gui's Lumber, and the construction was done by local tradesmen.

"I think this is a proud moment for us," Lewis said. "I think it's the first of many steps toward an incredible future for the Niagara County SPCA." 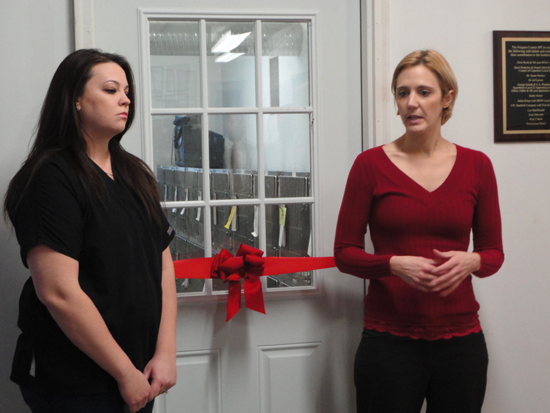