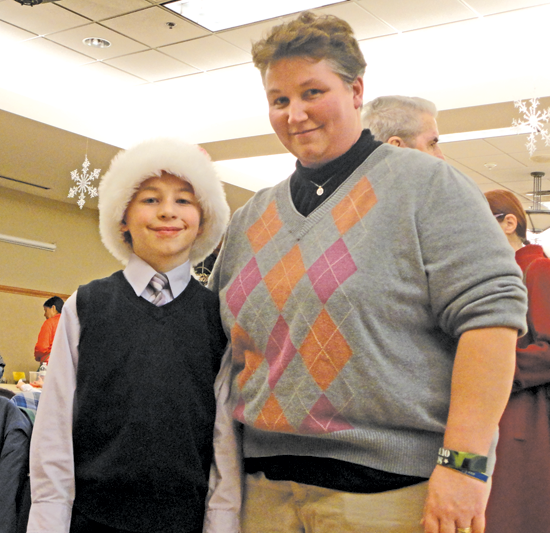 Saturday was a big day for 8-year-old Kyle Stoddard. With the help of his mother, Jen, and other family and friends, Kyle successfully held a fundraiser and toy drive for S.E.R.V. Niagara, an organization dedicated to helping veterans.

"He decided he wanted to do a toy drive. He knew working with homeless veterans and their families, he'd be able to give them a good Christmas," Jen Stoddard said.

The fundraiser included a basket raffle and wine pull, games and crafts for children and pizza, popcorn, punch and other treats. Almost everything was donated, and Stoddard friends and family worked as volunteers. The price of admission was a new toy, which also came with a free sheet of raffle tickets. The event ran from 6 to 9 p.m.

Jen added that Kyle had set out to raise $1,000, which he reached through online donations before the event even took place, so she hoped to be able to double that during the actual fundraiser.

"It's amazing, the turnout already," Jen said shortly after the fundraiser began. "We had people here before 6. It's been even better, so it's nice. It's good to see."

This isn't Kyle's first fundraiser, though - it's actually his third. Last year, the third-grader founded Kyle's Guarding Warriors to help those in need.

"He just decided one day that he wanted to help people," Jen said. "What started out as, we were just going to collect some things to give away, turned into a party, (which) turned into this!" 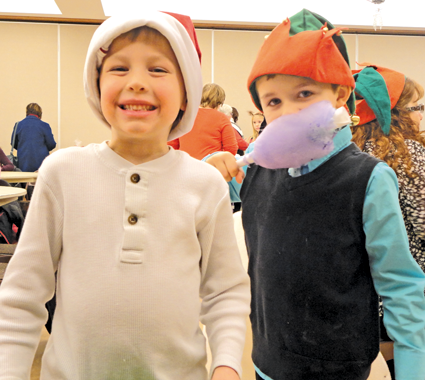 Xavier Severance, left, and Zach Stoddard, who colored holiday ornaments to hand out to guests. 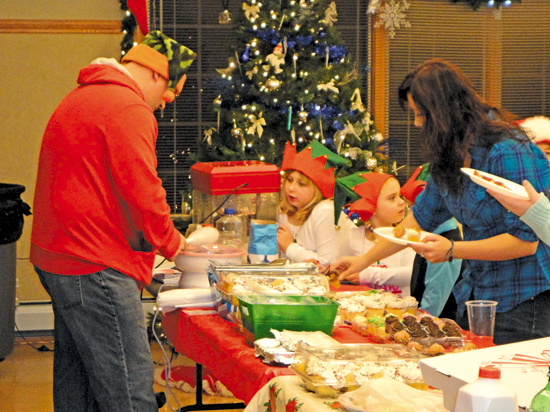 Of course, as far as the kids were concerned, the cotton candy machine really stole the show.