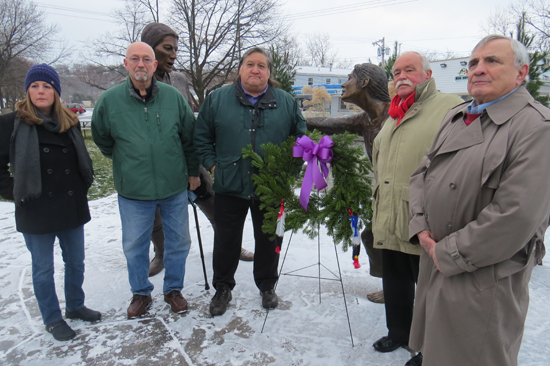 Neil Patterson Sr. from the Tuscarora Nation, members of the Historical Association of Lewiston, and local elected leaders gathered Friday morning at the Tuscarora Heroes Monument to place a wreath in remembrance of the 201st anniversary of the burning of Lewiston. One year ago, the Center Street memorial was dedicated to the brave Native Americans who fended off the British attack. (photo by Joshua Maloni)