Family tradition to end with retirement of area postman

In the coming weeks, residents will see the wrapping up of a family tradition that has existed for close to 70 years in the Youngstown and Lewiston areas.

Over the course of those decades, the Johnston name has become synonymous with efficient mail delivery service, particularly to those customers of Rural Route No. 1 in northern Niagara. What began with dad, John Johnston, covering this route in the 1940s was to become a family affair, with daughters, Cindy and Debbie, and son, John "Duffy" Johnston, pitching in to help out over the years.

The elder Johnston was known for his kindness and generosity to the customers he served. "I remember him going out in blizzards and storms, delivering mail no matter what the conditions," Duffy said.

The younger Johnston went on to take over the route himself and continues on the job to this day, delivering mail to a number of rural route customers in the Lewiston and Youngstown areas. It's a job he's been at for 35 years. But come Christmas Eve of this year, it'll also be one that's coming to end with his planned retirement.

Duffy Johnston, cousin of Lew-Port grad and NFL Pro Bowler Daryl Johnston of the Dallas Cowboys, recently chatted with this writer on what brought first him into this job - a career he's come to love. Duffy said he originally had no ambition whatsoever for the U.S. Postal Service. In fact, he said he was pursing a law enforcement degree in a local college when the Youngstown postmaster, having learned he used to help his dad on the route, asked him if he might be interested. "They saw me in the trucks, they knew I knew the route and they had no one else to do it.

"My dad had gotten sick and the postmaster recognized that I was familiar with the deliveries. She needed someone to step in quickly and talked me into helping out," he said.

Duffy went on to pass the postal exam and took over the route upon his father's retirement. After 35 years of serving area residents, Duffy said he's happy he made the move. "My dad said being a rural carrier is the best job in the post office," Duffy said. "I wouldn't have stayed if I felt differently. It's a good job for good pay."

And like father, like son, the younger Johnston became rather good at it. In 2008, Duffy achieved a milestone, being recognized by the U.S. Postal Service with its distinguished "Million Mile Safe Driving" award for his years of safe deliveries in northern Niagara's rural areas.

At a recent ceremony, Lewiston post office officials paid tribute to Duffy, awarding him a 35-year service pin and accolades from the National Safety Council for his safe driver record. "Duffy is a true professional in all aspects of the job," commented Derek Spencer, manager of post officer operations in Lewiston.

With retirement on the horizon, Duffy says he's now ready to get to work further on a side business, known as Worry Free Winters that he's been at for a few years. It's a personal home-check service where Duffy checks on the unattended residences of area snowbirds. He said he plans on expanding and also looking into other business opportunities in the Youngstown area.

Look at it as a continuation of a family tradition of personalized service in the area. Certainly welcome news for local residents who have come to know and very much like the dedication of this one postal employee. 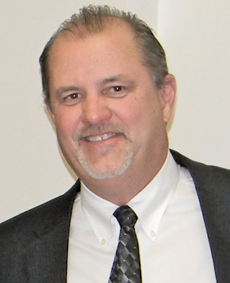