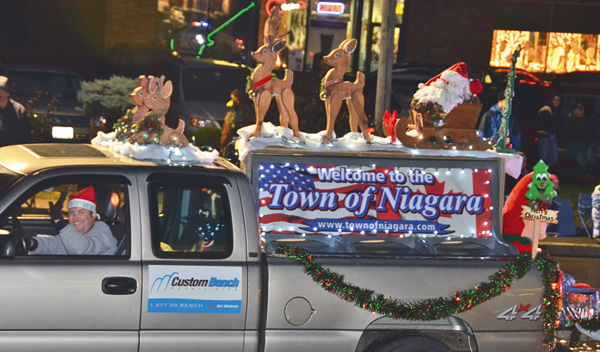 Military Road will once again ring in the holiday season with the Town of Niagara's annual Electric Lights Parade Saturday, Nov. 1.

"It begins the holiday season for shopping on Military Road and provides entertainment when normally, we don't have it in these colder months," said Town Clerk and Deputy Supervisor Sylvia Virtuoso.

Virtuoso will be this year's co-master of ceremony with WBBZ-TV sports anchor and Town of Niagara native Bob Koshinski.

"I get to see so many familiar faces, and you're right down Military Road, which has become such a tremendous business section for the town," he said. "It's such a great event."

The parade will begin at 5:30 p.m. and run from Fourth Avenue to Packard Road.

Parade entrants include service groups such as police and fire halls, as well as bands, dance schools more from both Western New York and Ontario. Country singer JB Aaron, originally from the Town of Niagara, will perform the national anthem.

For the kids, Santa Claus will be in the parade. He will also be at the Children's Party held at Niagara Active Hose Fire Co., 6010 Lockport Road, which begins after the parade.

During the parade, there will also be a food drive. Virtuoso said that because the parade is free, the town welcomes people to bring canned food donations, which will go to the Community Missions, St. Vincent de Paul and Niagara Presbyterian food pantries. She added that donations from one of the parade sponsors, Wegmans, will kick off this year's drive.

"Not only is it a good way to bring in Christmas and the holidays, but they also raise a huge amount of canned goods for the needy," Koshinski said. "It's a feel-good and a do-good event, all in one."

In the meantime, the parade MC's said they looked forward to Saturday's event.

"I love Christmas, so why not the day after Halloween?" Koshinski said. "Let's bring in Christmas." 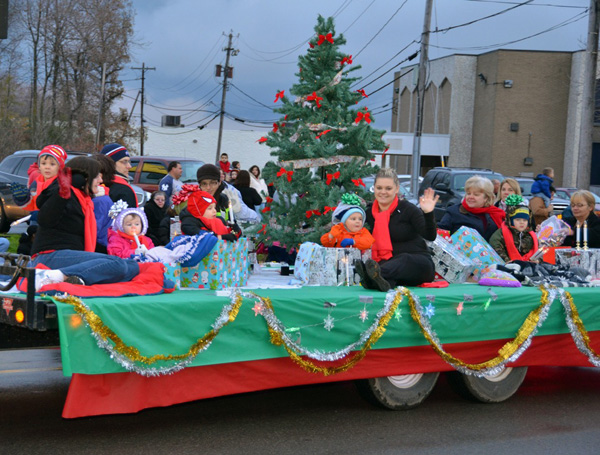