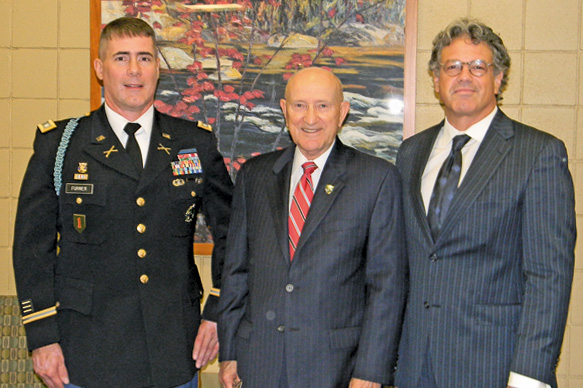 His second 19-year career has been in higher education, teaching at two major universities - George Mason University and at National-Louis University (Chicago and Washington, D.C. campuses). In addition, James worked in Washington, D.C., as a private consultant to industry and government.

He founded the Lewiston-Porter Alumni Association in 2007 and served as its first president.

•Malinverni earned a bachelor degree in music from Crane School of Music and his master of music from SUNY Purchase Conservatory of Music, where he studied piano and composition with Anthony Newman. He is a professor on the jazz faculty at New York University, William Patterson University, and currently on the staff at Purchase College.

An acclaimed performer and composer on the national jazz scene, he has performed at such venues as renowned New York City jazz clubs and festivals, on stage at Carnegie Hall, on National Public Radio and has appeared at the Historic Lewiston Jazz Festival.

The majority of his 12 recordings have placed in top 10 lists for national airplay; and many of his other works have been well-received as a producer, composer, arranger and/or pianist.

Malinverni has established himself as a highly respected figure in New York City concert performances as well as in Europe, South America and Japan.

•2nd Lt. Furner is a graduate of the United States Military Academy at West Point, Class of 1993.

Furner has seen duty in Iraq, serving with the Counterinsurgency Center of Excellence where he oversaw operations. He also served in Afghanistan in 2012, where he was deputy commander of regional Support Command North, a NATO command. In both capacities, Furner helped train and develop host nation forces and their military capabilities.

Furner has also served in Africa, Kuwait, Panama and Korea.

He was recently selected by the Army for promotion to colonel.

The Thursday program featured the induction ceremony before Lewiston-Porter High School students, followed by a reception and classroom presentations with the 2014 inductees.