Art Kroening, the Town of Wheatfield Highway Department superintendent for almost 15 years, will retire at the end of the month.

Born and raised in Wheatfield, Kroening began his position at the Highway Department in 2000 after 10 years in the Niagara County Legislature. He decided to run for the job after the former highway superintendent, Don Mante, announced his retirement.

"I thought, well, now might be the chance for me to make that move, so I decided to do it," he said.

William Ross, chairman of the Niagara County Legislature and a friend of Kroening, has known Kroening for years. He said he got to know Kroening well during his time at the legislature.

Ross said Kroening took that attitude with him when he left the legislature to become highway superintendent.

Ross said that although Kroening couldn't solve every problem due to budget constraints, he "never heard anybody really make a negative comment about Art."

"He's been a good person for the community," Ross said. "He's certainly involved in so many different roles in the community, from government to church to education."

Some of those roles include volunteer work as the treasurer of the Wheatfield Lions Club and Niagara County Volunteer Firemen's Association, as well as teaching Sunday school at his church.

Kroening said he'll also continue volunteering at the Bergholz Fire Co., which he joined straight out of high school 44 years ago. He called the company a big part of his life.

Kroening said that although he enjoyed being superintendent, he looks forward to retirement as time to continue that volunteer work, as well as work on his house and spend time with his grandchildren.

"I loved the job that I was doing," Kroening said. "I'm glad that I could serve the people of Wheatfield for the years that I have." 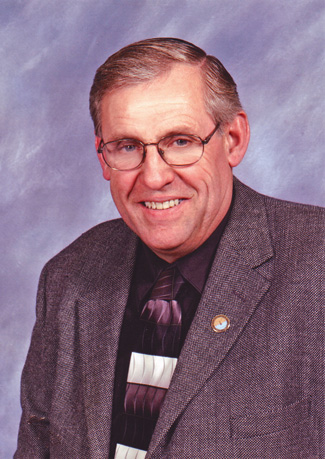