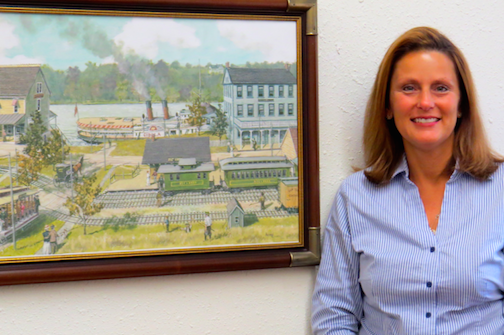 The Village of Lewiston Board of Trustees appointed a new clerk/treasurer Monday following an executive session to discuss the open position.

Current Deputy Treasurer Amy Salada was chosen to fill the position. She has served in the clerk's office since 1990. Salada began as a file clerk before being promoted to deputy clerk and then deputy treasurer.

Mayor Terry Collesano said the board favored Salada's "knowledge of the position, plus she filled in after Karen Goodman left, so she knows that position now very well. She knows all of (the positions).

"And her many years being with the village, as well as her people skills - she's been very friendly with the public, and that's the kind of people we want up front to take care of our public. That's the reason we went with her."

Salada said she's excited to have an opportunity to continue serving the public.

"I have the most longevity here," she said. "I think it would be hard for somebody that didn't have a lot of background here to take it over.

"I know the people. I know the procedures. I've worked with a couple different boards."

The Village Board is now advertising to find someone to serve as deputy treasurer under Salada. Those interested can submit a resume to the mayor's office, 145 N. Fourth St., or call 716-754-8271.

"We'll be doing interviews after we get the applications," Collesano said. "We have five applications already without saying anything. The word gets out, evidently!"

Former Clerk/Treasurer Anne Welch retired in September after 31-and-a-half years of service to the Village of Lewiston.

Welch called the clerk's office a village "command center" when reflecting on her career in a September interview with the Sentinel.

"We field all the calls, complaints, etc.; we set up meetings with the mayor and trustees; we notify the DPW when residents have problems or just need help; we help people with development plans, sign applications, zoning appeals, building permit applications, tourist information, sporting licenses and events - just to name a few," she said.

Melody Griffith also works in the clerk's office and serves as recording secretary for the planning and zoning boards.