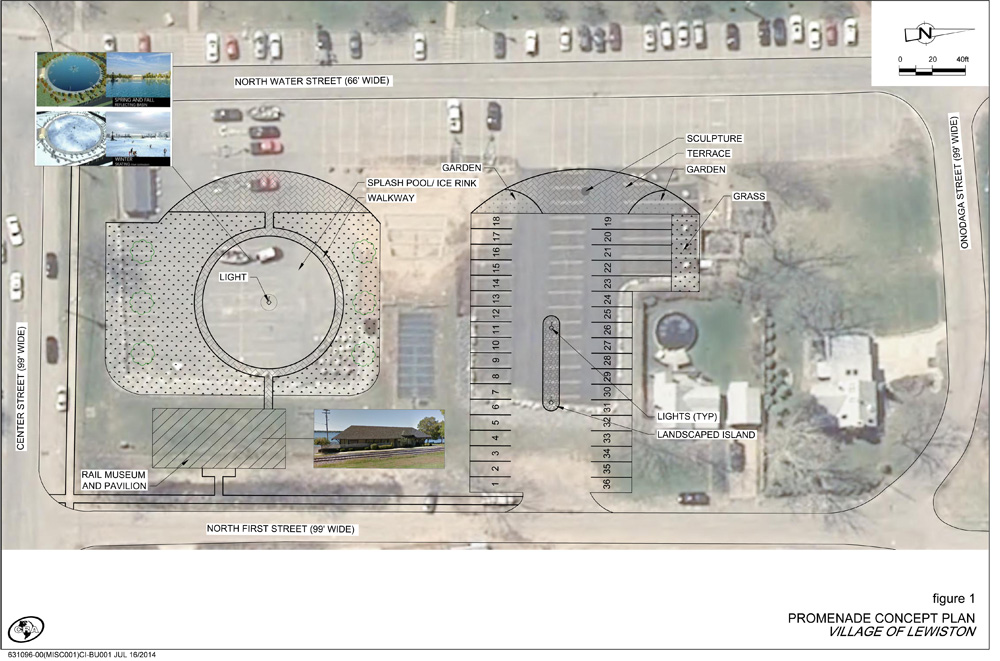 Village of Lewiston has big plans for waterfront

The Village of Lewiston waterfront is thriving, with three popular, successful businesses drawing tens of thousands of people each summer month.

"We were down there with National Grid on Monday," Mayor Terry Collesano said Wednesday. "This is on a weekday. It was like a weekend down there. People walking all over. It was crazy."

For the past four years, the Village of Lewiston has worked with Whirlpool Jet Boat Tours, Water Street Landing and The Silo Restaurant to enhance the waterfront and draw in tourists. They've been successful in those endeavors, but Collesano said there's room to improve.

The mayor recently met with business leaders and members of the Niagara River Region Chamber of Commerce and revealed plans to bolster Lewiston's waterfront. Collesano envisions additional parking, a recreation area, and a museum highlighting the village's transportation history.

"We've looked at it a couple of times," he said. "This is basically about a $6 million project. We were looking at it originally as something we could handle in phases."

There is no project timetable, and all plans are preliminary. If the village finds funding and greenlights the plan, trustees would work to maintain the waterfront's aesthetic and preserve a tourist-friendly environment during each phase of construction.

"Phase one would be to put a ramp up over the entire parking area we have now, which would facilitate about 95-100 more cars," Collesano said. "The bottom level would be strictly for trailers - boat trailers and large trucks and what have you - that facilitate the waters for fishing purposes.

"The upper deck, which would be parallel - flush - with First Street, would be also a parking ramp to the north side. The south side would be a museum, of sorts. It would be a building - a small building - which would depict the history of the waterfront area. It includes the steamships that would come up the river years ago, as well as the gorge line and the rail lines that were down there.

"Also, there would be a splash park in the summer, and it could also be converted into a skating rink for the wintertime."

"I think it's a great plan," Trustee Vic Eydt said. "It's going to alleviate a lot of the parking (problems)."

Water Street Landing owner Jon DiBernardo said, "I like the fact that the village is always trying to be very progressive in what they do, and I trust that there will be a lot of good input and good minds making sure the direction goes in a positive way and protects the existing businesses.

"We hope that it brings more prosperity to the existing business space."

"We're trying to just get the idea out there at this point," Collesano said. "Hopefully with a future source of funding."

The mayor said the plan would require the village to hire some waterfront staff. That, he noted, coupled with the proposal's intent, should qualify it for Buffalo Billion funds.

On Jan. 4, 2012, Gov. Andrew Cuomo pledged $1 billion to the Buffalo area. He instructed the Western New York Regional Economic Development Council to come up with a plan for the money. The WNYREDC website states, "The goal of Governor Cuomo's $1 billion investment is to create jobs for the current population while laying a foundation of sustainable economic opportunity for future generations."

In 2011, Cuomo appointed Hoyt "to work on economic development throughout upstate, including coordinating with the Regional Economic Development Councils."

"We're trying to get a feeler through (Hoyt) in regards to the possibility of coming up with some money through the Buffalo Billion to help us on the waterfront," Collesano said.

The mayor expects to meet with Hoyt a second time this fall.

In addition to Empire State Development, Collesano said the Village Board has had discussions with the New York Power Authority about funding, and considered applying for Greenway money.

Collesano stressed the Village Board would seek public input before finalizing any aspect of the proposal. Nothing in this first look is set in stone. The museum, for example, could move from First Street to Water Street if it's deemed disruptive to the adjacent Barton Hill Hotel's guests.

The mayor said trustees are in the process of updating the overall waterfront master plan, and looking to shore up the piers and break walls while eliminating unsightly utility poles and wires.