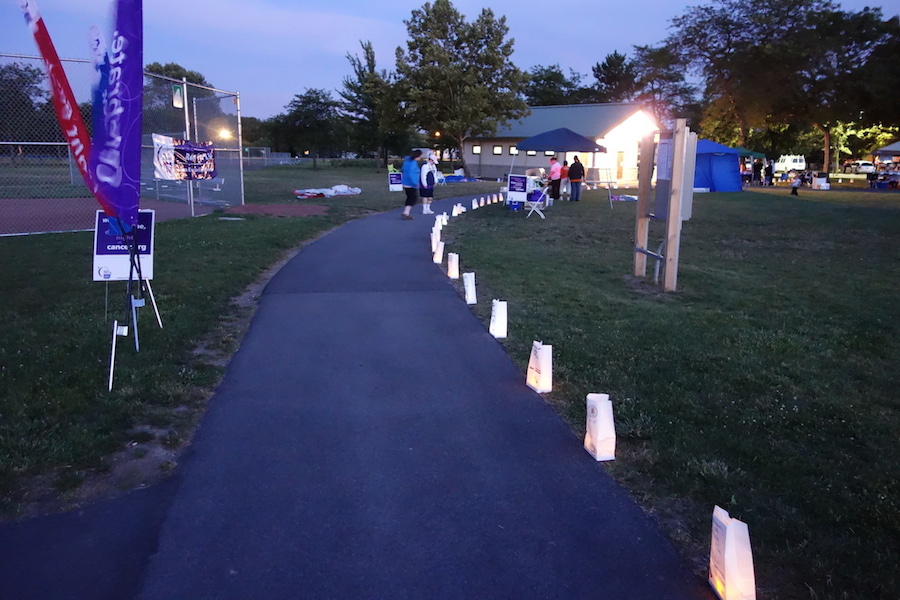 Cheryl Martin, one of three co-chairs on the Lewiston/Niagara Relay For Life committee, has been an involved member of this American Cancer Society event for 14 years.

Cancer impacts the lives of some of the people closest to our hearts, and that is part of the reason for Martin's, as well as many other participants', involvement.

Relay For Life takes place at Reservoir State Park, Military Road, in the towns of Niagara and Lewiston, on Saturday and Sunday, June 21-22, from 3 p.m. to 6 a.m. It recognizes those who have battled with the disease, as well as others that have successfully defeated it.

The event raises funds to one day find a cure for cancer.

"You get a team together and one person from your team is supposed to be on the track at all times." Martin said. "There's symbolism there, with the journey that a cancer patient goes through. Feeling like you're so tired and you can't go anymore, but then the sun comes up and you get a fresh breath."

The walk represents hope and is a microcosm of the struggles these disease fighters face. It also provides the participants with a small amount of insight on what dealing with cancer is like.

Honorary survivors Darla Schultz and her son, Michael, will be recognized at the Lewiston/Niagara Relay For Life for their triumphant journey.

The opening ceremony and Survivors Lap at 3 p.m. will acknowledge those who have personally succeeded in defeating cancer.

As active members of the Niagara-Wheatfield and Wilson communities, Darla and Michael have illnesses that greatly impacted those surrounding them.

Darla shared her story about battling cancer multiple times and finding out five months after the birth of her son, in 2004, that he would be impacted by cancer, as well.

"It was pretty tough, as a parent and a cancer survivor." Darla said. "We went to Roswell (Park Cancer Institute) every three months after that first check-up and by the time he was 2 years old, he was declared in full remission."

Michael was diagnosed with testicular cancer, and although Darla felt it was easy to blame herself for his medical condition, their diseases were distinctly different.

Darla was first diagnosed with thyroid cancer at age 29.

She received invasive surgery and multiple treatments before she was considered in complete remission. Unfortunately, she was re-diagnosed in 2006.

Similar medical tactics were used when she was deemed in remission later on during the same year.

2006 was also coincidently the first year of the Lewiston/Niagara Relay For Life.

Darla has participated every year, along with her son, on the "Church Mice" team, made up of members of the St. Peter North Ridge congregation in Cambria, where Darla's family attends.

Relay has impacted their lives greatly.

"It was 'kind of' a big deal for us, because Michael was 2, and it was the first Relay For Life. We took him there and then we found out (my cancer) had come back," Darla explained. "It has a lot of sentimental meaning to us."

Relay For Life encourages participants not to take any moment for granted.

The American Cancer Society, the organization behind Relay For Life, considers itself to be "the official sponsor of birthdays."

The assistance and financial contributions of those involved in events such as Relay For Life, help give someone more birthdays to look forward to.

"We are happy to celebrate every year," Darla said. "We have the good fortune to be able to celebrate another birthday and we make a big deal about it."

This year's theme for Relay For Life is "Wizard of Oz" and the tagline is "There's no place like hope."

Martin encourages the general public to come and enjoy the atmosphere; you do not have to be on a team to participate.

One of the most popular draws for the general public is the Luminaria Ceremony at 9:30 p.m., where candles are lit to honor those lost to cancer.

"Cancer touches everybody. One in two men, one in three women will be diagnosed. Everybody knows somebody," Martin added. "A lot of people find great support from seeing that they are not alone."

To sign up for a team, donate or dedicate a luminaria, go to www.relayforlife.org and search "Lewiston Niagara."

Help Lewiston/Niagara Relay For Life reach its 2014 goal of 100 participants.