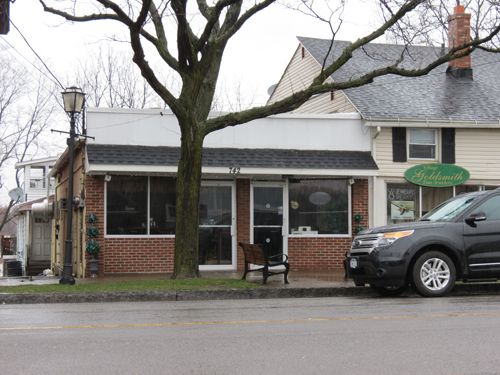 Shown above is a current look at 742 Center St.

David J. Munzi, the grandson-in-law of Vincenzo's proprietor Vincent Morreale, is taking over the pizzeria and plans to reopen May 7. The Lewiston restaurant will have a black letter sign similar to the one it once had, and the original pizza recipe locals came to know and love.

"It's going to be exactly the same as it was before," Munzi said. "The menu will be expanded a little bit. I have a little more equipment now."

Munzi was employed by Vincenzo's for seven years prior to the spot becoming Trusello's Pizza in 2011.

"I've been in the business for 15 years," he said, adding, "It seemed like the right time. It was just the right deal. Right person at the right spot, I guess."